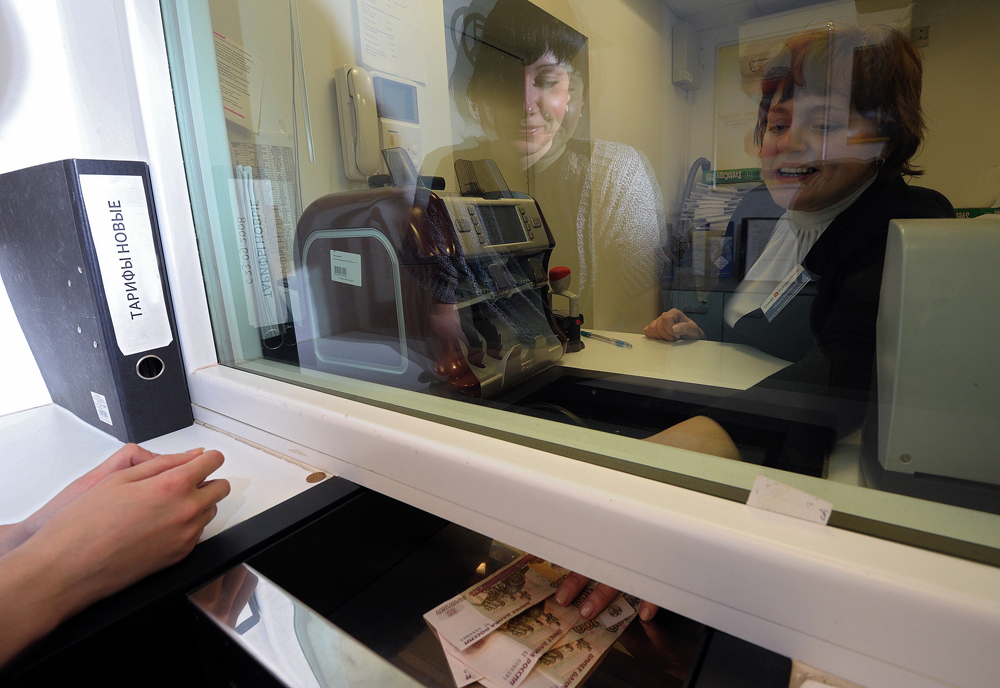 Central Bank's statistical data show that the growth of ruble transfers from migrants over the past two years is a record, with the figure increasing by 5.5 percent in 2015.

Kommersant
In the first quarter of 2016, the volume of international money transfers in rubles grew by 50 percent, due mainly to the devaluation of the CIS currencies against the dollar, say analysts. In 2015, the Russian ruble fell against the U.S. currency less than, for example, the Armenian dram or Tajik somoni.

In January-April 2016, the volume of ruble transfers abroad from non-residents reached 30.3 billion rubles ($4.7 million) – a rise of almost 50 percent compared with the same period last year – according to statements by Russian banks, published by the Central Bank.

Currency transfers from non-residents, on the contrary, decreased over the year – by 7.8 percent to 35.9 billion rubles ($545 million). As a result, over 12 months the share of ruble remittances transferred abroad from migrants increased from 34.3 to 45.8 percent.

The Central Bank's statistical data show that the growth of ruble transfers from migrants over the past two years is a record, with the figure increasing by 5.5 percent in 2015. At the same time, foreign currency transfers from non-residents continued to fall. In 2015, the drop in remittances was even more significant than in 2016, accounting for 13.7 percent.

The total amount of international transfers from migrants (both in rubles and in foreign currency) increased by 11.9 percent to 66.2 billion rubles ($1 billion) in 2016. Last year, the figure fell by 8 percent to 59.1 billion rubles.

The main reason for the reduction in foreign currency remittances is rising currency conversion costs due to the devaluation of the local currencies of CIS countries, which all fell against the dollar in 2015.

The behavior of migrants has not been influenced even by actions by some CIS countries' central banks aimed at strengthening their national currenices. For example, in February 2016, the National Bank of Tajikistan banned local banks from giving out money transfers in rubles, allowing them to do so only in Tajik somoni.

This requirement by the Tajik regulator does not apply to remittances in dollars and euros, but taking into account the devaluation of the somoni, it is still more profitable for Tajiks to send transfers in rubles and receive them in their own currency.

But Pavel Sigal, the first deputy president of the Support of Russia association of entrepreneurs, is confident that the growth of ruble transfers from migrants is linked to yet another factor.

"Most migrants in Russia are natives of the Eurasian Union and CIS countries – Armenia, Belarus, Kyrgyzstan, Tajikistan, Uzbekistan, and some others," Sigal points out. "The trade turnover between these countries and Russia is growing every year, at least in ruble equivalent."

Russia's commercial and industrial partners from these countries need increasingly more rubles. This trend will continue if Russia is able to further advance the project of the use of the ruble as a unit of account in mutual trade.

Maxim Osadchy, the head of the analytical department at BKF Bank, expects that the amount of ruble transfers will exceed the amount of foreign currency transfers in 2016.

First published in Russian in Izvestia