‘The market is alive: It grows slowly, but continues to work’ 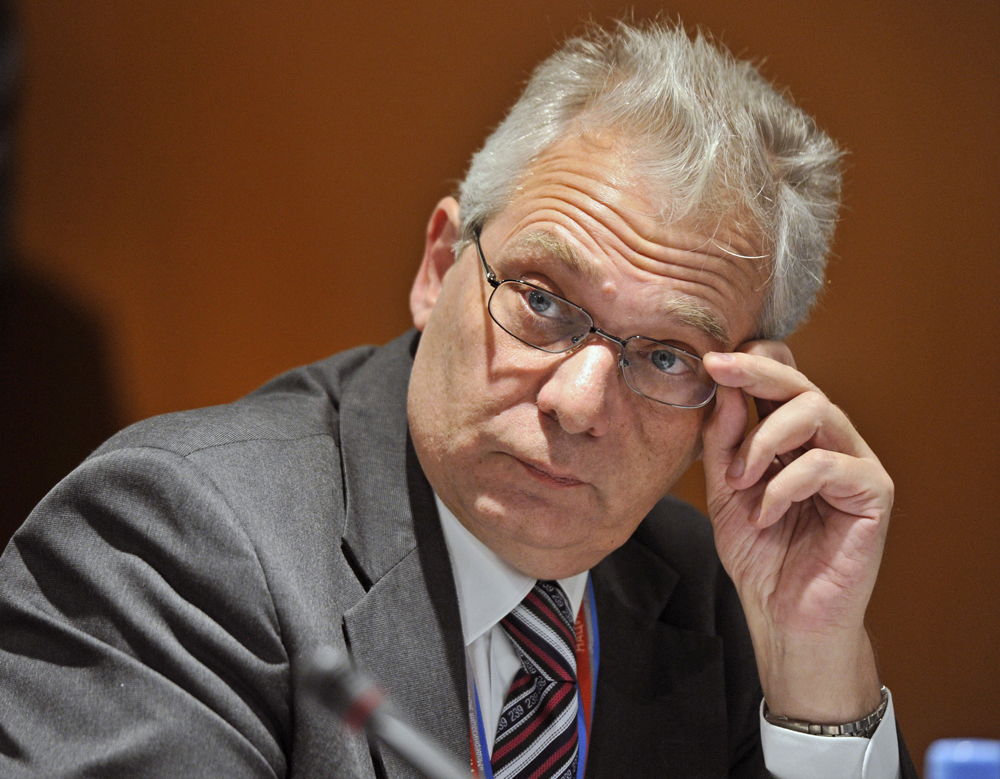 “The task before us was to develop a venture capital market, which previously did not exist in the country.” Photo: Igor Agamirzyan, the CEO and chairman of the board of the Russian Venture Company (RVC).

Kommersant
In an interview with RBTH, Igor Agamirzyan, the CEO and chairman of the board of the Russian Venture Company (RVC), an institution created specifically to develop the country’s venture capital, spoke about the role that Russia can play in the technological developments of the future.

RBTH: Some experts, including the founder of the venture capital firm Almaz Capital Partners, Alexander Galitsky, say that the next revolution will be in the food sector. What part could Russia play there?

I.A.: I do not think that this revolution will be linked to agricultural land – it is primarily about the industrial production of synthetic foods. Today we are able to make [synthetic] milk that is indistinguishable in taste from natural milk, but it is still more expensive to produce. With increasing mass production due to economies of scale, it will be cheaper. Synthetic meat is already at the level of commercialization: numerous startups are engaged in its production and 3-D printed steaks are becoming increasingly popular. When these technologies begin production, they will drastically reduce the need for cattle. The advent of new technologies will change the labor market dramatically, and traditional agriculture will remain as a boutique product for the most affluent buyers. In as little as 40 years from now, mass-produced food will be synthetic. Russia also may become a producer of expensive organic products, since this country's agricultural sector is one of the world's strongest.

RBTH: Apart from agriculture, what other areas in Russia may be of interest to foreign investors?

I.A.: Currently there is a lot of talk about the chemical industry, but this is just a redistribution of previously expressed ideas. We have not yet made any breakthrough discoveries in this field. Today, a significant proportion of non-oil exports from Russia are made up of different kinds of engineering, for example, in software or nuclear technology. As I see it, the first place in high-tech exports from Russia is occupied by arms, the second in software and the third by nuclear technology. These are three areas where Russia not only has potential, but remains one of the world leaders.

The magazine Doing Business With Russia by RBTH - now in print

RBTH: How significant were Western sanctions for Russian technological development?

I.A.: I think this effect has been insignificant in the field of technology. If there is some [effect], it is in the field of military development. The sanctions first and foremost affected the field of finance. Foreign funds have become wary of Russian projects: political risks cost money and as a result, the value of Russian companies fell sharply. On the other hand, the venture market in Russia was overheated for a long time and now its value is much closer to reality. Some foreign funds quit the Russian market, while others, more likely, did not come, even though they had earlier planned to enter Russia.

The Russian Venture Company, for its part, is aiming to close market gaps. When the market was overheating, we acted conservatively, and when it began to fall, we stepped up our work. In 2015, almost half of the venture capital funds in the country were created with the participation of RVC.

RBTH: The Russian Venture Company was conceived as a development institution. Were you able to turn it into such a platform?

I.A.: The task before us was to develop a venture capital market, which previously did not exist in the country. There were only a few examples of investment by Western foundations. But as a result of the whole assortment of actions taken by us, Russia ranked first in Europe in terms of venture capital market growth. From 2010-2012, we had a tenfold increase in the venture capital market, and in 2013 we took second place in Europe after the UK in terms of market volume. In 2013 the market was at its peak, but then it fell. At the same time, the number of companies that decided to withdraw from Russian startups increased. But the market is alive. It grows slowly, but continues to work. There is always more money than ideas and teams in the venture investment market. In Russia, this proportion was well above average for several years. In the world, the available capital is 3-4 times higher than the usual annual volume of investment, but in Russia, this factor was equal to seven. Now that the money supply has decreased we are closer to the standards of a developed market.

RBTH: To what extent did the economic crisis became an appropriate time to create breakthrough ideas in Russia?

I.A.: I have mixed feelings because, on the one hand, the conversation about the important and key points of the country's development is much more candid. On the other hand, there are practically no new ideas. We are going in circles in a sense, formulating unrealized ideas. One of the few ideas that emerged recently, which was voiced at the Krasnoyarsk Economic Forum in February, is the growing role of informal communities. In the current structure of the economy, such communities are playing an increasingly important role and our government must learn to work with them.