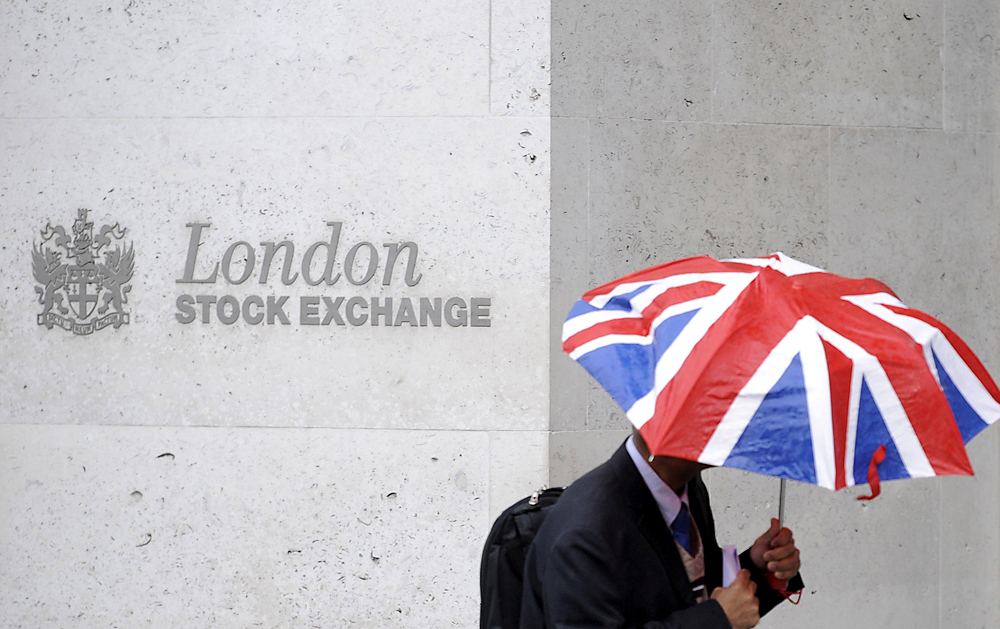 The UK’s possible exit from the EU will lead to a reduction of trade.

Reuters
Rather than being a boon, UK’s possible exit from the EU could cast the Russian economy into troubled waters.

Despite Russia being called one of Brexit's possible beneficiaries, in reality the UK’s potential exit from the EU poses more risks for the Russian economy than advantages.

Experts believe that Russia's economy is threatened by the fall in oil prices due to the reduction of world trade. Russian companies could delist their stocks from the London Stock Exchange, which would decrease their value. As a result, the government could postpone the sale of the shares of Russia's largest oil company, Rosneft. However, it is also possible that the EU will soften its anti-Russian sanctions, since the UK was a consistent proponent of prolonging them.

After the publication of the UK referendum results, the cost of oil fell by more than 6 percent to $47.77 per barrel.

"Market participants are expecting a noticeable reduction in the demand on crude due to the slowdown of the largest European economies, the rupture of economic ties and instability on the currency market," explains Timur Nigmatullin, a financial analyst at Finam Holdings.

The UK’s possible exit from the EU will lead to a reduction of trade.

"Today the country [UK] follows trade regulations established by the EU,” noted Igor Kupalov, an advisor to Russia's Permanent Representative to the UN and other international organizations in Geneva. “Therefore, if it leaves the EU it will have to determine new trade regulations within the WTO."

"The European Union has negotiated the obligations and commitments to WTO partners on behalf of its 28 member states – including Britain. In leaving the EU, Britain will remain a member of the WTO but it no longer has formal obligations to its WTO partners. These will have to be negotiated but first the UK and the EU will have to work out their own deal," Keith Rockwell, director for the WTO's Information and External Relations Division, said at a meeting with Russian journalists in Geneva.

"After Brexit a series of companies will delist their stocks," believes Nigmatullin.

Rosneft, Russia's largest oil company, could be one such company. In 2016 the government decided to sell 19 percent of Rosneft's shares. Buyers always focus on a company's public value. In such a case Rosneft could either postpone the sale or abandon the stock exchange completely.

In an interview with Bloomberg, German Gref, the head of the state-owned Sberbank, Russia's largest bank, said that the value of Russian companies could fall by 10 percent. Besides Rosneft, the government also intends to sell shares of the Alrosa diamond producer, which also trades on the London Stock Exchange.

3. The decrease of indexes

After the announcement of the UK referendum results, trade on June 24 on the Moscow Stock Exchange opened with a decrease in quotes. For example, the IRTS index, which is fundamental for the Russian market, fell by more than 5 percent.

Sberbank's shares during the run-up to the Brexit alone fell by 10 percent and could fall by another 10 percent, says Gref.

"In the course of the next 2-3 weeks all Russian companies will lose 5-10 percent of their value,” he said. “This is why there is not a single person in the Russian government that would welcome the UK’s exit from the EU."

Gref's believes that it is in Russia’s interests to preserve the unity of the EU as a trade partner.

4. The possible softening of sanctions

The only positive consequence of Brexit for the Russian economy could be the possible weakening of anti-Russian sanctions. The UK had consistently spoken in favor of preserving the sanctions against Russia, which were introduced in 2014 because of the Ukrainian crisis, although some other countries – primarily France and Italy – have expressed a softer position.

In turn, the UK's Secretary of State for Foreign and Commonwealth Affairs Philip Hammond called on EU countries to maintain the anti-Russian sanctions. Although in his words, the UK's exit could theoretically mean the softening of the sanctions. Of course, the removal of sanctions offers no guarantee of having a positive effect on Russia's economy.