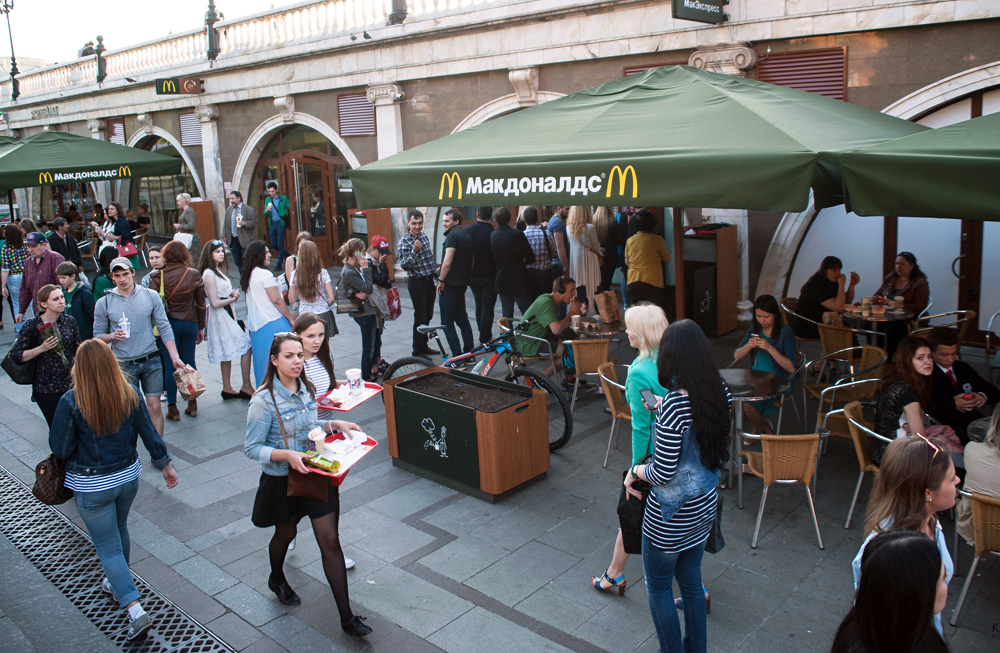 McDonald's has become the largest restaurant chain in terms of customer volume to service clients of the Russian payment system.

Beginning on July 1, 2016 all McDonald's outlets in Russia have accepted payments via the Mir card, the Russian business daily Kommersant reports. The company has become the largest restaurant chain in terms of customer volume to service clients of the Russian payment system.

Agreements have already been signed to issue Mir-Maestro, Mir-JCB and Mir-AMEX cards, the company announced on its website.

In May 2014, Visa and MasterCard suspended service with several Russian banks in compliance with U.S. sanctions issued following the controversial referendum on the status of the Crimean Peninsula. Two months later, Russia set up a national payment card system designed to become an alternative to American bank cards.

The first Mir payment cards were issued in December 2015.  At the present time more than 100 Russian banks work with Mir card customers.