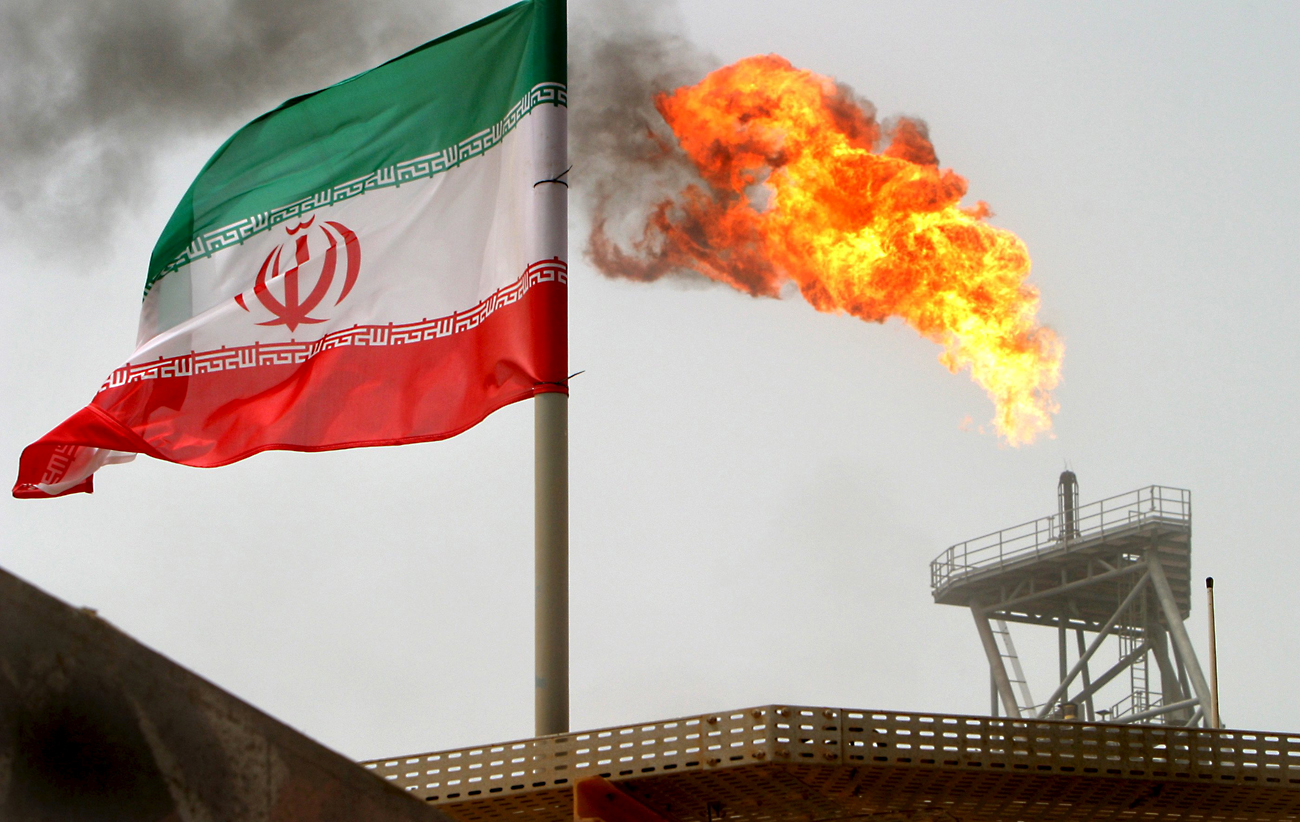 If Gazprom acquires a stake in the Iranian gas sector, it would be able to partially control Iranian gas streams and prevent competition with Russian gas in Europe. Photo: Gas flares on an oil production platform in the Soroush oil fields alongside an Iranian flag on July 25, 2005.

Reuters
Stakes in Iranian companies would help offset competition on the continent.

Russian energy giant Gazprom has sent a note to Iranian authorities with a request to participate in gas liquefaction, writes Iran’s Mehr News Agency. If it acquires a stake in the Iranian gas sector, then Gazprom would be able to partially control Iranian gas streams and prevent that country’s competition with Russian gas in Europe, according to a report on the Russian news portal Gazeta.ru.

Currently the National Iran Oil Company (NIOC) is preparing the technical and economic justification for holding the tender. In February 2016 Russian media wrote that Iran had begun cooperation with Gazprom. The NIOC reported that five joint committees had been created in the areas of investment, repair jobs, servicing, storage and oil and gas processing.

According to oil company BP, Iran is thought to have one of the largest reserves of gas in the world – 33 trillions of cubic meters of gas or about 17-18 percent of the world’s supply.

Since the early 2000s Russia and Iran have been working on ambitious gas pipeline projects in Europe. Iran was initially involved in the planning of the Nabucco oil pipeline, which was to provide gas to Europe via Turkey, but instead decided to focus on the Persian pipeline. This proposed project could provide up to 40 billion cubic meters per year to European customers. The South Stream, a Gazprom oil pipeline project, was to go through the Black Sea. Construction began in 2012, but a variety of factors led to its cancellation in late 2014.