China's Silk Road may push Poland toward reconciliation with Russia 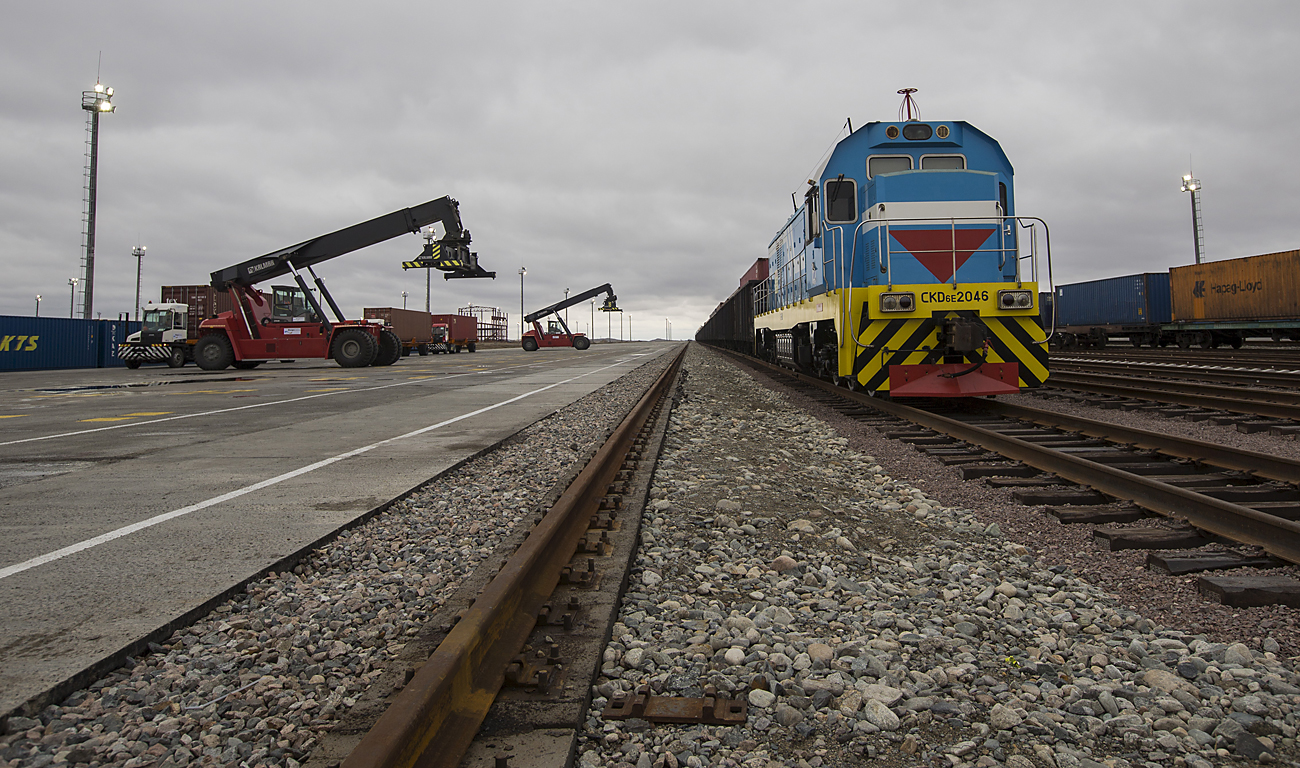 Railways and a container yard are seen at the Khorgos border crossing point, east of the country's biggest city and commercial hub Almaty, Kazakhstan.

Reuters
Kazakhstan is calling on Poland to enter an agreement with Moscow to establish a transportation corridor through Russia. Warsaw may find the prospect of collaborating with Russia unattractive, but in reality, the proposal is part of a far more global design conceived by China – and Beijing will have its own arguments for the Poles.

Historically, relations between Russia and Poland have been uneasy at best. But a chance to improve the currently frosty relationship may have come from an unexpected quarter: Kazakhstan is trying to persuade Warsaw to establish transit flows through Russia as part of Beijing’s ambitious project to build lucrative new trade routes from China to Europe.

Kazakh President Nursultan Nazarbayev has invited his Polish counterpart Andrzej Duda to enter into a tripartite agreement with Russia on the issue of the transport corridor.

"Economic cooperation [between Poland and Kazakhstan] rests on one tough question – transportation. On how to get from Kazakhstan to Poland and back. Traditional communication is through Russia," said Nazarbayev, speaking at the Polish-Kazakh Economic Forum on Aug. 23.

"Let us propose an initiative today, turn to Russia, and start to work out a tripartite agreement at least on transport," Nazarbayev said to his Polish counterpart.

The interest of Kazakhstan and Poland is not only in trading more effectively with each other: The main thing for both parties is not to miss the opportunity to become part of a global transit route from Asia to Europe, which China wants to implement.

This is the Silk Road Economic Belt (in China it is called One Belt, One Road), a project proposed by President Xi Jinping during a speech at Nazarbayev University in Astana in 2013.

The Silk Road involves the construction of three rail and road corridors – the northern, central and southern. The northern route passes through Kazakhstan and Russia to Europe to the Baltic Sea at St. Petersburg. From Russia, the western link will pass through Belarus and Poland to Germany and the Netherlands.

Russia, Kazakhstan and China are already taking steps to implement the Chinese project. Since 2016, they have simplified road freight transit traffic between China and Russia through Kazakhstan, having signed the relevant agreement. While earlier the journey to Russia for trucks took a week, now the travel time has been reduced to two days.

The essence of the northern route is that it is completely by land, so it is not necessary to transfer rail-transported cargo to ships.

"In this form, this path is impossible without Russia, whose territory is crossed by a large part of it," said Pavel Gennel, the CEO of the Russia-Europe Investment Consortium.

How to strike a deal with Poland?

Other countries, such as Ukraine, could serve as an alternative to Poland. However, there are many arguments in favor of the idea that it is better for Moscow to reach an agreement with the Poles.

Firstly, this is what China wants. It is no accident that the Chinese president visited Poland in June this year. Secondly, it is through Kazakhstan and Poland that the shortest land route from Asia to Europe lies. Thirdly, Russia's road infrastructure allows for a turn to be made toward Central Europe.

Therefore, in order to become part of the global infrastructure project and get large transit flows, it is better for Russia and Kazakhstan to agree with a Poland that has been rather obstinate of late. Earlier this year Warsaw unleashed a transit war against Russia when road transportation between the two countries was brought to a halt for a few months.

Nevertheless, the Silk Road may be a uniting link for which it is worth forgetting old grievances. Such a large-scale project will also have an influence on any possible political reconciliation between Russia and Poland.

What answer Poland will give to the proposal depends on what prevails: economic pragmatism or the geopolitical factor, according to Dosym Satpayev, director of the Institute for Risk Assessment.

"If in addition to Kazakhstan, some effort will be made by China, then at least it will be a definite trend: Two players are already prompting Poland to take the economic interests into account," he said.

The benefit of participating in this global transport route for Warsaw is beyond question. For Poland, this is an opportunity to preserve its role of the land gateway to Europe and increase transit flows, which means an increase in revenues and profits.

"A golden rain, literally, will fall on any country that becomes part of the Chinese transit to the EU, and the pragmatic Poles understand this," said Pavel Gennel.

In turn, China promises to dig deep into its pockets to fund the implementation of the Silk Road project, and attracting investors to such an initiative will not be difficult. China is ready to allocate about $40 billion to the creation of the Silk Road fund, which will be used to provide financial support for the construction of appropriate infrastructure.