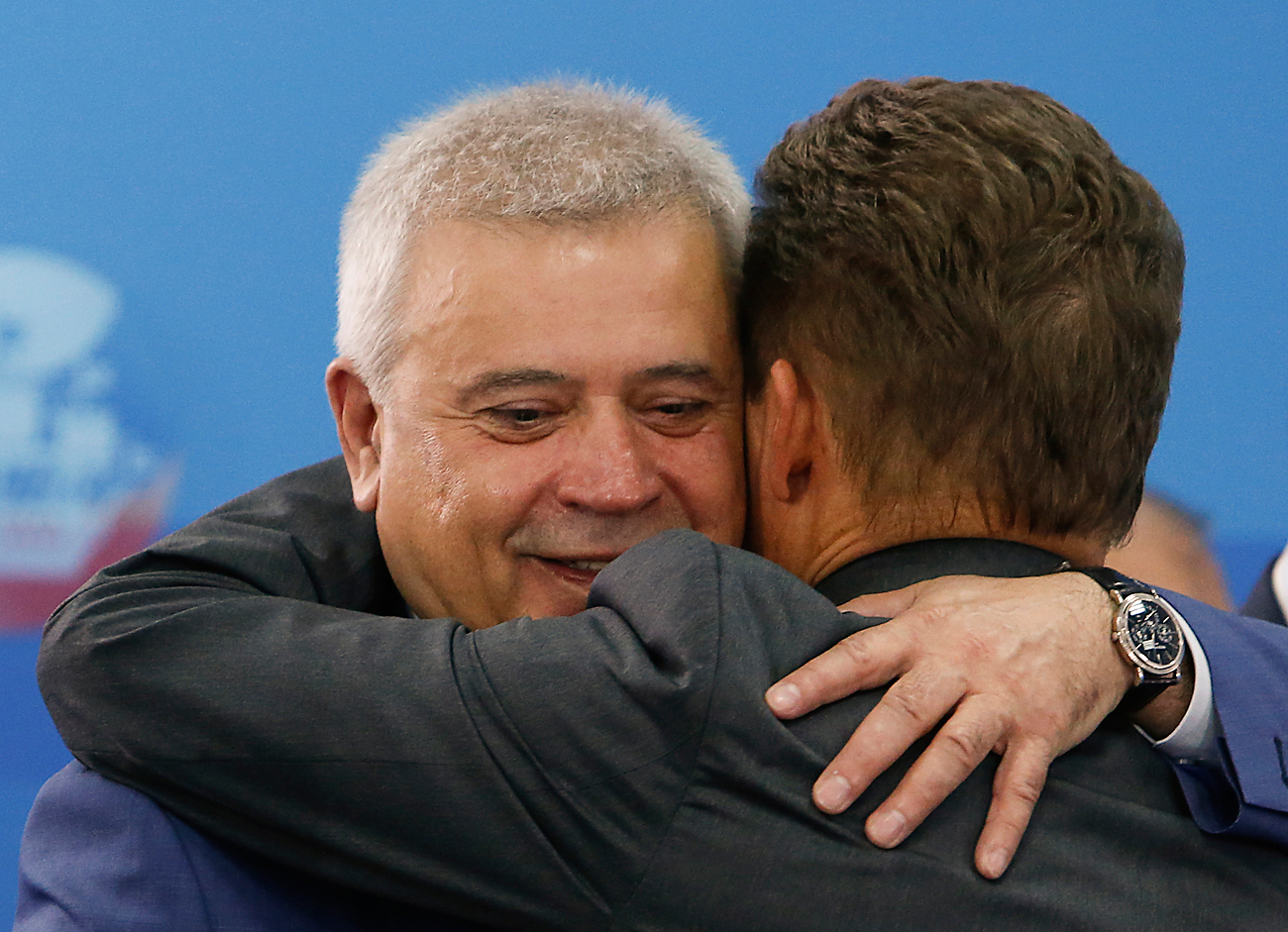 Reuters
The devaluation of the ruble has allowed Russian energy companies to slash their costs in dollars, thus increasing their profits dramatically and securing a ranking among the world’s energy giants.

For the first time since 2011, Russian state-owned gas monopoly Gazprom has been named one of the world’s top three biggest energy companies, according to the latest rating from S&P Global Platts.

The first two places in that rating belong to U.S. multinational ExxonMobil and South Korea's Korea Electric Power Corp, respectively. In a mere year, the Russian company jumped 40 places, from 43rd place to third. In terms of revenues, Gazprom ranked ninth in the world and in terms of net profit, it came second, with only ExxonMobil ahead of it.

Furthermore, the list of the world’s 10 biggest energy companies has three more entries from Russia: the state-owned oil giant Rosneft and the privately-owned Lukoil and Surgutneftegaz oil companies.

“Platts ratings that feature companies with cumulative assets of over $5 billion are built on four key metrics: asset worth, revenues, net profits, and return on invested capital (ROIC),” said Alexander Yegorov, a senior analyst with the TeleTrade group of companies.

With over a century-long history, S&P Global Platts is one of the two – the second being Argus Media – most influential price reporting agencies in the global oil and petroleum products market, explained Alexei Kalachev, an expert analyst with Moscow investment company Finam.

As the authors of the report explain, in 2015 Gazprom dropped out of the Top 10 because of the sharp devaluation of the ruble against the dollar, which resulted in foreign currency losses and made it more difficult for the company to make its debt payments and extend credit lines. However, in the long term, the company stood to benefit from the devaluation of the ruble since it reduced its costs on the domestic market.

In fact, it is thanks precisely to the devaluation of the ruble that the other Russian oil companies have made it to the top 10: Lukoil rose from 13th to sixth place; Rosneft from 10th to seventh; and Surgutneftegaz from 12th to ninth. Furthermore, Surgutneftegaz has become the world’s second energy company in terms of ROIC (20 percent), outstripped only by India’s Coal India (41 percent).

“High profit margins in foreign currency was the main factor that decided the Russian companies’ rankings,” explained Alexei Kalachev. Thanks to the devaluation of the ruble, he continued, Russian oil and gas companies have an advantage over their foreign competitors since, if calculated in dollars, their costs inside the country have decreased, while in rubles they have not risen dramatically.

Furthermore, of the biggest players, Gazprom continues to have the lowest debt burden, which is lower than its EBITDA (earnings before interest, taxes, depreciation, and amortization), according to Georgy Vashchenko, head of Russian stock market operations at Moscow investment company Freedom Finance.

Setbacks for the big boys

The majority of the world’s biggest oil and gas companies have, on the contrary, seen their rankings deteriorate dramatically because of the continued oil price slump. U.S. firm Chevron and ConocoPhillips, Anglo-Dutch multinational Shell, and China’s CNOOC and PetroChina did not make it into the top 10.

In 2015, the combined profits of the world’s 28 biggest energy companies collapsed over five-fold, from $139.34 billion down to $25.73 billion. This is the lowest ever amount since the rating was first launched in 2002, reports the RBK business daily.