Is Russia’s car market getting back on the road to recovery? 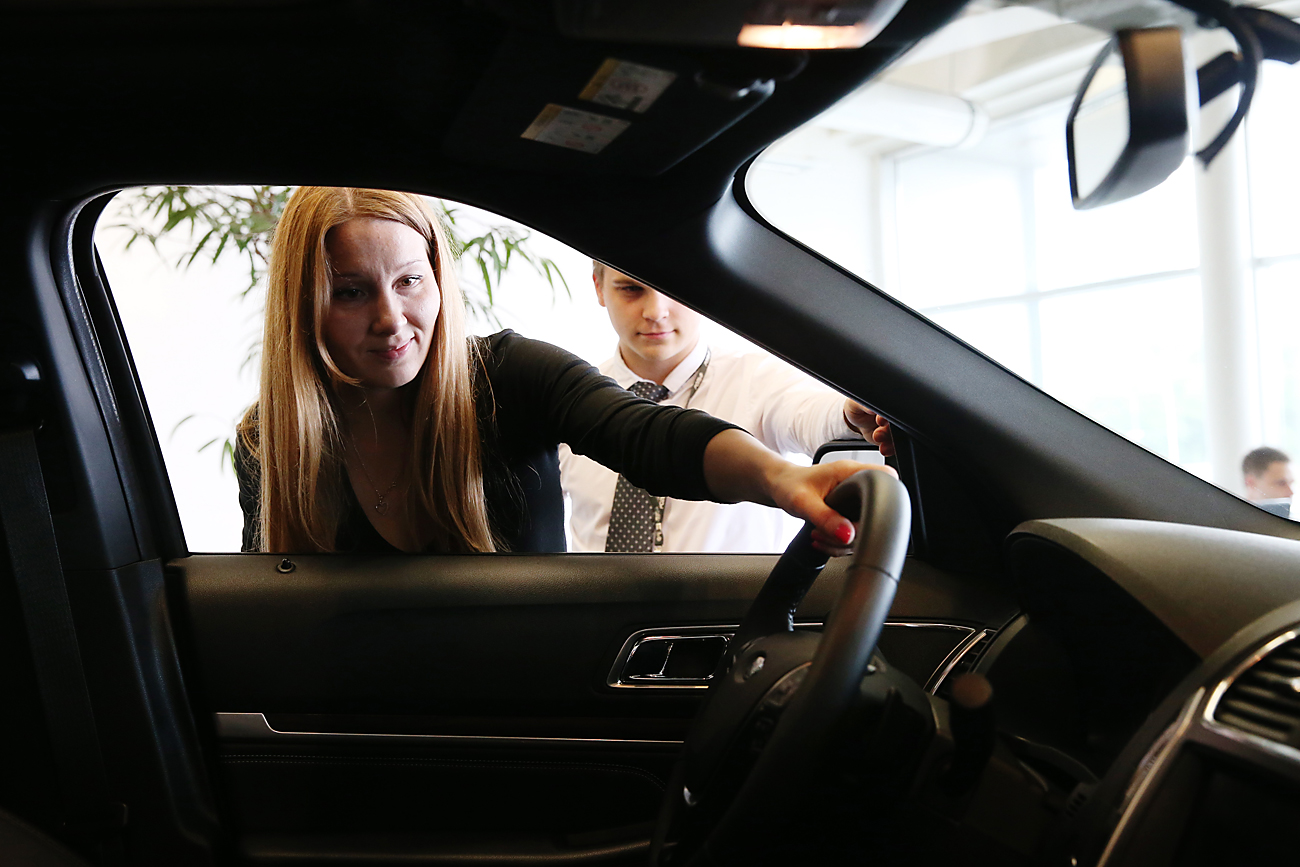 Russia has been able to improve its position in the "European championship" thanks to the usual summer reduction of car demand in Europe. Photo: A client of Ford dealership and service center.

Artyom Geodakyan/TASS
A new report shows that Russia’s car market is currently one of Europe’s largest, despite its continuing slump. Analysts say the market’s decline is slowing, but more and more Russians are buying used and compact cars.

By the end of summer 2016 Russia reached third place in the rankings of the largest car markets in Europe, according to a report (in Russian) prepared by analysts from the Autostat agency, though analysts point out this is merely the result of seasonal trends and that the industry remains in crisis.

The report says that Russia has been able to improve its position in the "European championship" thanks to the usual summer reduction of car demand in Europe. In comparison, car sales in Russia in August totaled about 106,000 units (excluding LCVs). Germany was the leader in terms of car sales in August, with 245,076 cars sold (+8.3 percent). In second place was France with 118,418 cars sold (+8.3 percent).

"The Russian car market still cannot come out of crisis. But the decline is slowing down. The main reasons that weakened sales have not been removed," says Mark Goikhman, an analyst at Russian brokerage firm TeleTrade. 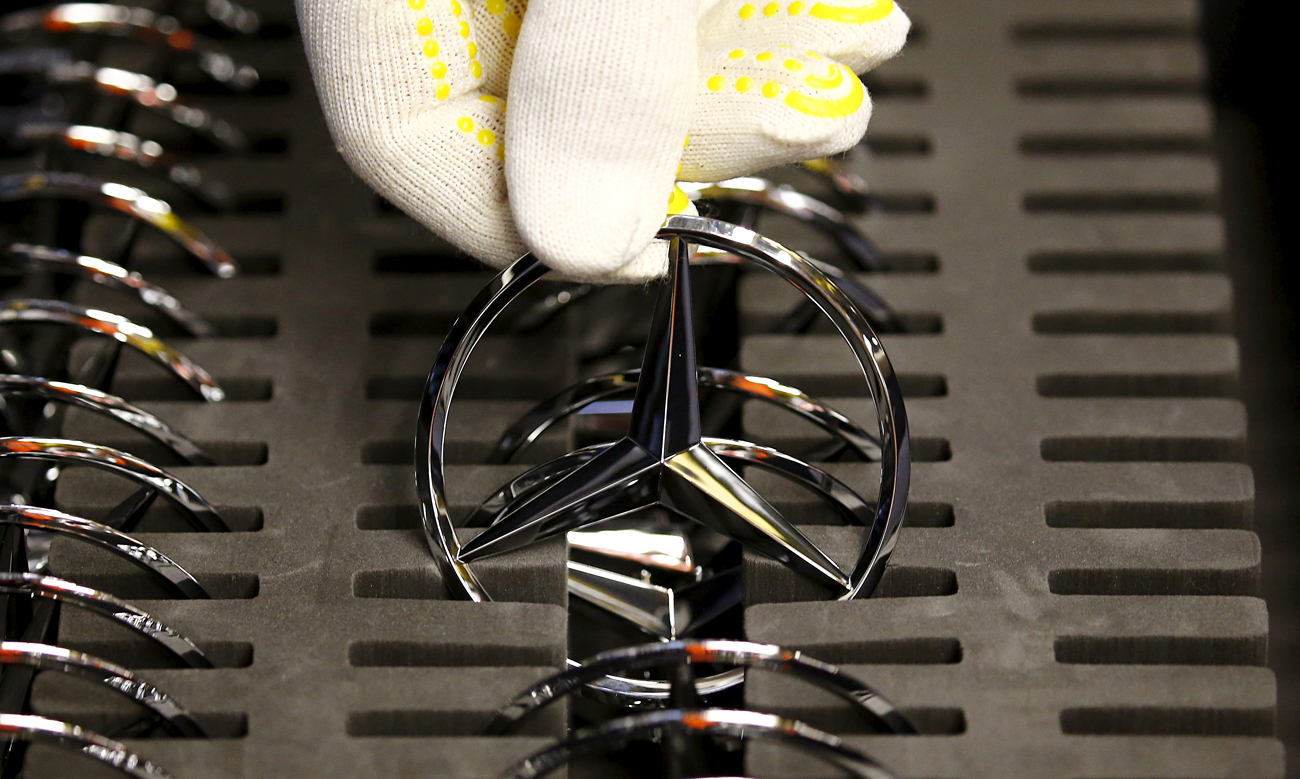 Mercedes-Benz to build plant in Russia for 300 million euros

In his words, this primarily involves the general reduction of volumes in the economy, which still has negative dynamics, as well as the decrease in the population's real income, which reached a year-on-year 8.3 percent in August 2016.

In the first half of 2016 a total of 45.8 million cars were sold throughout the world, according to Autostat. Sales increased in comparison to last year by 3 percent. However, the Russian car market was ranked only 14th.

"The failure was tremendous. If we take the volumes in the first eight months of 2016, we see that the decline was less – by 14.9 percent [in comparison to 2015]. And in comparison to July there is even a local growth of 4 percent in August. This is a fragile and insignificant success that can be related to seasonal factors," said Goikhman.

However, he added that even with these volumes Russia has been able to reach third place in Europe in terms of sales, despite the fact that in July it dropped out of the top five.

"The thing here is that in the summer car sales are usually lower in European countries. This helped Russian customers enter the top three," he said, adding that the upcoming months will show if the cautiously positive trend will remain.

A demand for local cars

With the country’s economic slump continuing, Russians are spending less on foreign cars. Nine out of 10 leading new cars, in terms of sales, are produced in Russia, according to the Association of European Business.

A good example of a company adapting its product to low-end clients is Avtovaz. In 2016 it plans to produce a total of 420,000 cars, including the Renault, Nissan and Datsun brands. 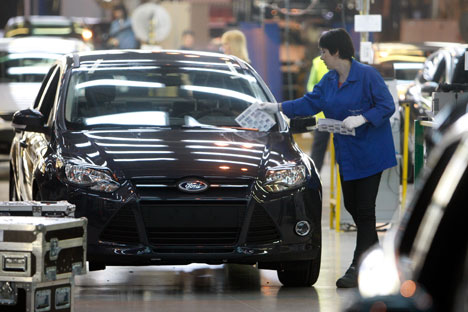 The company says that the total volume of sales in the Russian car market this year will be about 1.3 million units and currently Lada is doing better than any other car on the market. According to the company's official data, Avtovaz has been able to obtain a 20-percent market share in Russia.

"In comparison to the same period a year ago, August was unable to break the negative trend in the sales dynamics that we've seen in the last months," said chairman of the AEB Automobile Manufacturers Committee Joerg Schreiber.

In his words, the good news is that the market has now stopped its dip below the previous historic low in 2009 and will continue to improve in September.

In such a situation people in Russia are buying used cars with increasing frequency. In their report the Autostat experts identified 10 budget cars that are very popular among Russians on the used car market. All these means of transportation can be found in an accessible price range and contain compact motors.

The most popular automobile among car lovers is the Daewoo Matiz, which sold more than 30,000 units in the last eight months. Out of all the domestic cars the OKA is the most successful, having sold almost 20,000 units. Among the least popular compact cars is the Smart Fortwo, which sold only 535 units and the Chery QQ, which managed to sell slightly over 400.

Read more: A ride on the wild side: A madcap adventure by taxi in St. Petersburg>>>