Swimming against the tide: Russia’s trout industry takes off

Today the Republic of Karelia produces three quarters of all the red fish in Russia, and the Karelian trout is known for its excellent quality.

PhotoXpress
Fish farming is not particularly successful in Russia. However, there are some notable exceptions. Thanks to local entrepreneurs, in a republic in Russia's north the production of one of Russia's favorite fish, the trout, is developing at incredible speed.

Russia's most beloved fish is salmon, or "the red fish," as it is called by Russians. Without it no feast is really a feast. However, the best types of salmon, which are farmed in Norway and Scotland, have become inaccessible for Russians due to the fall of the ruble and Moscow’s embargo on Western food imports.

As a result, local producers have been able to take advantage of the shortage of the tasty fish. Today the Republic of Karelia produces three quarters of all the red fish in Russia, and the Karelian trout is known for its excellent quality. The fish has been awarded gold medals at international competitions, while the local state university has already begun preparing expert trout farmers.

Nikolai Fyodorenko, a modest entrepreneur from Karelia, recently scored a remarkable triumph at the SIAL 2016 Food Exhibition in Paris. His trout received three gold medals simultaneously and the event's guests and participants were vocal in their appreciation for its quality and fine taste. However, there was nothing ephemeral about Fyodorenko's success – it was the fruit of 30 years of meticulous work.

Fyodorenko, who had a childhood passion for fishing, founded the first Soviet fishing cooperative during the perestroika years. 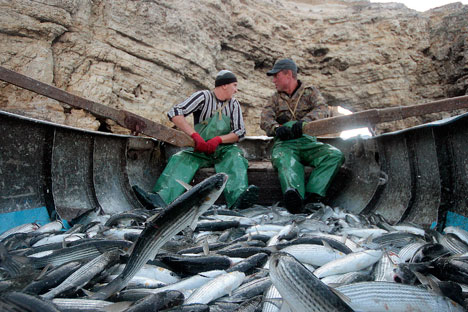 "I had always dreamed of farming fish, not catching it. Then I rented a lake from the city, stocked it with fish and the business began to evolve," Fyodorenko explains.

But Fyodorenko was not the only one who aspired to farm fish in the Karelian lakes. Today there are about 50 trout farms in the republic, employing more than 1,000 people. In 2013 the farms produced 23,000 tons of fish.

What helped promote the fish business was the fact that in terms of taste, the Karelian trout is significantly better than the trout found in other places.

"This is related to the weather conditions of the north. The water in our lakes rarely reaches a high temperature and the usual temperature in which this capricious fish takes its food should not exceed 19 degrees Celsius [66 degrees Fahrenheit],” explains Vitaly Artamonov, chairman of the Trout Farmer Society of Karelia.

Otherwise, the trout refuses to eat and loses weight, color and taste. However, at a normal temperature the trout accumulates fat, which makes it suitable for smoking, marinating and salting. Moreover, the ecology in our region is still considered one of the best in the country. The clean lakes and the clean air directly influence the quality of the trout," says Artamonov.

Karelian educational institutions have also reacted to the emergence of the new sector. For several years the Petrozavodsk State University has been preparing young people for a new profession: trout farmer. Usually, these students find a job before even graduating from the university and immediately after graduation they receive a starting salary that is 1.5-2 times higher than the average salary in the region.

The only thing that is preventing the sector from any further growth in production volumes is the ecological component. Trout dirties the lakes where it is farmed. Thus, despite the fact that Karelia has tens of thousands of reservoirs, only several hundred of them have the suitable conditions for producing the fish without seriously damaging the local ecology. Karelian trout farmers are now considering the possibility of studying Norwegian techniques in order to farm red fish (Atlantic salmon) in the waters of the White Sea. 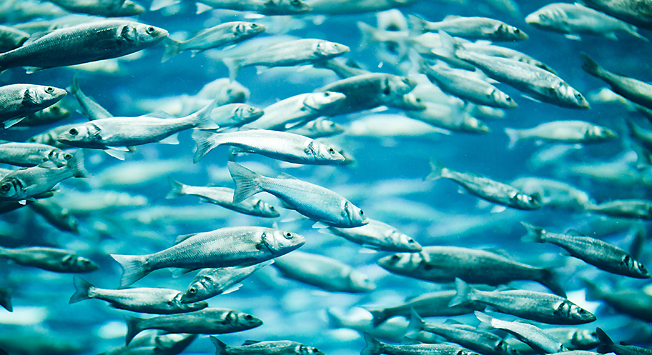 There's silver in them seas: Which fish to catch in Russia's Pacific

"At the moment, we have reached a natural limit to this growth. Although there are about 60,000 lakes in the region, only five percent of them are suitable for farming trout,” said trout farmer and entrepreneur Vladimir Khotin.

“Some of the suitable lakes are located in places that are difficult to reach and the potential of developing the lakes that now have trout farms has practically been exhausted. At the same time we still have not taken advantage of the opportunities offered by the White Sea," he said.

In 2003 Khotin experimented with farming salmon in the White Sea. At the time the main supplier of salmon to Karelia and Russia was Norway, whose climatic factors were ideal for producing this species. Karelian fishermen under Khotin's supervision tried to compete with the Norwegians.

Unfortunately, the project did not succeed due to the White Sea's weather conditions, the absence of good roads and the dumping of Norwegian fish. Farming salmon in Karelia was uncompetitive. It had to be sold slightly above its cost price. But Moscow’s introduction of an embargo against Norwegian fish has radically changed the situation and starting next year Khotin intends to revive his project in the White Sea.

In the Soviet period Karelia was already a "pioneer" in the field of trout farming not only in Russia, but also in north-western Europe. The first attempts at commodity fish farming began in the Syamozersk fish factory at the end of the 1960s. It was this experience that formed the regulations that were later used by Soviet and Finnish specialists for establishing commercial fishery. Yet while the Finns were able to quickly put these scientific developments into practice, the Soviet Union's unwieldy economy did not allow the sector to develop.After perestroika it was Finland that provided substantial assistance to Karelia in the development of trout farming, supplying the republic with planting material, fish feed, equipment, as well as training and preparing Russian specialists.Kivash, the first Soviet-Finnish enterprise for farming commodity trout, was established in 1989. Immediately afterwards the first private enterprises appeared in the towns of Medvezhyegorsk and Kondopoga.