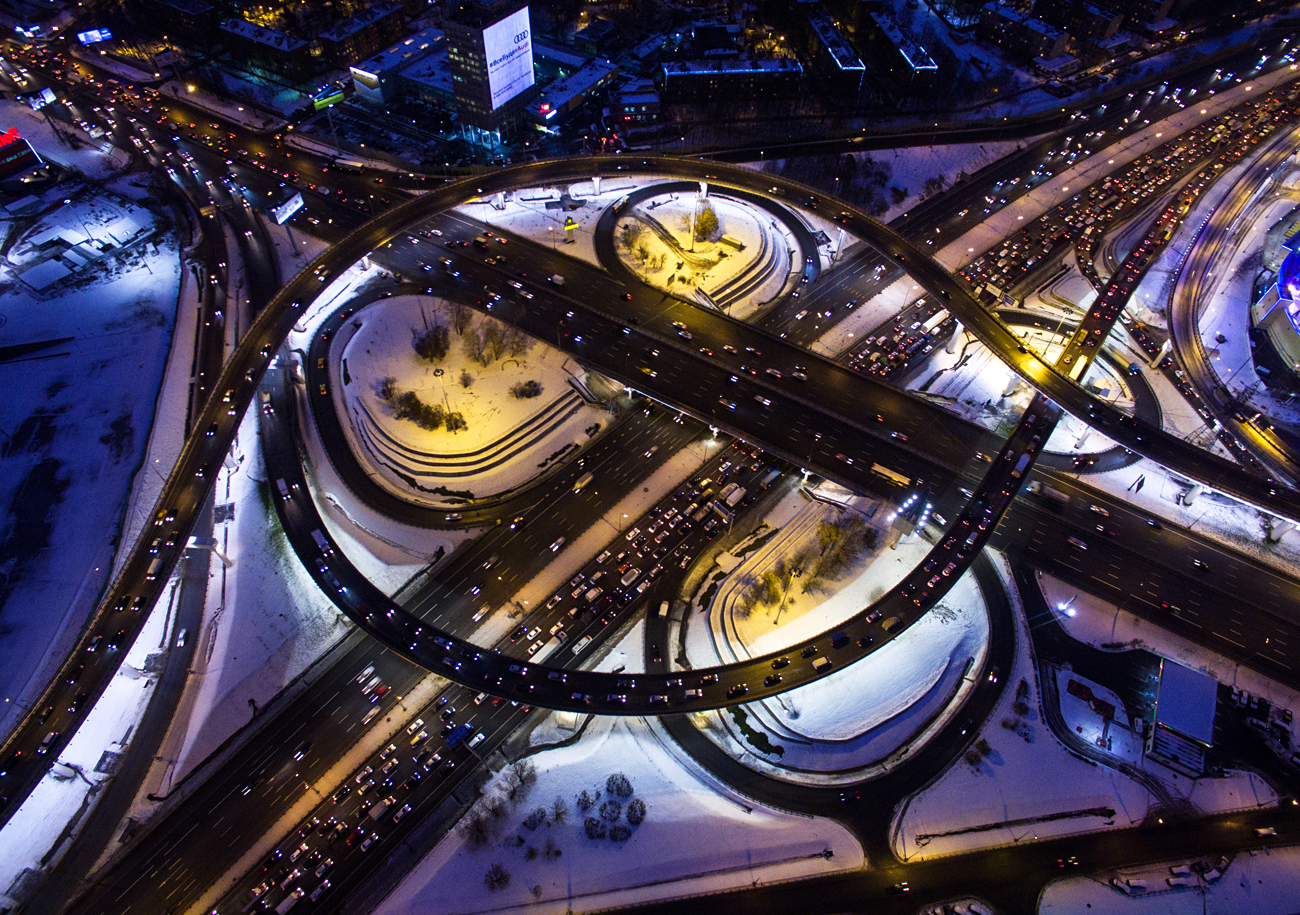 Maksim Blinov/RIA Novosti
Experts say that the European experience is more relevant for Russia than the example of major Asian cities.

In an effort to fight the spread of traffic jams in Russian cities, the country’s Transport Ministry intends to develop forms of public transportation that do not rely on roads. The plans for such transportation options are outlined in a draft law submitted by the Ministry to the government, which received preliminary approval on Oct. 31. (The draft law in Russian can be downloaded here).

In addition to moving vehicles off the roads, alternative transportation, which includes subways, light rail, monorail, cable cars and funiculars, will help improve air quality in cities; these forms of transportation rely primarily on electric power to operate.

The Transport Ministry plans to integrate the various transport systems into a single network via the synchronization of schedules, the use of a single ticket  and easy navigation between various stations.

Looking to Europe rather than Asia

Russian experts say that such a system can work, but that local urban planners should study similar systems in other cities before making firm plans.

"Designers of off-street transportation systems in Russia should draw on the experience of major European cities: London, Frankfurt and Greater Paris,” said Irina Irbitskaya, director of the Center of Urban Competence at the Russian Presidential Academy of National Economy and Public Administration (RANEPA). Other examples, such as the monorail system in Tokyo and magnetic-levitation (maglev) trains from Shanghai airport are irrelevant in Russia because the population density in the regions of Asia is significantly higher than that of Russian cities, she said.

The Moscow city government studied the European experience in integrating different transport systems during the development of the Moscow Central Ring light rail system. This analogue to S-Bahn city trains in Germany and the RER in France opened in September 2016. During its first two months of operation, the Moscow Central Ring carried 12.5 million passengers, and traffic on the new system continues to grow, according to Yulia Baranovskaya, a representative of the press service of the Moscow Department of Transportation. Baranovskaya says that other Russian cities can benefit from Moscow’s experience since the necessary amendments to the federal law already have been made and a precedent has been created.

The development of alternative transportation in Russian cities may face problems with funding, according to Mikhail Blinkin, director of the Institute of Transport Economy and Transport Policy at the Higher School of Economics. He said that the Ministry of Transportation currently does not have the financial capabilities to launch such an ambitious project.

RANEPA’s Irbitskaya suggested that this problem could be resolved by again looking at the European experience, where constructing a transport hub involves the support of the state, private companies and local residents, who invest in the project via mutual funds. According to Irbitskaya, such programs have been used in the UK, Germany and France.

The draft law could breathe new life into previously deferred projects for the construction of metro systems in a number of cities, including Vladivostok, Omsk, Krasnoyarsk, Chelyabinsk, Rostov-on-Don and Perm, according to Rossiyskaya Gazeta.

Three of these cities — Rostov-on-Don, Omsk and Krasnoyarsk — appear in rankings of the top 10 Russian cities with the busiest roads, according to analytics from Yandex.Probki, which tracks traffic jams.

Blinking noted that for these cities, the kind of light-rail systems popular in Europe would be more feasible than fully fledge metros. Constructing light rail systems are cheaper and easier than building metros, but the systems are not popular in Russia, he said.

"A metro is needed in cities of more than 2 million, but there are only two such cities in Russia today – Moscow and St. Petersburg," Blinkin said. “Cities with a total population of 1 to 1.5 million people can get by with cheaper rail networks.”

To reinforce his point, Blinkin cited the example of Kazan (500 miles east of Moscow). Despite a popular of 1.1 million, passenger density in the city’s metro, which was completed in 2005, remains very low.

Up in the air

Cable car systems have been built in situations where local and federal authorities are unable to attract large investments for infrastructure projects. In 2012, Nizhny Novgorod built the country’s first cable car system for regular passenger traffic. The project was a substitute for an expensive bridge across the Volga River. The cable car travels more than half a mile, connecting the city of Nizhny Novogorod with the neighboring town of Bor. The residents of this smaller town use the cable car to commute. An average of 1.8 million passengers use the system each year.

In September, construction began on a 6 mile-long cross-border cable car that will connect the Russian town of Blagoveshchensk to the Chinese town of Heihe across the Amur River in Russia's Far East.

Russian and Chinese authorities had discussed a project to build a bridge between the cities, but they decided in 2015 to substitute a less-expensive cable car. Up to 6 million people are expected to use the system every year.

Read more: Why Russia could put night trains back on the rails in Europe