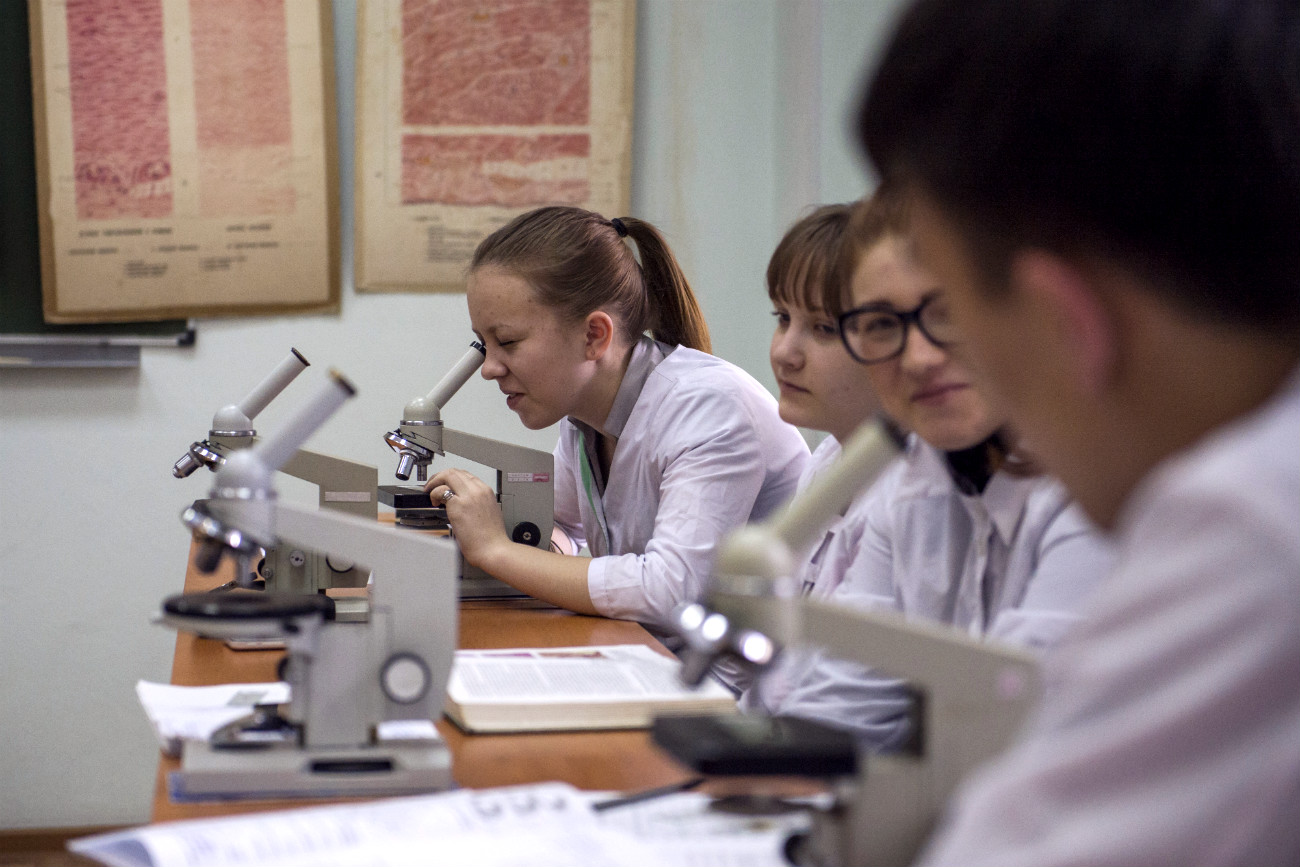 Today, Russia spends 2.5 percent of its GDP on social welfare. Pictured: students at Biochemistry class at the Omsk Medical Academy.

Alexey Malgavko/RIA Novosti
A new World Bank report shifts from the usual criticism of Russian dependence on raw materials toward the nation’s need to invest more in the population in order for them to be best prepared for the challenges of modernity.

In a break from past reports, the World Bank is not focusing on the Russian economy’s dependence on oil and gas, but instead puts the spotlight on the issue of human potential and welfare.

Titled “Russian Federation Systematic Country Diagnostic: Pathway to Inclusive Growth” the new World Bank report was presented at the Gaidar Forum held in Moscow on Jan. 12 at the Russian Presidential Academy of National Economy and Public Administration. Almost half of the report was dedicated to social and demographic challenges.

According to the Bank, Russia’s leadership should address the lack of useful professional skills among the population, rising inequality, and a high mortality rate among the economically active population.

"It is obvious that there is one common problem [in Russia], that of the risk of long-term stagnation, and it is clear that it will not be possible to restore normal growth through monetary and fiscal policy alone,” said Russian Prime Minister Dmitry Medvedev, addressing the Gaidar Forum’s main session.

The prime minister added that the development of human capital through better education, health care, business climate, and infrastructure is a priority for his government.

One of the main paradoxes of the Russian economy is that despite the fact that a high proportion of the population has a university degree, the country lags behind in terms of innovation development and is plagued by low productivity, said one of the report’s authors, World Bank Deputy chief economist Ana Revenga. Russians with higher education do not possess the necessary technical and cognitive skills needed in a modern economy and in innovative companies, said Revenga. 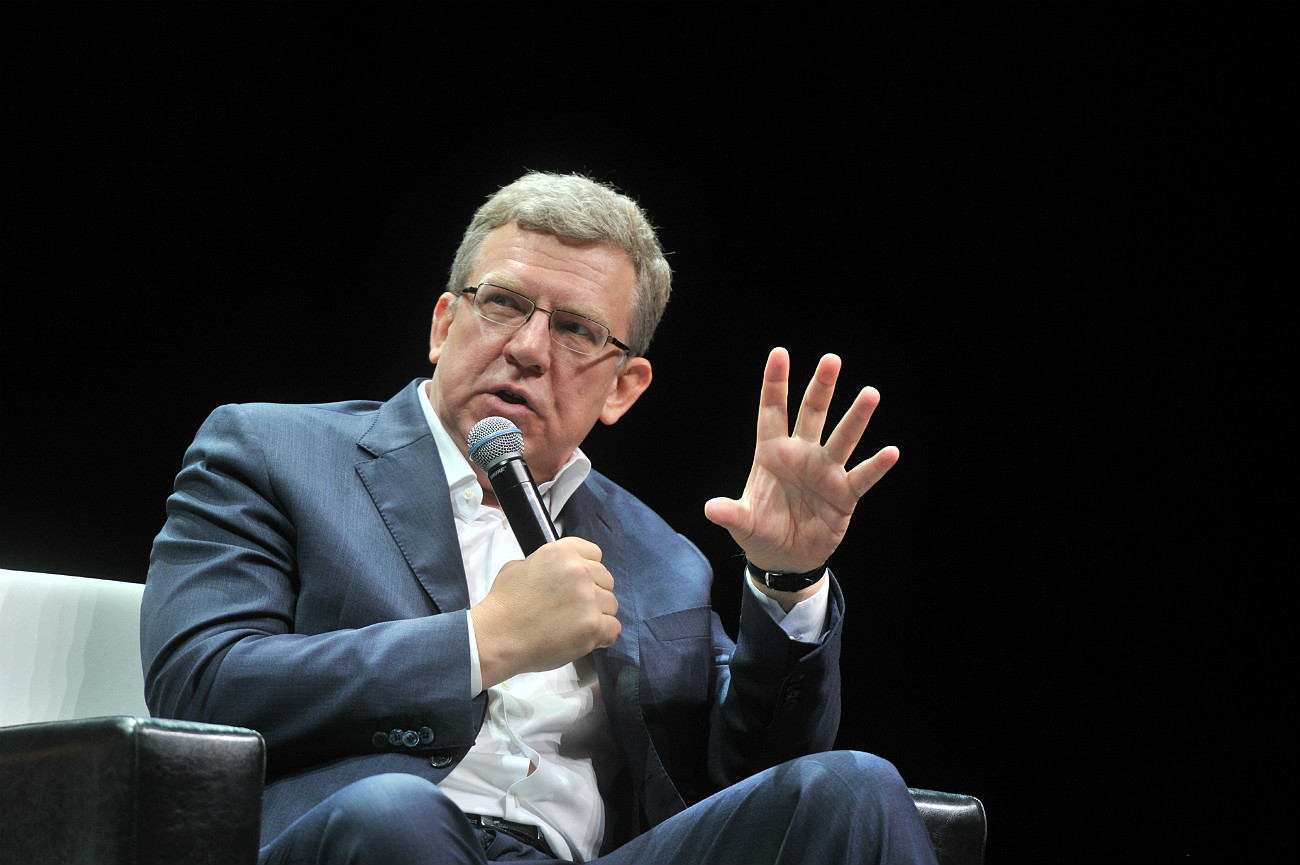 In addition, Russia suffers from a high rate of cardiovascular diseases, low quality of outpatient treatment, as well as a high mortality rate among the economically active population, the report said.

Today, Russia spends 2.5 percent of its GDP on social welfare. However, the World Bank says that these funds are not spent efficiently, and in order to rectify the situation it’s necessary to better target such resources. The World Bank’s other recommendation include increasing labor productivity and investing in continuous education so that adult Russians can obtain new skills throughout their lives.

The main reason why the World Bank report makes human capital a priority is the hypothesis that the cycle of commodities price growth has ended, said Sergei Khestanov, an economist at the Russian Presidential Academy of National Economy and Public Administration, and a macroeconomics adviser to the head of the financial company, Otkrytie Broker.

"Oil as a growth driver has lost its relevance, which means that the only potential source of growth for the Russian economy is to improve the quality of the population," said Khestanov. The example of East European countries (Czech Republic, Poland and the Baltic states) shows that human capital can be a source of growth when the country is not rich in natural resources, Khestanov added.

"I believe the World Bank is right, that the condition of the Russian population is such that unless it is dealt with now then any future economic reforms will be meaningless," said Mark Urnov, a professor of social sciences at the Higher School of Economics.

Russia has problems with the institutions of power and technological backwardness, but they are much smaller in scale than the problems of low birth rate, poor health and a severe shortage of qualified personnel, Urnov said.