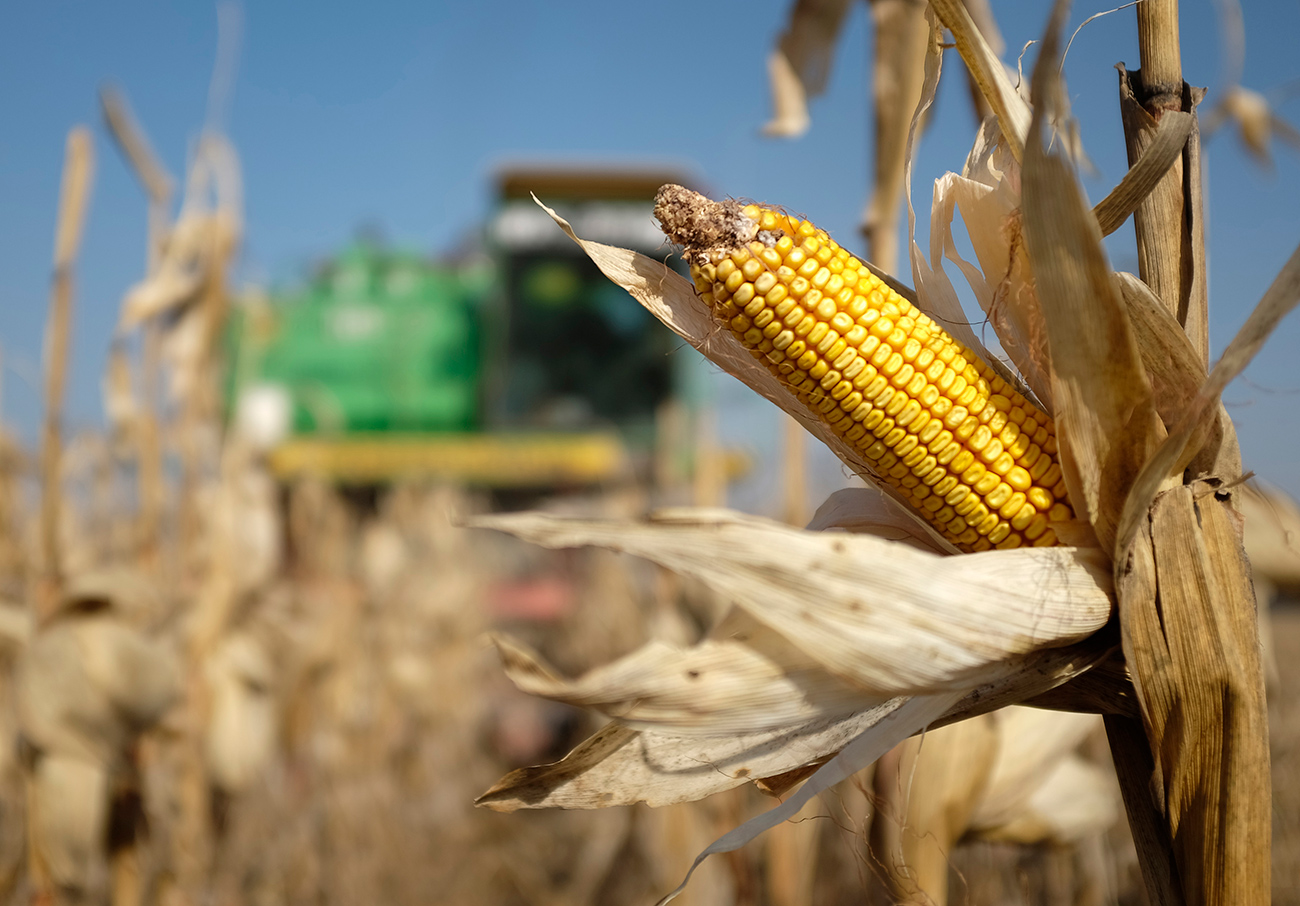 A combine machine harvests corn in a field near the village of Moskovskoye, outside Stavropol in southern Russia.

Russia started deliveries of corn to southern African nations. The first delivery, totaling 3,500 tons, was sent to Senegal from the Novorossiysk seaport on the Black Sea, reported the website of the Russian Federal Service for Veterinary and Sanitary Control that is a division of Rosselkhoznadzor.

Also, a corn shipment totaling 63,600 tons was sent to Vietnam. Russia began corn exports to Vietnam in November. According to the Russian Agriculture Ministry, corn yields in Russia increased fourfold in 2016.