McDonald's to use only local products in Russian outlets 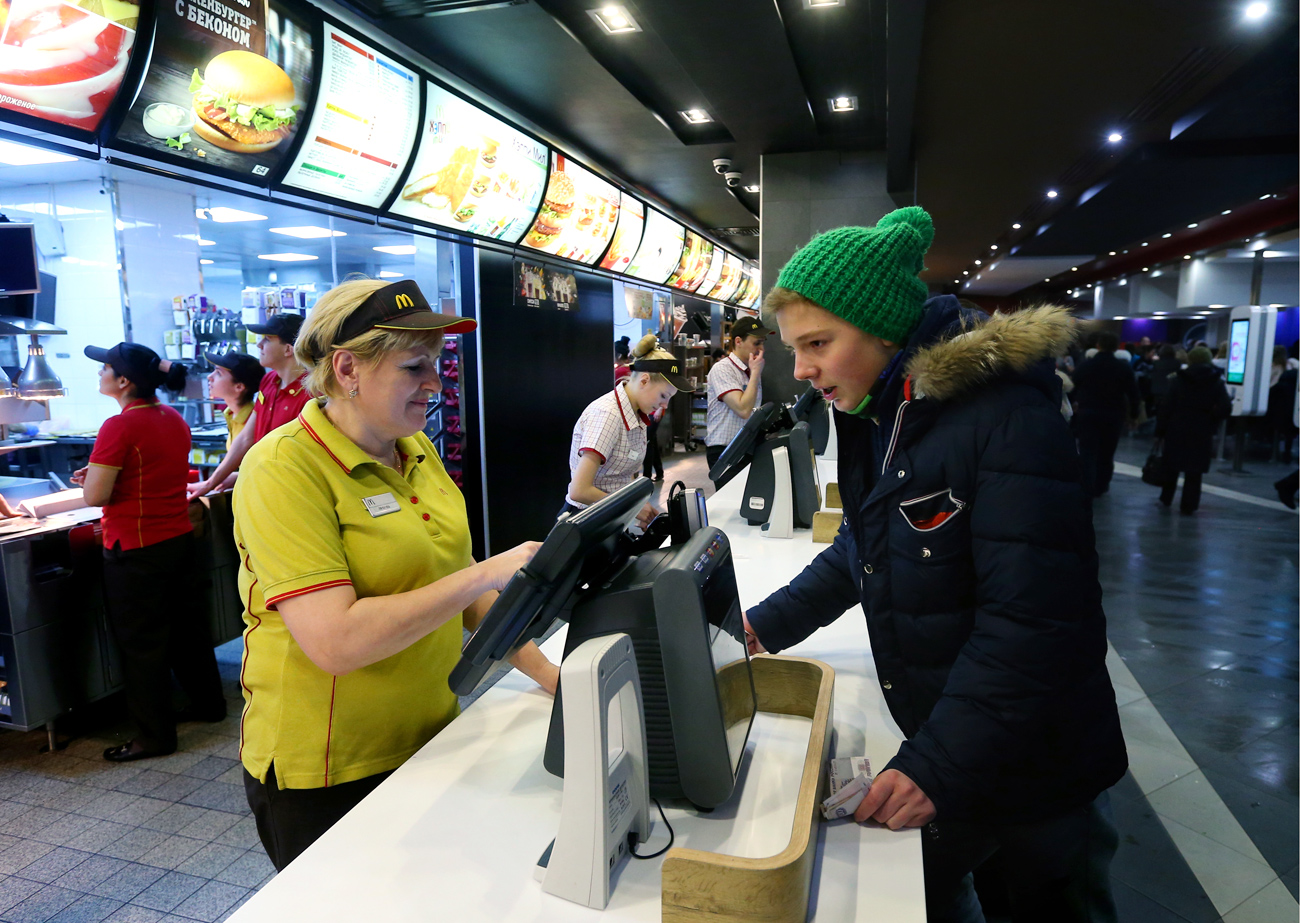 People at a McDonald's restaurant at Moscow's Pushkin Square.

McDonald's has pledged to use only Russian products at its restaurants in the country by 2020, RBK daily has reported, citing President of McDonald's Russia Khamzat Khasbulatov.

"Now the share of Russian products is 87 percent. By the end of 2018 it will increase to 90 percent, I promise. And by 2020 the share of local products will be 100 percent," Khasbulatov told RBK. This would, he added, make Russia one of the few markets in the world in which the restaurant chain will use only domestic products.

In 2017 Russian-Italian company Marr Russia will begin producing bacon for McDonald's at its plant in the Moscow Region and local production of juice may start in 2018.

According to McDonald's, 73 new restaurants were opened in 2016 bringing the fast food chain's Russian outlets to  609. As many as 50 new establishments are expected to open in 2017.

Read more: 7 things you didn’t know about McDonald’s in Russia