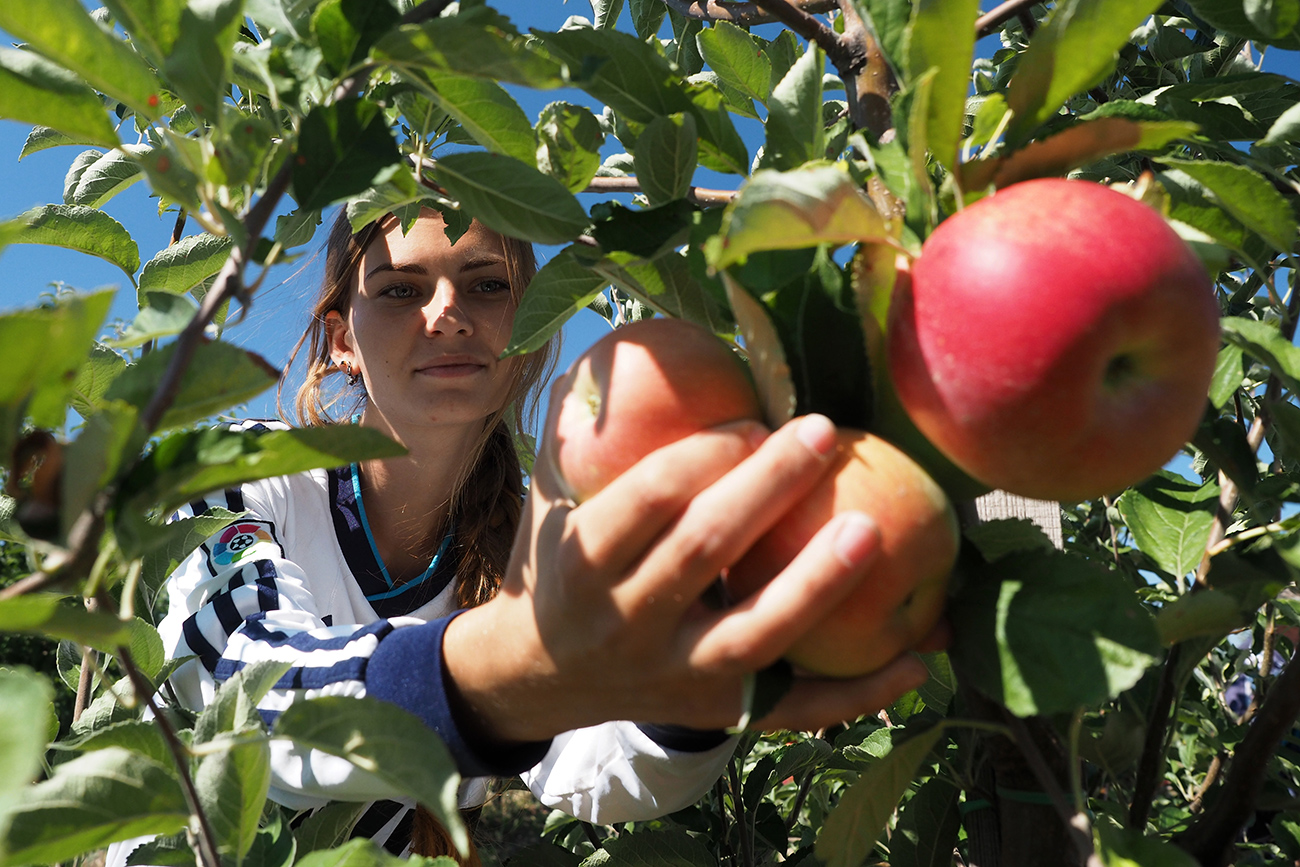 Vitaliy Timkiv/RIA Novosti
Russia has saved $4 billion since it began substituting imported products in response to the imposition of food embargoes by the U.S. and EU, the Agriculture Ministry says. But is this enough to encourage the future growth of production?

"Domestic products have saved Russia almost $4 billion dollars. This is what we call import substitution, that is, Russian cheeses, sausages and other products that substitute for products that earlier were imported," said Russian Deputy Agriculture Minister Evgeny Gromyko at the opening of Moscow international food and drink exhibition Prodexpo.

The food embargo has been in place in Russia since August 2014. It is directed at a number of countries that have introduced sanctions against Russia. The ban was issued on meat and meat products, milk and dairy, fish and fish products, vegetables and fruit.

Earlier, Russian Agriculture Minister Alexander Tkachev said that due to the embargo Russia has reduced the cost of its food imports from $60 billion to $20 billion since 2014. In his words, Russian foodstuffs constitute 80-90 percent of the products now found in stores.

According to the National Meat Association, last year the production of poultry, pork and beef continued an upward trend compared with 2015.

"In 2017 the trend of reducing meat imports will also continue. But this will no longer be critical and it will not have any influence, including on prices. Poultry imports, for example, make up an insignificant 4.2 percent," notes the association's chief expert, Diana Nizovtseva.

However, in general the growth of the meat market is reaching saturation point.Meat consumption in Russia now averages 73 kilograms per person annually. That's slightly down on 2013, when the average Russian ate 75 kilograms of meat.

The main obstacle on the future development of the meat industry in Russia isthe low purchasing power of the population - the domestic market will not be sufficient to absorb the amount of meat produced. The only solution is to seek export markets.

In the Russian fisheries industry imports are declining and exports growing. Last year imports fell by almost 9 percent to 511 tons. Russia began importing much less herring, salmon and even sprats. At the same time, Russian fishermen were able to increase their exports, especially thanks to the growth of ready-made and canned fish products.

German Zverev, President of the All-Russian Association of Fish Enterprises, says that countersanctions increased the appeal of Russian shrimp, herring and salmon.

The main problem this year will also concern the reduction in purchasing power of ordinary Russians. 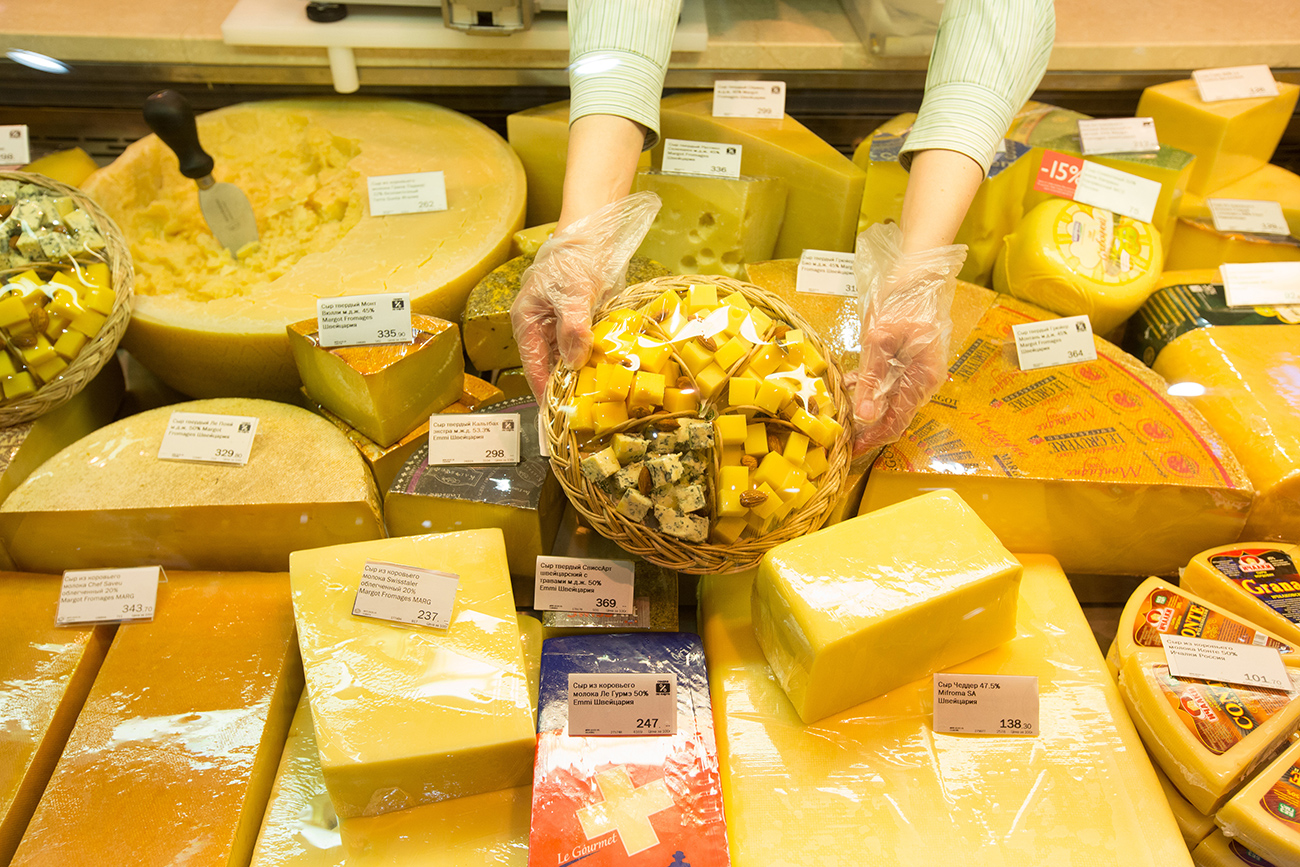 Russia is still one of the largest import markets for dairy products, but a shift in consumer demand towards cheaper products in general had lead to a decline in production - primarily of cheese, butter and cottage cheese.

Experts do not foresee any improvements in 2017.

But the fruit and vegetable market is still far from reaching saturation and promises good news in 2017. Production is expected to growdue to an increase in the number of greenhouses and intensively farmed orchards.

In 2016 there were plans to build 450 acres of new greenhouses and over the next five years another 400 greenhouses covering a total area of 4,900 acres should be built.

Experts believe that in order to meet Russiandemand for greenhouse vegetables production must increase to 1.8 million tons a year (currently, it is about 800,000 tons). This will require another three-four years.

Investors have begun putting money into planting fruit orchards, mainly apple orchards. Russian exotic fruits have little chance of competing with imports. But experts say the production of apples is more profitable than the production of cereals and the capital investment does not need to be very substantial. Now the main risk lies in the cancelation of the countersanctions.