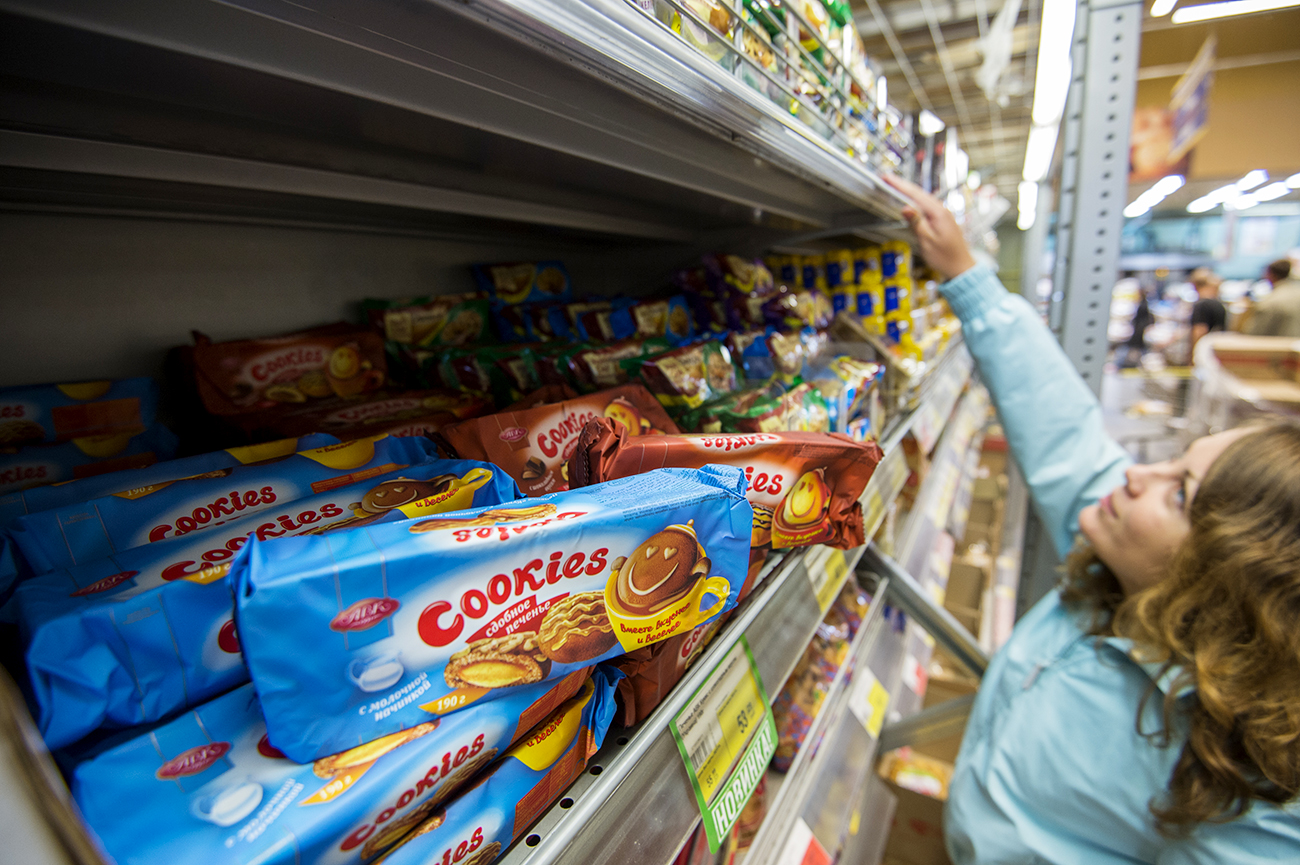 In 2016, Russian confectionery sales dropped 2.4 percent by volume, according to the Nielsen research company.

Alexey Malgavko/RIA Novosti
While Valentine's Day will prove profitable for confectionery companies, overall they have seen declining sales since the crisis began.

Russians are expected to spend up to $20 million on candies for Valentine’s Day gifts this year, reported the Confectionery Market Research Center.

In 2016, Russian confectionery sales dropped 2.4 percent by volume, according to the Nielsen research company. In monetary terms sales grew, though when compared with the previous year the growth rate slowed by half:  8.2 percent in 2016, compared to 17.8 percent in 2015.

"The reasons for the downturn on the confectionery market are economic difficulties, the rise in confectionery prices after the ruble devaluation, and falling consumer incomes," said a spokesperson for Mondelez Rus, a leader on the Russian confectionery market. The company attributes the decline in candy consumption to consumers cutting costs and becoming more careful about spending.

In some categories sales decreased, said Elizaveta Nikitina, the executive director of the Confectionery Market Research Center. This is true for certain types of chocolates and chocolate candies, cakes, pastries and other products. Consumer demand has shifted towards cheaper products.

Despite falling sales, confectionery production in Russia last year increased 2 percent, said Vyacheslav Lashmankin, executive director of the Askond association of confectionery industry companies. One of the factors was the increase in Russian candy exports.

According to the Confectionery Market Research Center, in 2016 candy sales dropped to their lowest since 2013, but in November-December last year demand recovered.

"An improvement in demand is expected in 2017, primarily because consumers are tired of pinching pennies," Nikitina said. "Candies are the so-called ‘affordable luxury’ that most Russian consumers will spend on."

Read more: How to make a fortune from banned food products