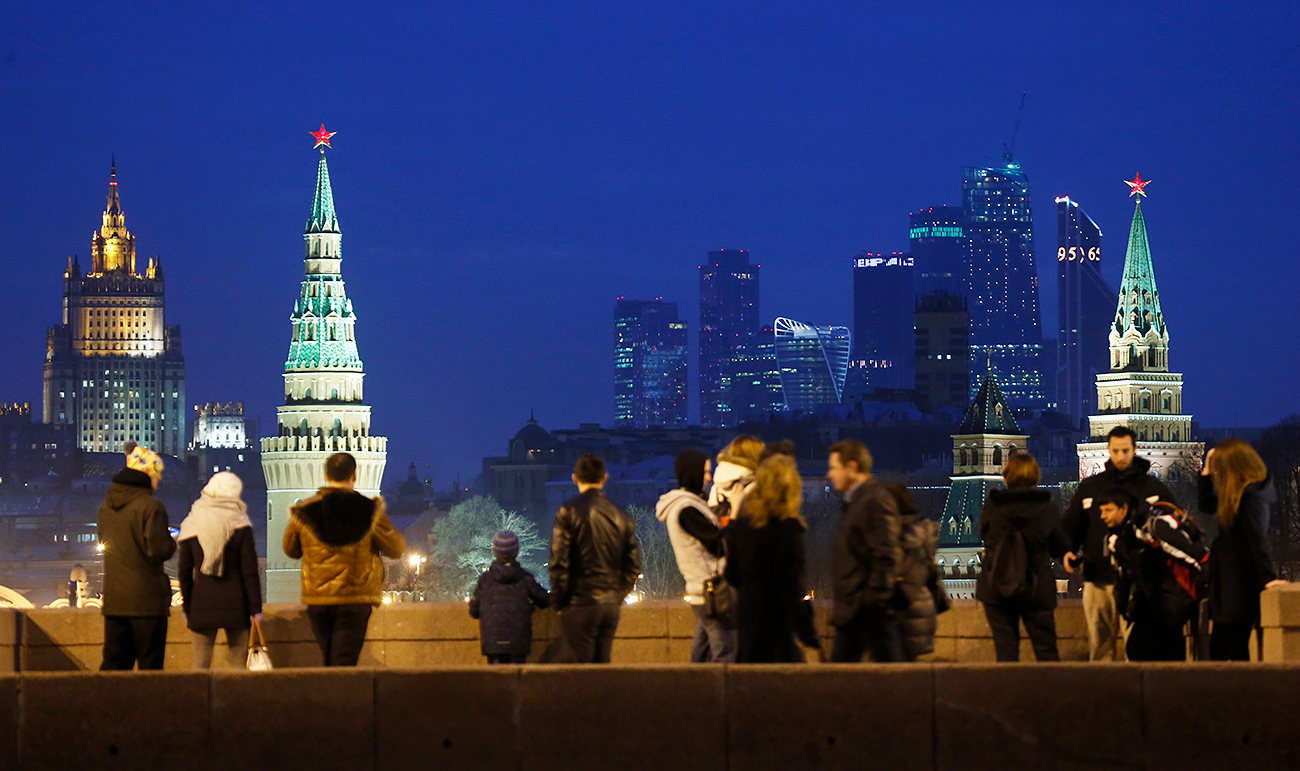 Reuters
Russia might become a weak and decentralized state on the periphery of the American or Chinese economy. Or it may make a technological breakthrough and by 2025 take an esteemed place in the new world order. Academician Sergei Glazyev outlines seven possible scenarios for Russia's development in the global economy.

Russia cannot go with the flow when the two major powerhouses - the U.S. and China - are locked in a bitter struggle for global supremacy.

"Our economic policy is passive, and by not having a strategy of our own we hand over initiative in the development of our economic space to foreigners," said Glazyev. "They dominate the financial markets and manipulate them; and they are also dominant on the machinery, equipment and consumer durables markets."

There is the risk that with a passive policy Russia may once again become "a bargaining chip," and "a target of aggression from competing world powers," as was the case in the past.

Glazyev believes there are seven possible scenarios for Russia's geoeconomic and geopolitical position in the world over the next decade.

This is the most positive and least likely scenario, and it implies that the U.S. will stop its aggression and join a strategic partnership with Russia and China. There is the lifting of anti-Russian sanctions, and "joint responsibility by the great powers for maintaining peace during the process of global structural changes."

If the U.S. leadership, instead of today's confrontational line, returns to the previous policy of involving China into an economic symbiosis with the U.S., then there will be the so-called “Chimerica” (China + America). If power in China shifts to pro-American forces, then Russia might find itself in complete isolation, losing both foreign exchange reserves and external markets. This will result in a significant decline in living standards and will create a threat to Eurasian integration.

"Russia’s research, production, military, technical, natural, mineral, intellectual and spiritual potential" will allow the country to survive and even to develop through the mobilization of the economy. "This will require new personnel both in government and in business," Glazyev warns.

In the face of economic difficulties, Russia’s domestic politics becomes once again dominated by pro-American forces. In order to have sanctions lifted, concessions are made under pressure from the West. This provokes a sharp increase in U.S. aggression, even staging "a color revolution" and the establishment of a puppet regime, as was the case in 1991 and 1993. This regime carries out nuclear disarmament and disintegration of the former Soviet space. Russia's economy is privatized by U.S.-European multinationals, and Central Asia becomes an area of Chinese domination. 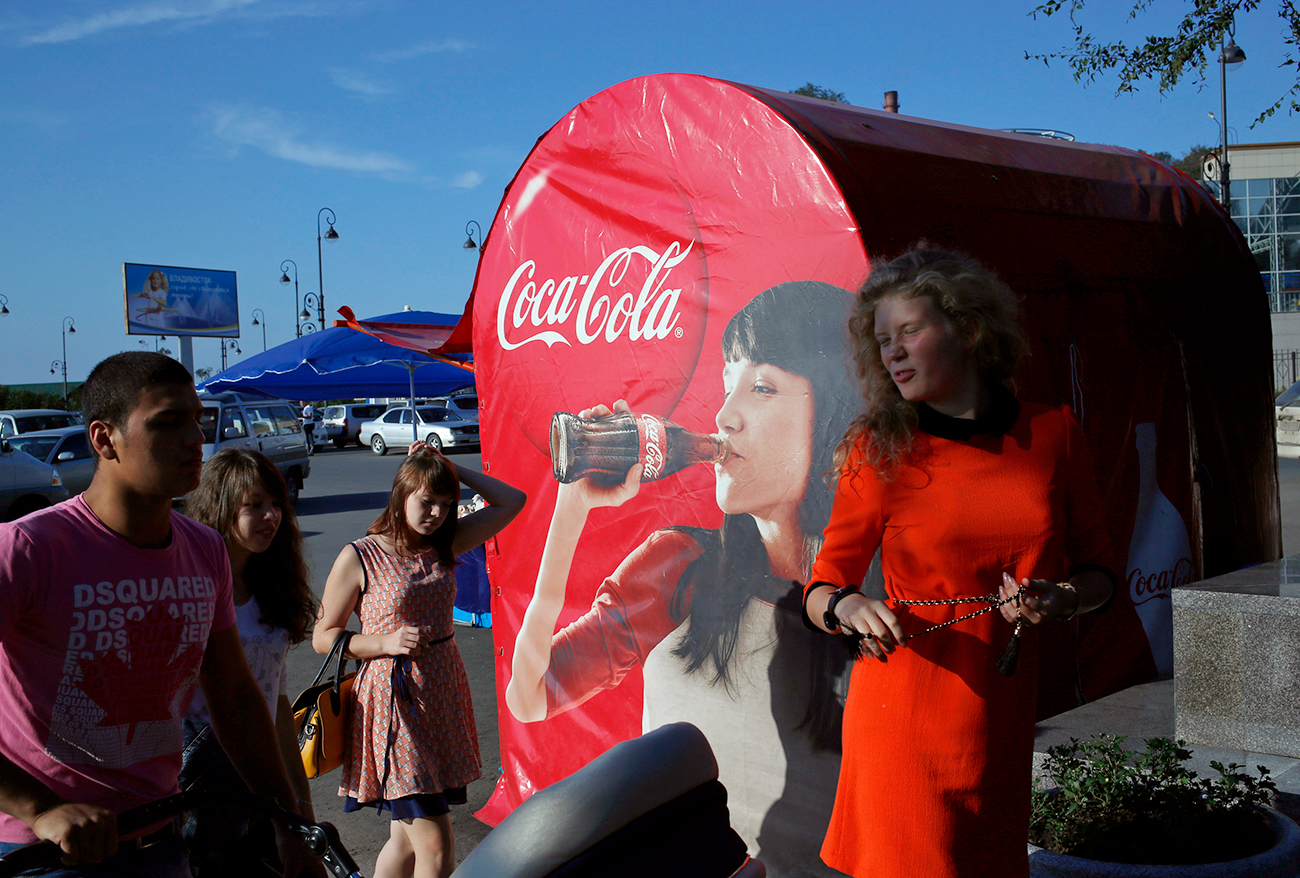 Local residents walk past a Coca-Cola booth near a beach in Vladivostok. / Photo: AP

Unless Russia switches to a strategic planning of economic development on the basis of its own sources of credit, the real essence of "strategic partnership with China" will consist in the subordination of the Russian economy to the interests of China's growth.

"Massive Chinese investment goes to the development of Russia’s fuel, energy, agro-industrial and transport sectors, which are reoriented to the needs of the Chinese market. The defense industry develops in line with the objectives of the interests of the Collective Security Treaty Organization (CSTO), and the Shanghai Cooperation Organization (SCO). The remaining potential of the civilian high-tech industry is developed by joint Chinese-Russian ventures. Russia retains political sovereignty, and equal military and political partnership with China,” Glazyev predicts.

To counter U.S. aggression, the Chinese economy needs Russia's raw material and energy base. In this case, the Russian economy "is becoming China's periphery." 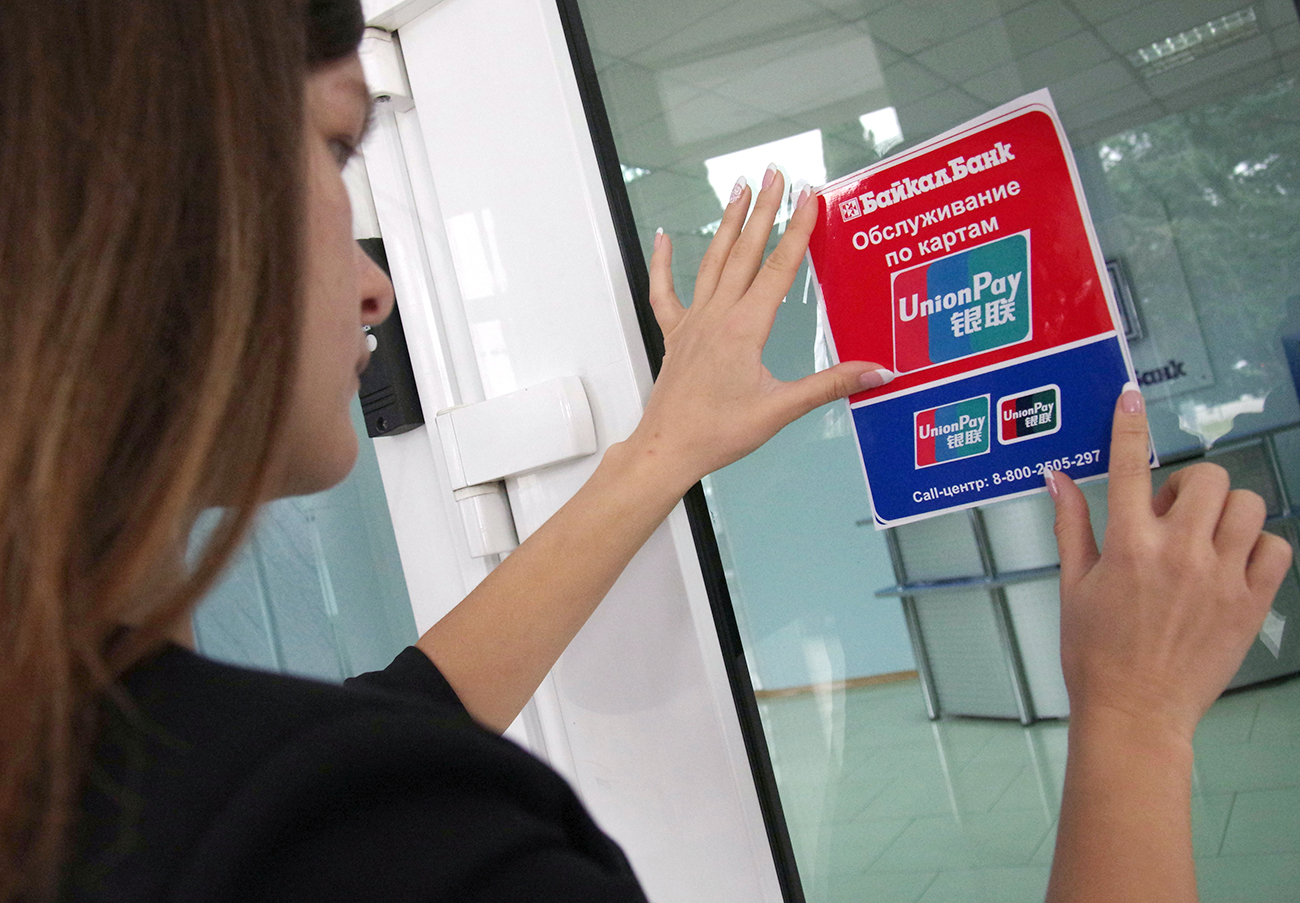 A sticker with info about the new ATM card of the UnionPay Chinese payment system. / Photo: Vasiliy Batanov/RIA Novosti

In this case, the economy of Russia and the whole Eurasian Union "is unlikely to withstand a test of being pulled in opposite directions by pressure from the U.S. and China, by the old and new centers of the global economy." The Russian economy becomes weak and decentralized, catering to different segments of the global market, and this creates preconditions for a destabilization of the political situation and a transition to "American colonization."

Russia will have to make a serious effort to switch to this advanced development strategy by creating production based on new technology. In this case, Russia and the Eurasian Economic Union (EAEU) keep up with China. The EAEU’s small weight in the world economy could be compensated only within the framework of Eurasian integration, creating preferential terms for trade and economic cooperation with the fast-growing Eurasian countries. The first such agreement, in the format of a free-trade zone, has already been signed with Vietnam. Under this scenario, Glazyev predicts that Russian economic growth will be as much as 10 percent annually.