Where do Moscow’s richest live? 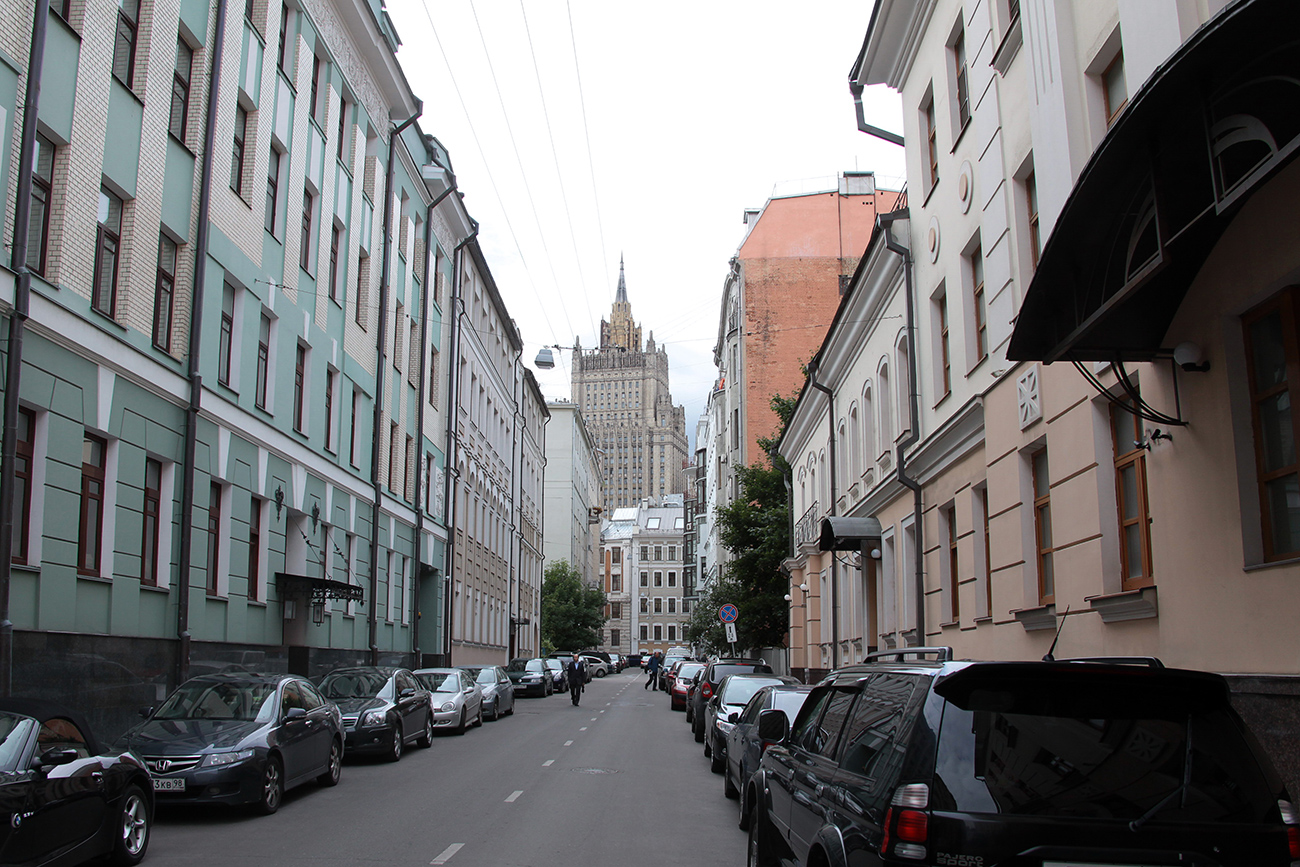 Russian Ministry of Foreign Affairs view from Krivoarbatsky side street.

The most expensive house in Moscow costs 4.2 billion rubles ($73.5 million), the Blackwood real estate agency reported in a press release to RBK. The record lot is located on Krivoarbatsky Lane. It’s a three-story mansion boasting a combined floor space of 3,700 square meters. The house is sold as a single property, says Blackwood.

The residence surpassed the price of the former record holder, a five-story mansion in the Tver region by almost one billion rubles. The Shelaputin’s apartment, built in 1907, was sold for 3.3 billion rubles ($57.8 million). Its dimensions are similar to the building on Krivoarbatsky Lane.

The cost of one square metre in the house on Krivoarbatsky Lane works out at about at 1.12 million rubles ($19,607 dollars), Blackwood says. This is 30 percent more expensive than the average price in Moscow’s most expensive area, other realtors say.

Read more: What are the 7 most expensive and 7 most affordable districts in Moscow?