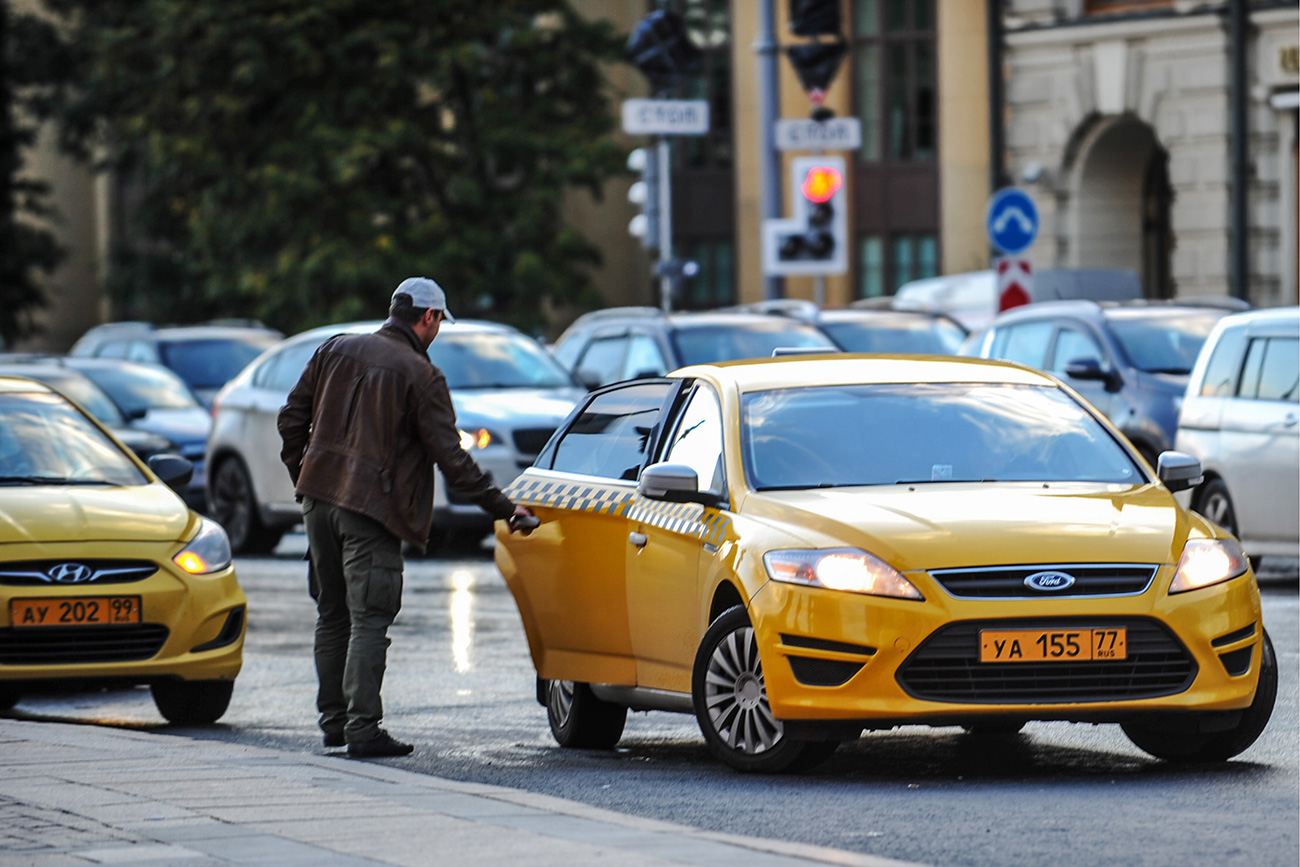 On a monthly basis YouDo.com registers more than 40,000 self-employed people looking for work or just extra earnings in Moscow and St. Petersburg alone

Andrei Makhonin/TASS
The informal economy is being helped by economic decline, on the one hand, and the growth of technologies and Internet-markets for work and part-time work, on the other.

Twenty-six-year-old Muscovite Maxim Krylov used to earn extra money driving a taxi at night. But with the rise of the Uber and Yandex.taxi apps two years ago he started working as a taxi driver full-time. "Before, I would wait around for hours for an order, but now there's no dead time – the orders are coming in non-stop. I can drive around my neighborhood the whole day," says Krylov.

Krylov says he now earns up to 40,000 rubles a week (over $700). According to law, he has to register as an individual entrepreneur and pay income tax, but for now he prefers not to do it. He's registered with a taxi application as a driver, which means he doesn't have to officially register himself as an individual entrepreneur - or pay tax. This helps as he's saving for a mortgage.

Informally and without taxes

In 2016, employment in the informal sector of Russia's economy set a record level for the last 10 years, reports Rosstat, the Russian Statistics Agency (the information was published (in Russian) by the RBC business daily in mid-April).

Rosstat believes that the informal employment category consists of those people who work in enterprises that are not registered as a legal entity, that is, the self-employed, farmers, individual entrepreneurs, and people whom they hire. Family members who help the family business or a business belonging to a relative are also included.

The informal economy employed 15.4 million people in 2016. This is 21.2 percent of the total number of people employed in Russia. The informal sector has been growing rapidly since 2011 and in this period has increased by four million people, according to RBC's calculations, which are based on Rosstat's statistics.

However, the Russian Presidential Academy of National Economy and Public Administration estimates that the informal labor market in Russia consists of 30 million people, 21.7 million of whom either combine official employment with informal earnings, or receive a part of their salary unofficially, "in envelopes."

According to the Russian Finance Ministry, the volume of informal salaries in the country is estimated at 12 trillion rubles ($200 billion), which is 10-13 percent of the GDP.

In the words of Sergei Khestanov, from the RANEPA Department of Financial Markets and Financial Engineering, the main factor for the growth of informal employment is the combination of the fall of the citizens' real income and the strengthening of fiscal pressure. "Although income tax in Russia is 13 percent, the level of the total fiscal burden in the country is rather high, more than 30 percent, which results in the growth of informal employment," he explains.

But the informal sector is growing not only because of the economic crisis, remarks Alexei Gidirim, co-founder of the YouDo.com online market. "The development of mobile, Internet, and cloud technologies helps the development of the economy's informal sector. People are trying to preserve their income levels during the decline in the economy and the mandatory conditions of official employment  has become secondary."

In Gidirim's words, on a monthly basis YouDo.com registers more than 40,000 self-employed people looking for work or just extra earnings in Moscow and St. Petersburg alone. In total about 300,000 people are registered on the service and the company estimates that by the end of the year the figure will double.

He says that all self-employed people who now work in the informal sector will become the engine of Russia's economy once they leave that sector. "But it will be impossible to do this without reforms of the labor system. In particular, there must appear a new category of workers with precise, legally prescribed rights and obligations – the self-employed citizens," Gidirim concludes.

Read more: Poll: The economy is now more important to Russians than Crimea>>>