From crude to caciotta: How one Russian opened an Italian cheese factory 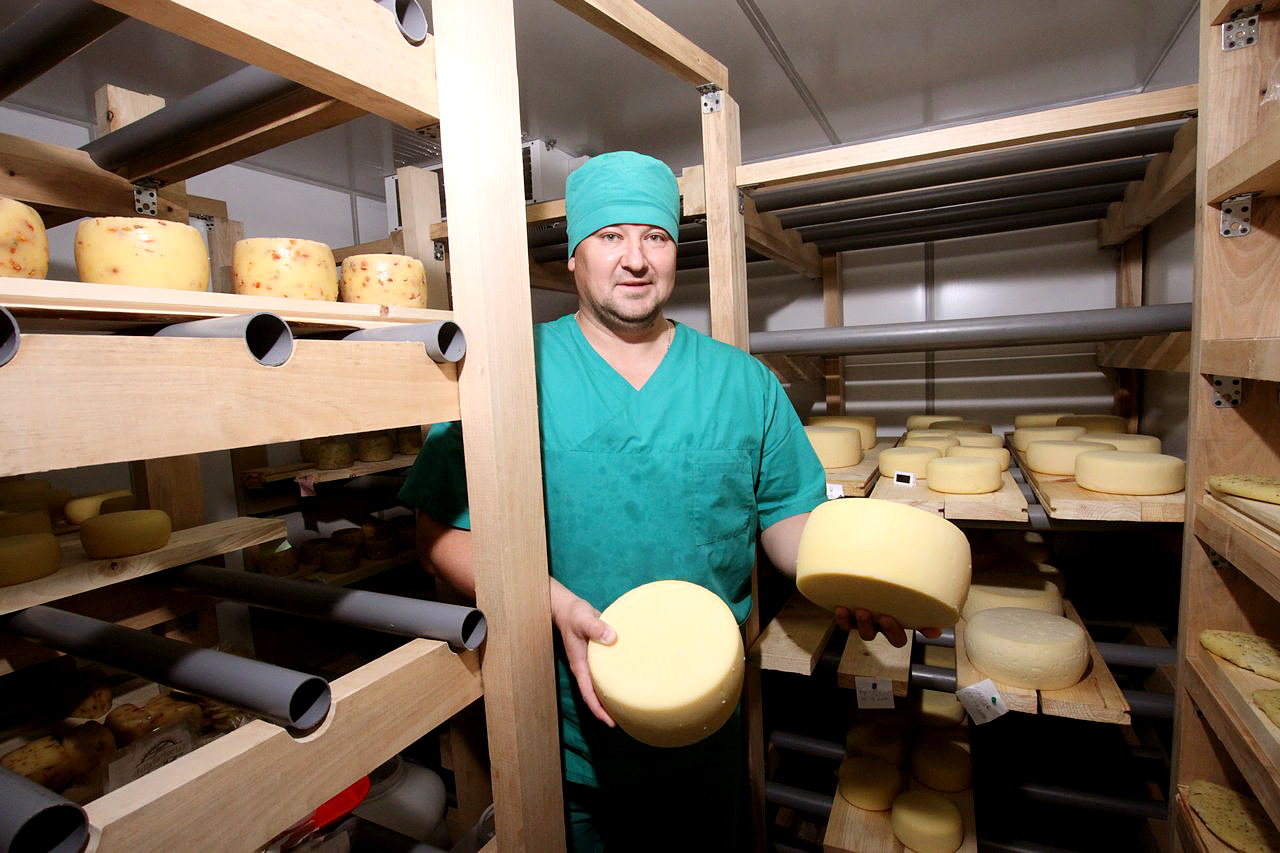 Airat Akhmadullin: 'Mum would always make cheese at home and she taught me the basics.'

Airat Akhmadullin, who hails from the small settlement of Karmaskaly in the Republic of Bashkortostan near the Ural Mountains, never thought he would produce Italian cheese on a commercial scale. He dreamt of becoming a historian and discovering the new Troy, but for more than 15 years he worked in the oil for Transneft and Gazprom, servicing oil pipelines. Cheesemaking was just a hobby. He used to make delicacies on the weekends for his friends and himself.

"Mum would always make cheese at home and she taught me the basics. Gradually my brothers and I got the idea of starting our own production," says Airat.

‘It took a year and a half to set everything up’

The brothers set things in motion in 2014, after the West hit Russia with sanctions. 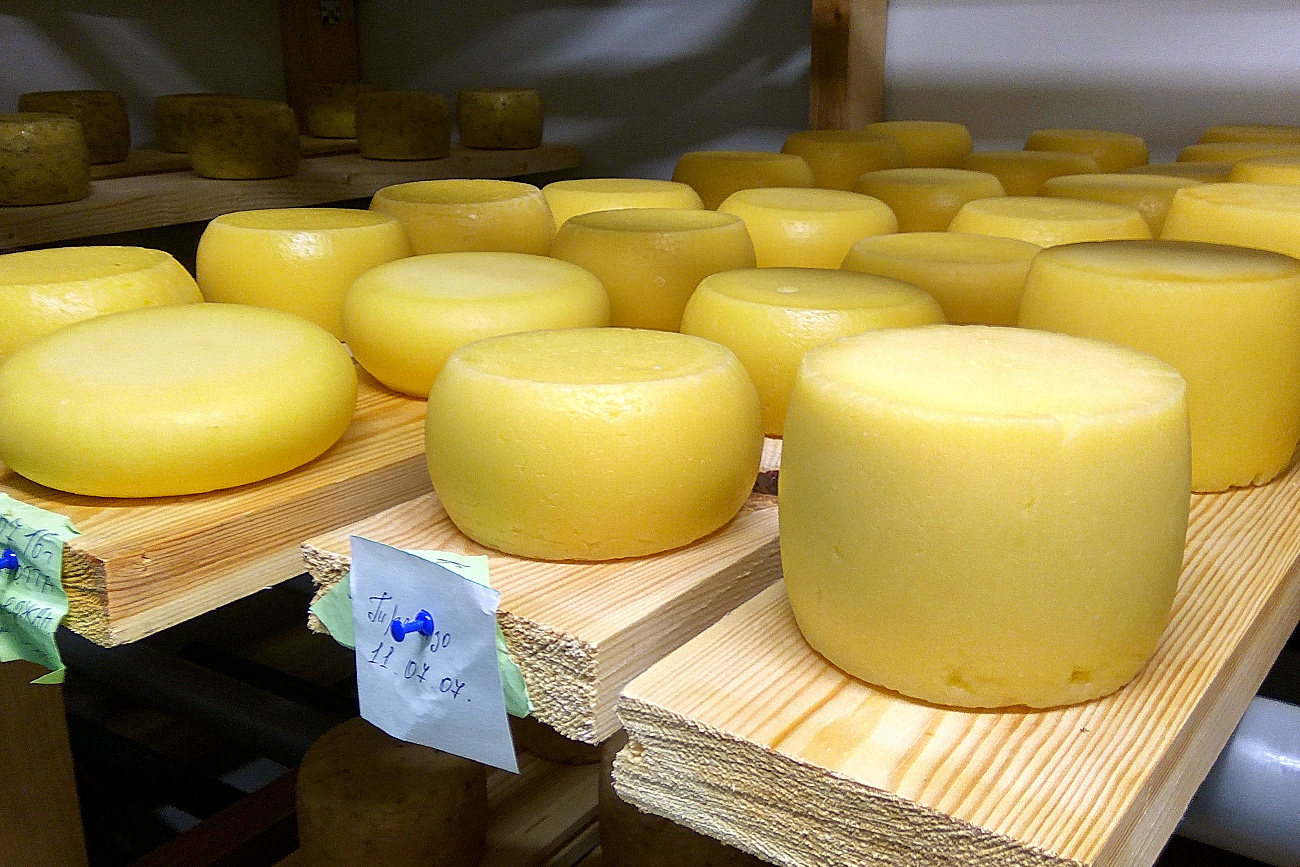 Airat is able to sell at least 30, if not 70 kg, of cheese each day. / Photo: Stanislav Shakhov, Valery Shekhov

Negotiations with the Sfoggia equipment supplier and training in Italy took a year and a half. Airat says the Italian internship was one of the conditions for collaboration with Sfoggia. This is the only way that the Europeans would supply the necessary leavens for cheesemaking.

It cost about 175,000 euros ($190,000) to launch production. Some of the money came from Airat's older brother Azat, who already had a successful construction business. Other equipment was bought with loans and Airat's own money.

He built a small workshop from sandwich panels (often used to make aircraft) and imported equipment produced by his Italian partners. "Everything can of course be substituted with Russian equipment, but then it wouldn’t be Italian cheese," Airat notes. 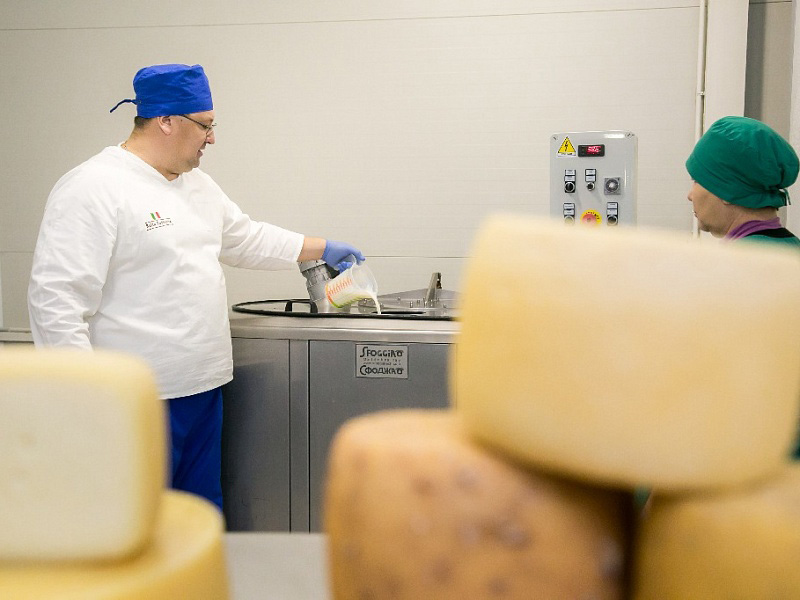 A quality raw milk is needed for good quality cheese, as well as a certain compact fatness. / Photo: Press service of the Head of Bashkortostan

The cheese plant (creamery) opened in 2016. The entire family initially worked there - the brothers and their pensioner mother. Now they’ve divided the responsibilities. Being the founder, Airat works at the production plant with the help of two hired employees.

It took five months to find a suitable milk supplier. A quality raw milk is needed for good quality cheese, as well as a certain compact fatness. Airat chose a farmer who works nearby. The plant buys anywhere from 300 to 640 liters of milk a day, depending on the type of cheese it intends to make. Roughly 100 kg of milk produces eight to 12 kg of cheese.

The creamery in the Bashkir steppe

The family enterprise produces 16 types of Italian cheese, including montasio, stracchino, ricotta, caciotta, and mozzarella. They also makes the Swiss belper knolle, and maasdam, the Anglo-American cheddar, and others. The plant makes from 35 to 80 kg of semi-hard and hard cheese, as well as 20 kg of soft cheese, each day.

Airat is able to sell at least 30, if not 70 kg, of cheese each day. Before certain holidays the plant would make 140 kg per day and each member of the enterprise basically had to work round the clock. Their cheese sells for above average prices in Russia, from 6.5 to 33 euros ($7 to $36) per kg. 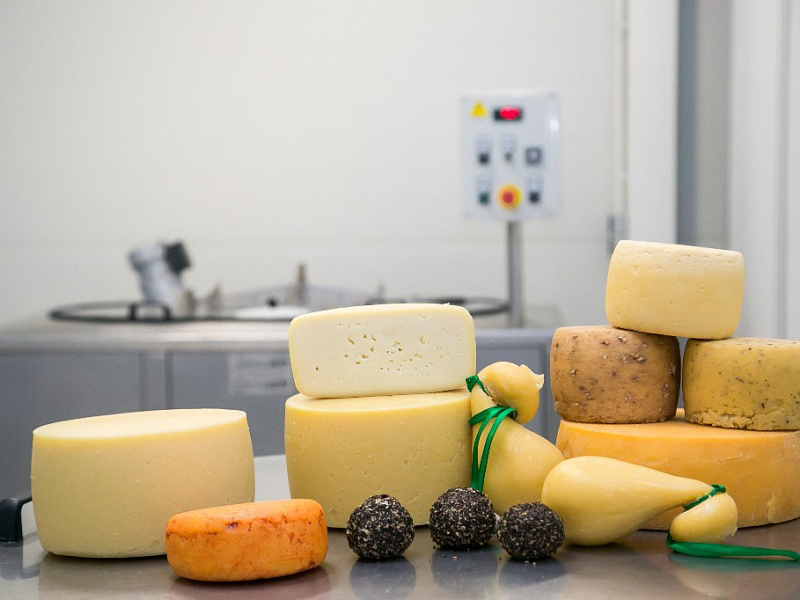 The family enterprise produces 16 types of Italian cheese. / Photo: Press service of the Head of Bashkortostan

For now the products are sold through the partners' stores and farmer markets. Cooperation agreements have still not been made with large networks: The retailers are pressuring Airat to lower his prices but he and his brothers are gradually beginning to deliver the cheese directly to restaurants.

"The cheese is delicious. You guys are great. This is a good, healthy product. We will use you as an example of what can be done starting from scratch," said Head of the Republic of Bashkortostan, Rustem Khamitov.

The entrepreneur plans to produce elite cheese with white mold - Brie or Camembert. However, he needs another 90,000 euros for a new plant. He also needs to develop his own retail network in the republic.

"Initially we planned to recoup all expenses within three years, but because of the changes in the exchange rate it will now take four and a half years. And this is with the current level of sales," explains Airat. "If the demand increases, we will recoup the investment in three and a half years," he adds.

Read more: How to make a fortune from banned food products