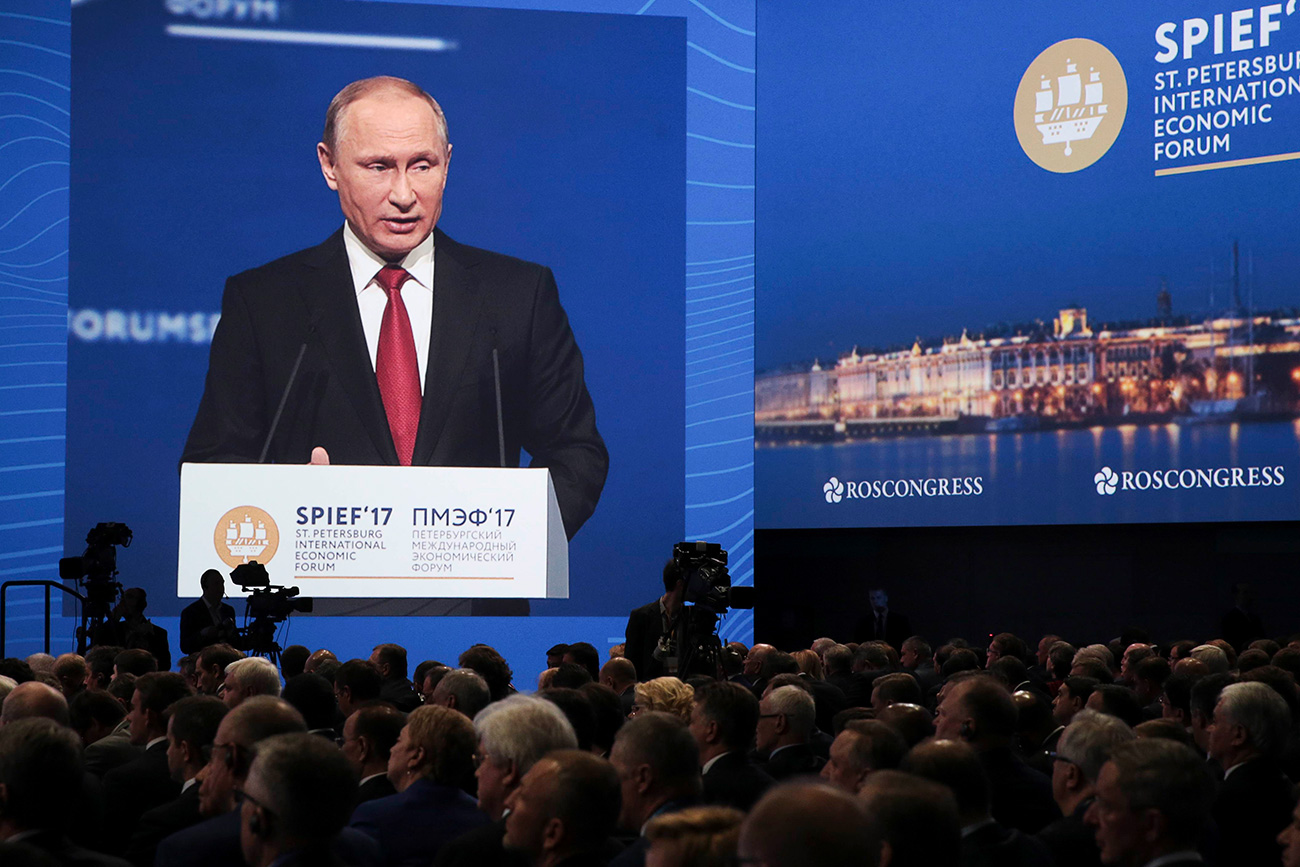 Reuters
Foreign investment has been growing since the beginning of 2017, Russian President Vladimir Putin said in his address at the 21st St. Petersburg International Economic Forum (SPIEF) on June 2.

"In the first quarter, the inflow of direct foreign investment into the Russian economy amounted to seven billion dollars. Notably, this is the best indicator for the relevant period in the past three years," Putin said.

Russia's GDP has been growing for the third consecutive quarter, according to preliminary estimates, and in April the increase was as much as 1.4 percent, Putin said. "Already we can now say that a new phase of recovery has begun in the economy," the president noted. Car sales and mortgage loans are on the rise, and these are the main indicators of economic recovery, Putin believes.

Russia has risen to seventh place among European countries popular with foreign investors, according to the results of a poll conducted by Ernst & Young consulting services and published on the company's website on June 1.

In 2016, the number of projects on Russian territory into which foreign investors put their money increased to 205 - the highest indicator for Russia since research began in 2005, according to the compilers of the ranking. 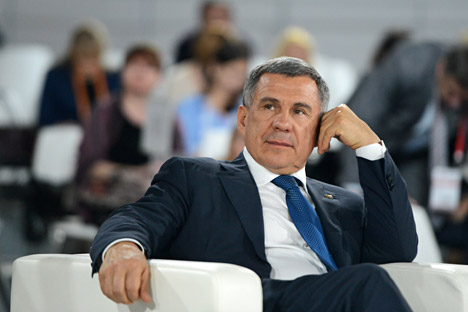 Compared with the same period of 2015, the number of transactions in Russia involving foreign capital has increased by 61 percent. During the year Russia left behind Belgium, which moved down from sixth to eighth place - its rate of growth fell by five percent. The Netherlands showed the same result (five percent decrease) but was, nevertheless, ahead of Russia for the number of projects (207).

Sales and marketing were the most attractive spheres for investors in Russia. They accounted for 46 percent of all projects with direct foreign investment. Industrial production was in second place and logistics in third.

Who's investing in Russia?

Germany and the U.S. hold the top spots in terms of the number of their investment projects in Russia. "The number of German projects has risen by almost 20 percent - from 36 to 43. For the U.S. 2016 was a record year: The number of projects by American companies went up by 31 percent to reach 38 - which is the highest level in the whole period since the research began," notes Alexander Ivlev, Ernst & Young country managing partner for Russia.

Western Europe remains the main investor in the Russian economy. In 2016 investors from this region accounted for 98 projects - only a small difference from the 100 recorded a year earlier. The number of projects by French investors in Russia has remained stable at 20 in both 2015 and 2016. At the same time, the investment level of Italian companies has almost halved from 12 to seven projects. Austria has taken Italy's place in the trio of leading European investors in Russia. Austrian companies invested in nine projects in the country in 2016.

Russia has great potential for attracting investment from Asia and the Middle East, according to Artur Parfenchikov, acting head of the Republic of Karelia. "This year investment could soar by another 20-30 percent. We have a large domestic market with enormous potential which looks attractive to investors from Asia and the Middle East," comments Parfenchikov. Russia has become attractive to foreign investors, he believes, against the background of rising oil prices, a stable ruble and the lowering of administrative barriers.

In addition, the Ernst & Young study notes that a particular feature of last year was the increased activity of investors from China in European countries. In 2016 Chinese companies put funding into 297 projects in Europe, which is 25 percent up on 2015.

"The inflow is connected with the 'low base' effect. In recent years, because of ruble exchange rate volatility, geopolitics, and double-digit inflation, investors have avoided Russia owing to a fear of losing their capital," according to Timur Nigmatullin, financial analyst of the FINAM group of companies.

Since the situation has gradually started to return to normal, investors are turning their attention to Russia again. In particular, a large volume of investment is coming from Germany and France, Nigmatullin notes. China and the Arab countries, however, are not yet in a hurry to invest large amounts of their own money, the analyst adds.

Read more: Putin’s speech at SPIEF to have positive effect on investors’ attitude>>>