Business
Ksenia Zubacheva
Mikhail Metzel/TASS
From energy supplies to consumer goods - here is a list of the most significant agreements signed by foreign companies in Russia during SPIEF.

On June 6-8, the Russian northern capital hosted the annual St. Petersburg Economic Forum (SPIEF), one of the country’s main business events. According to the organizers, more than 19,000 people from 145 countries attended the event this year, including 1,300 high-government officials and seven heads of states.

“The largest delegation this year was China’s - with 1,072 people, followed by the American one with 520 people,” Secretary of the SPIEF Organizing Committee, Anton Kobyakov, said. There were also notable delegations from France, Japan, Germany, Switzerland, and the UK, among others.

Here’s a brief list of the most interesting deals involving foreign companies.

1. China’s energy company PowerChina signed a cooperation agreement with Russia’s RusHydro hydroelectricity company, according to which the sides will conduct a joint analysis of possible design solutions to determine the optimal technical parameters of a pilot project for the construction of a pumped storage power plant in the North-West region of Russia.

2. German energy company VNG AG and Russia’s Gazprom signed a deal on gas supply to VNG Handel & Vertrieb (a subsidiary of VNG AG). According to the agreement, in 2021-2022, Gazprom will supply up to 3.5 billion cubic meters of gas to VNG Handel & Vertrieb annually. VNG AG's scope of activities includes the import of natural gas, its underground storage and the supply of consumers in the eastern federal states of Germany and Berlin. 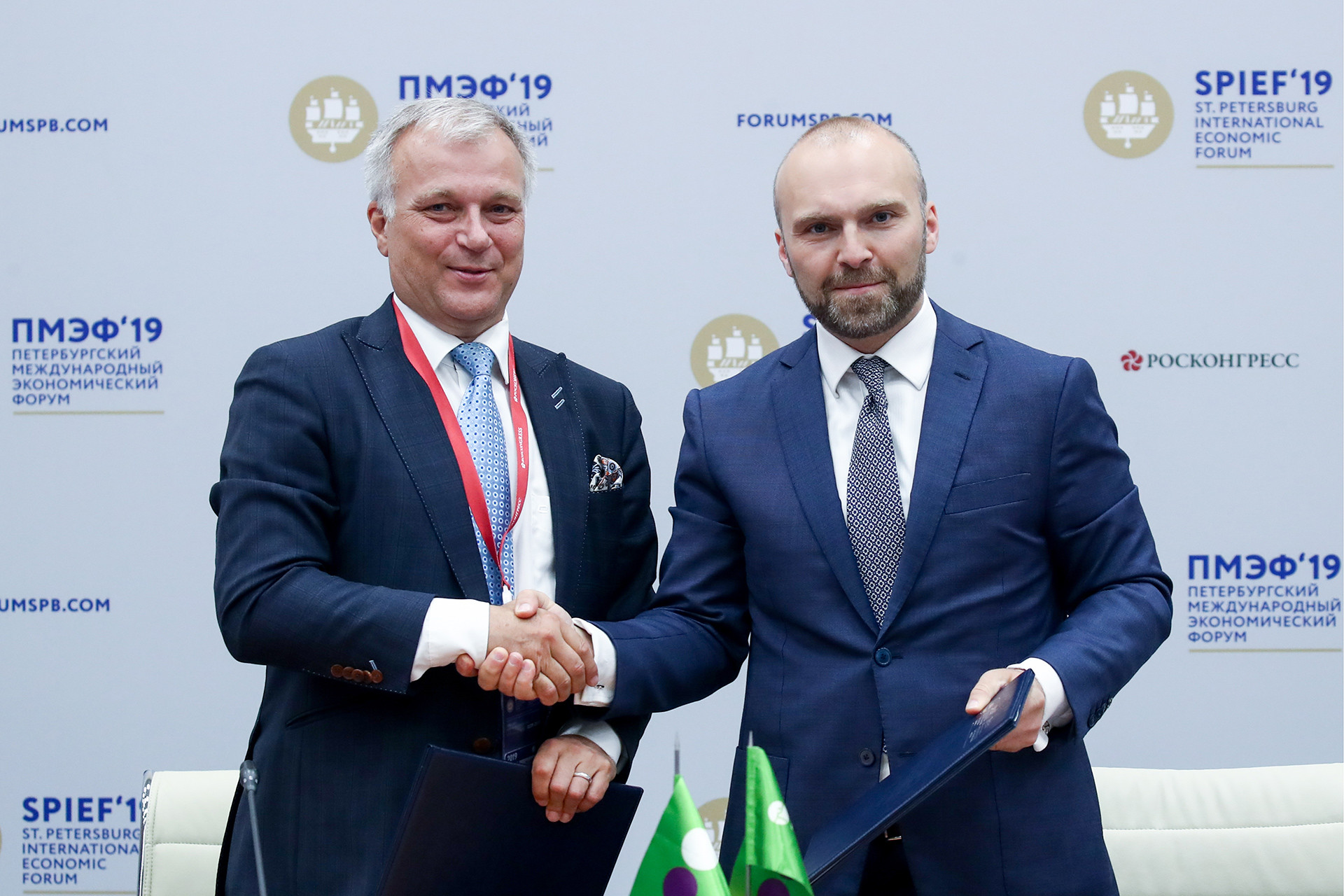 3. The Finnish infrastructure operator Cinia Oy and Russian telecommunication provider MegaFon signed an agreement to establish an international consortium for the construction of a new underwater high-speed fiber-optic line from Helsinki to Tokyo. The new line will run along the bottom of the Arctic Ocean and will become a unique Europe-Asia route with the best signal transfer rates.

4. Proton Therapy Development, a Czech clinical center of cancer treatment and diagnostic imaging, is going to cooperate with Russian counterparts to open a clinical center for cancer treatment, in Russia’s Kaluga region. The Czech company is going to co-invest in the project which will require around 12 billion rubles ($185.9 million). According to the agreement, this center will be created by 2024 and will be equipped to the highest technological standards.

5. British-Dutch transnational consumer goods company Unilever and Russian X5 Retail Group agreed to install automatic machines for receiving used plastic containers in Moscow’s grocery stores. According to the contract, the companies will start with conducting a pilot test, and, if successful, will agree on the scope of the project. 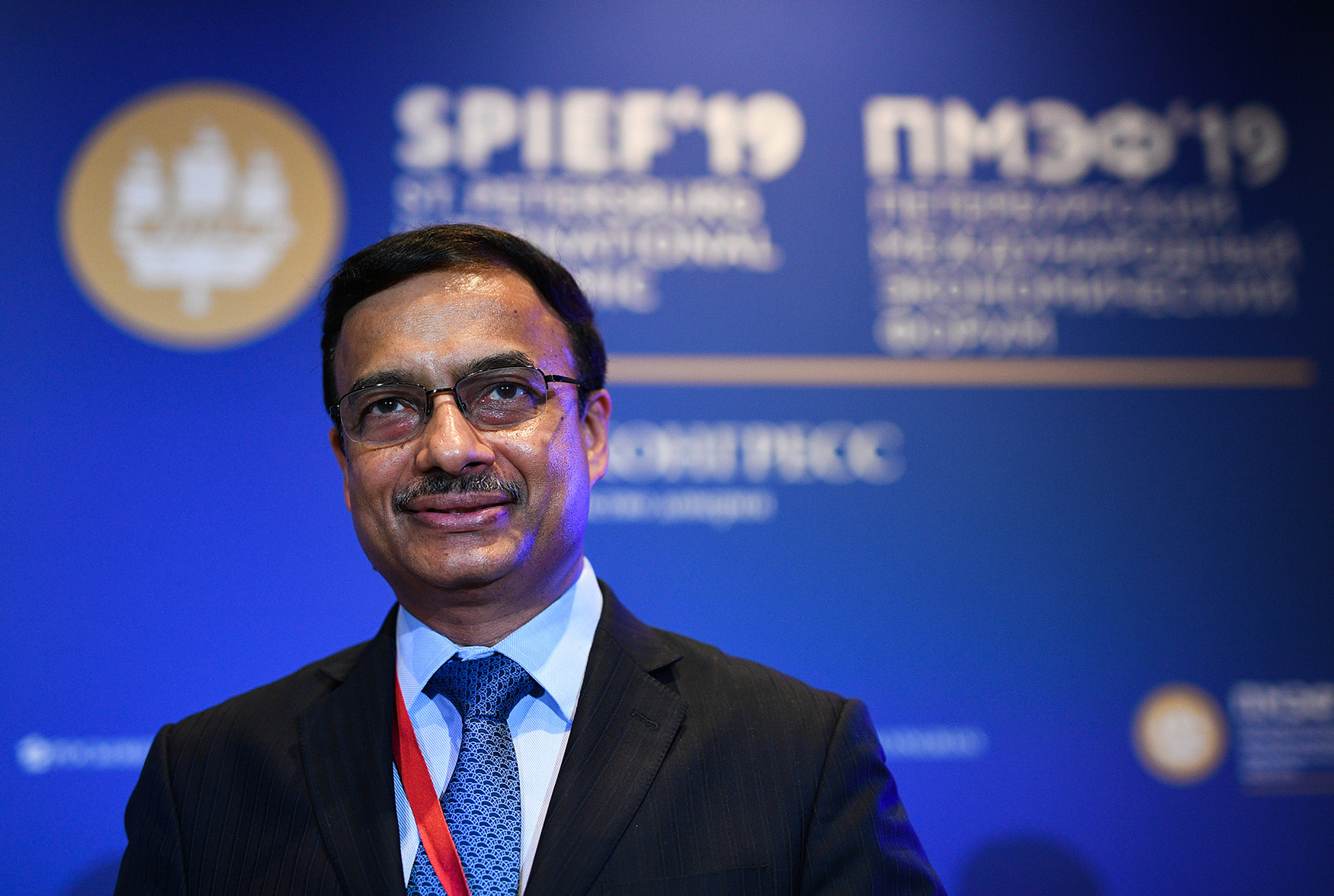 6. American transnational company Procter & Gamble plans to invest 2.4 billion rubles to extend its plant and create a new distribution center in Novomoskovsk, Tula region. The volume of investments will amount to 2.4 billion rubles ($37.18 million). Part of the funding will go to the localization of the production of feminine hygiene products (brands Always, Tampax, etc.). The decision was made to provide greater flexibility in the local market, reducing the supply chain and production costs.

7. Japan Tobacco International, a global cigarette manufacturer, also signed a deal with Rostov region to invest around $12 million in “Donskoy Tabak” tobacco factory in 2019-2020. One of the points of the agreement will allow extending social packages for 700 employees of the factory located in the Rostov region. The company is also ready to support the region in the field of ecology and the implementation of measures to combat the market of counterfeit tobacco products.