Why has Russia cut its debt to ZERO?

Business
Ksenia Zubacheva
Reuters
The country’s cash reserves overtook its debt for the first time since 2014. Why is this important?

Russia’s strive for independence, both politically and economically, seems to have pushed the country to the new level. In response to Western sanctions and the fall of oil prices, authorities set on a course to accumulate reserves to ensure financial stability. As a result of the strict debt discipline, the country’s net public debt has now fallen below zero, reports  RBC Daily (link in Russian).

Official statistics show that the Kremlin can now easily pay off all its debts - if it suddenly needed to. As of August 1, the country’s total debt (the state’s external and domestic debts) was 16.2 trillion rubles ($248 billion) or 15 percent of GDP, which is a little less than the amount of cash in Russia’s deposits with the Central Bank and commercial banks - 17.6 trillion ($269 billion) or 16.2 percent of the GDP.

Lower debt than the US or China

These numbers don’t include commercial debt, but even if one does take that into account, the Russian economy still looks better than... the rest of the world! Dealing with the 2008 global financial crisis, many world economies had to borrow heavily to avoid a recession and, according to the IMF, the most indebted economies in the world are also the richer ones.

“As for Russia, in 2017, its debt was at 84 percent of GDP with 81.5 percent of it being commercial (or privately-owned) debt or, in per capita terms, $897 per person,” says Gaidar Gasanov, expert at the International Financial Center in Moscow. “Russia’s reserves have exceeded $500 billion for the first time this year, which means that the economy can ensure the stability of its national currency in case of new potential risks of sanctions in the future.” 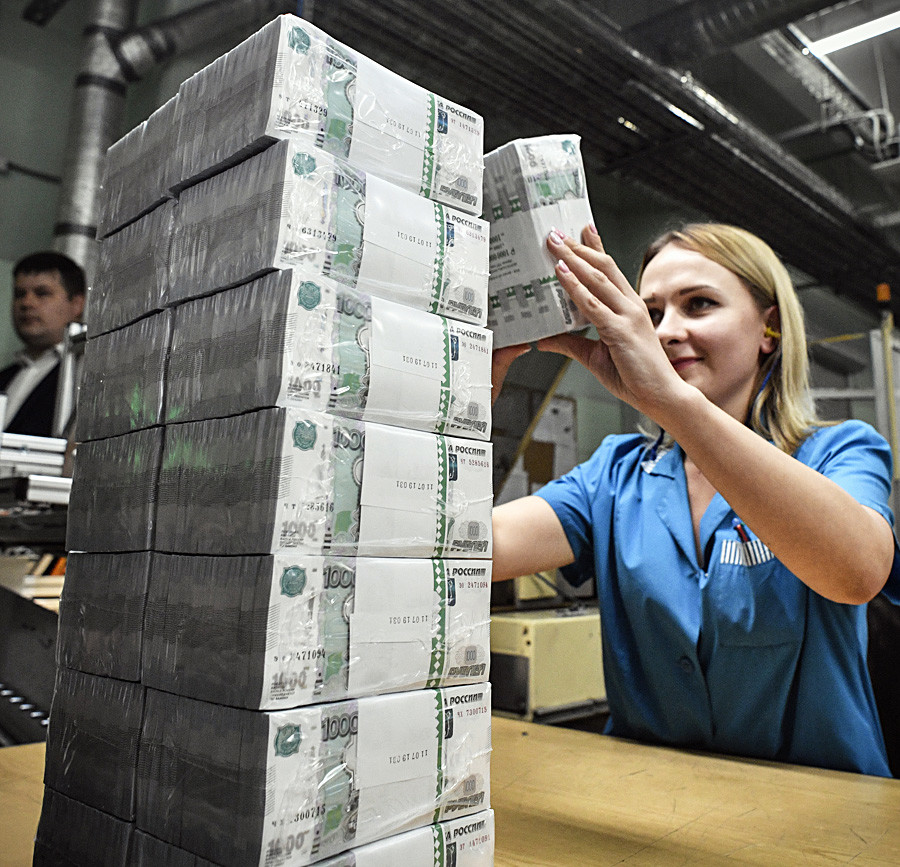 Yet, such a policy didn’t come without a price, experts say. The result of saving money and not using it to boost economic growth leads to further stagnation, says Sergey Suverov, senior analyst at BKS Premier. “The GDP growth in the first half of 2019 reached only 0.7 percent,” he argues. “This leads to a unique situation which points to a high credit worth of Russian bonds, as well as to a lower attractiveness of investments in Russia. Investors need to see economic development, and there is none.”

At the same time, this money-saving course could have been a forced decision, thinks Anton Bykov, senior analyst at the Center of Analytics and Financial Technologies. “This policy pushed the authorities to cut social expenditures and increase taxes, which didn’t play in favor of authorities’ public ratings,” he says. “What could have pushed the government to proceed with this policy? They probably expect the reduction of state revenues in the future, due to the slowdown of the global economy. And this in a situation when the Western borrowing market is closed.”