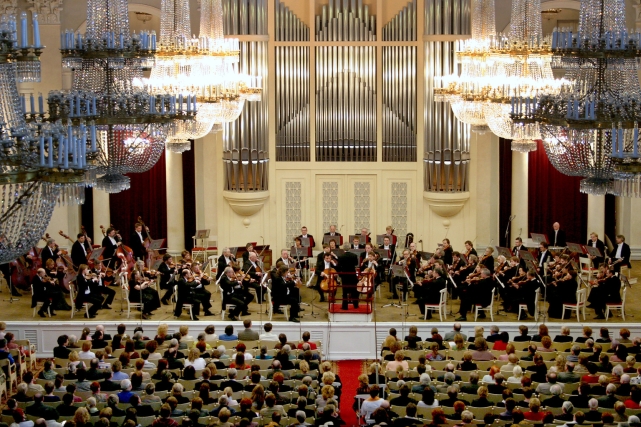 The St. Petersburg Philharmonic Orchestra, Russia's oldest symphonic ensemble, was founded in 1882. In that year, on the Order of Alexander III, the Court Musical Choir was established - the prototype of today’s Honoured Collective of the Russian Federation. Thus, in 2007, the orchestra celebrated its 125th anniversary.

The Musicians' Choir was founded to perform in the royal presence - at receptions and official ceremonies and at the balls, plays and concerts at the Royal Court. The pinnacle of this type of activity was the participation of the choir in 1896 in the coronation ceremony of Nicholas II.

In 1917 the Orchestra became the State Orchestra and following the Decree of 1921 it was incorporated into the newly founded Petrograd Philharmonic, the first of its kind in the country.

In 1918, directed by the composer, the orchestra premiered the Classical symphony of Prokofiev. And in 1926 Shostakovich made his debut as a composer when Nikolay Malko conducted Shostakovich’s First Symphony in the Great Hall of the Philharmonia.

In 1938 Evgeny Mravinsky, the First Prize winner of the National Conductors Competition, joined the orchestra and for the next 50 years he gradually transformed it into one of the best orchestras in the world. The orchestra rapidly became the model for the performance of Tchaikovsky and Shostakovich symphonies.

In 1988 Yuri Temrikanov was elected by its musicians to become the principal conductor of the most famous national orchestra, a position he holds to this day. In just the last few years the orchestra gave several world premieres and opened the 2005-2006 Season at Carnegie Hall.