Moscow’s Theater of Nations at Lincoln Center Festival in July 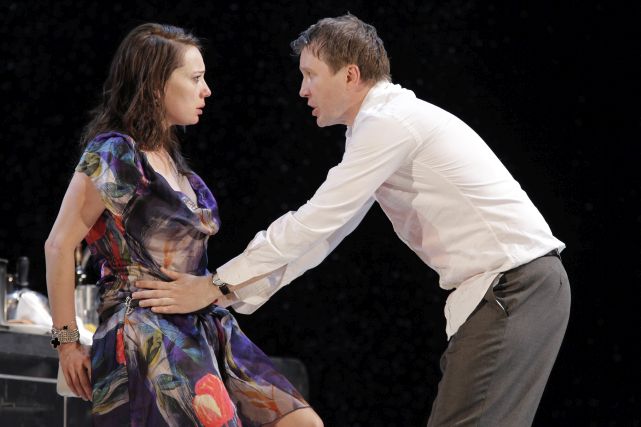 Adapted by Russian playwright Mikhail Durnenkov this modern production is directed by Thomas Ostermeier, one of the leading forces in contemporary theater and artistic director of Berlin’s Schaubühne am Lehniner Platz. Miss Julie will only have six performances at New York City Center.

About Theatre of Nations and Miss Julie

This production premiered in Moscow in 2011. The play was adapted by Mikhail Durnenkov, and hews to the original 1888 Swedish text, but uses contemporary language to characterize life in the new class structure of today’s Russia.

Set during a night in and around the kitchen of a large mansion, Miss Julie tells the story of a count’s daughter, who, bored with her life in the aristocracy, becomes the mistress of Jean, an educated servant in her father’s household. What ensues is a struggle for power as the main characters, representing the seemingly outdated and fading class of “haves,” and the rising class of “have nots” fight for dominance in a battle of words, lust, and psychological warfare. Jan Papplebaum’s impressionistic stainless steel set revolves, and the open kitchen has a video screen above it allowing the audience to see every aspect of the struggle between Jean and Miss Julie. 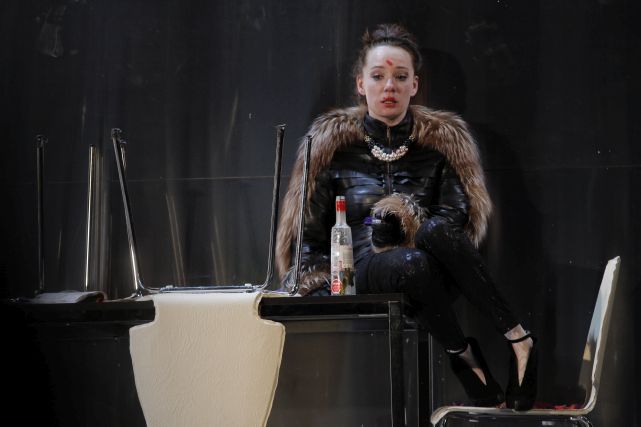 Theatre of Nations, founded in 1987 under the name of the Theatre of Friendship, it was renamed in 1991 into the State Theatre of Nations. The Theatre of Nations develops and implements a variety of theatre programs, organizes and holds national and international festivals, presents the best Russian and foreign productions of all genres and trends, produces its own performances, and pursues the ultimate goal of becoming the center for bringing up a new generation of theater practitioners.

The Theatre of Nations has been constantly touring, in most cases, as a member of the major Russian and European theatre festivals. The Lincoln Center Festival 2015 presentation of Miss Julie is made possible in part by generous support from the Laura Pels International Foundation for Theater.

Tickets are also available via CenterCharge, 212.721.6500, and at the Festival box office located at Avery Fisher Hall, 65th Street and Broadway.