Exhibition ‘The Roerich pact. History and Modernity’ in Washington D.C.

RBTH
The Russian Cultural Centre in Washington, D.C. will host the exhibition of the International Centre of the Roerichs dedicated to the Roerich Pact.

On March 4, 2016 the Russian Cultural Centre will open the exhibition “The Roerich Pact. History and Modernity” organized by the International Centre of the Roerichs and dedicated to the signing of the treaty “On the Protection of Artistic and Scientific Institutions and Historic Monuments.”

This treaty, which laid the basis for the creation of key instruments of international law aimed at protecting the cultural values ​​of humanity, was titled the Roerich Pact in the honor of its initiator and inspirer, the great Russian artist, scientist, traveler, thinker and public figure Nicholas Roerich. It was signed on 15 April, 1935 in Washington in the White House by the representatives of 21 countries of North and South America in the presence of the US President Franklin Delano Roosevelt. 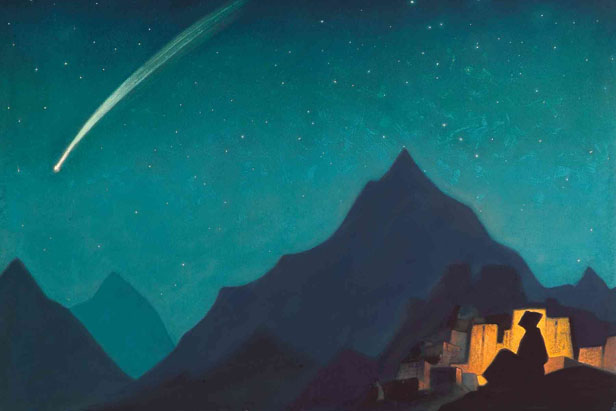 In pictures: The end of the mystical Roerich dynasty>>>

UN Secretary-General Ban Ki-moon, in his official message for the exhibition, stressed an outstanding contribution of the Roerich Pact in the formation of international law aimed at preservation and protection of cultural heritage, as well as the relevance of its ideas in the contemporary world. “This exhibition pays tribute to the ground-breaking Roerich Pact and bears witness to our determination to take its spirit forward. I wish to thank the International Centre of the Roerichs for organizing this inspiring display. I appeal to governments and people everywhere to come together to safeguard our common heritage and humanity,” he said in this letter.

The upcoming exhibition pays tribute to the main idea, which Nicholas Roerich, russian artist, peacemaker and writer laid as the basis of the groundbreaking Pact – “Peace through Culture”. More than 80 years ago, the Roerich Pact was signed in Washington by the representatives of 21 member-states of the Pan-American Union including the USA.

The exhibition includes extensive material about the history of creation of the Pact and “the Banner of Peace”: unique photographs, the most valuable archival documents from the collection of the International Center of the Roerichs, copies of paintings by Nicholas Roerich, the originals of which are stored in various museums around the world.

This exhibition is part of a world wide project of the International Centre of the Roerichs (ICR) and the International Roerich's Heritage Preservation to promote the Roerich Pact. The exhibition has been organized in many cities all around the world, at the UNESCO Headquarters in Paris, at the United Nations Office in Geneva and New York and so on.

The Roerichs Pact, also known as the Treaty on the protection of artistic and scientific institutions and historic monuments, or the Washington Pact, is the first international treaty in history on protection of the cultural heritage that established the priority of protecting cultural values over military necessity.

For more information contact The Russian Cultural Centre in Washington DC at 202-265-3840, or e-mail.