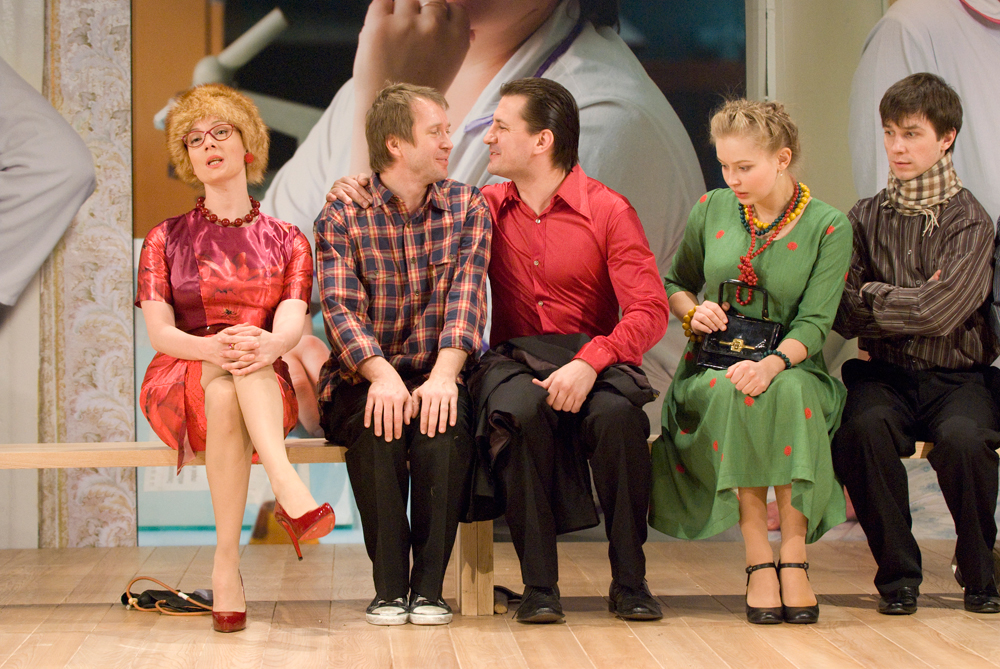 Based on the famous stories by Vasily Shukshin
Director and Set designer: ALVIS HERMANIS

Renowned actors Chulpan Khamatova, Evgeny Mironov and Julia Peresild, who received rave reviews for their performance in Miss Julie during the 2015, return to New York City Center for FOUR PERFORMANCES ONLY on JUNE 8 - 11, 2016 with a critically acclaimed production of "Shukshin's Stories" directed by Alvis Hermanis (Latvia).

Based on the famous stories of Vasily Shukshin, Siberia-born iconic writer of the Soviet era, this vivid and witty production comprises 10 vignettes full of love, humor, nostalgia, laughter, and authenticity. The play is a winner of prestigious Golden Mask Theatre Award in 3 nominations, and The Crystal Turandot Theatrical Award. It has toured internationally to The Vienna Festival (Austria), Teatrformen (Hannover, Germany), International Festival in Helsinki (Finland), Golden Mask in Baltia Riga (Latvia), Tallinn (Estonia) and Vilnius (Lithuania), Tel-Aviv Centennial Festival (Israel), International Festival of Modern Drama (Berlin, Germany) and Dutch Festival (Amsterdam). The intense and colorful texts by Vasily Shukshin together with the star-studded cast and the delicate direction by Alvis Hermanis have created an ideal recipe.

ABOUT THEATER OF NATIONS:

The Theatre of Nations develops and implements a variety of theatre programs, organizes and holds national and international festivals, presents the best Russian and foreign productions of all genres and trends, produces its own performances, and pursues the ultimate goal of becoming the center for bringing up a new generation of theater practitioners.The Theatre of Nations has been constantly touring, in most cases, as a member of the major Russian and European theatre festivals.

The play is performed in Russian, with English super-titles.