What Remains: Asya Dodina and Slava Polishchuk at Narthex Gallery 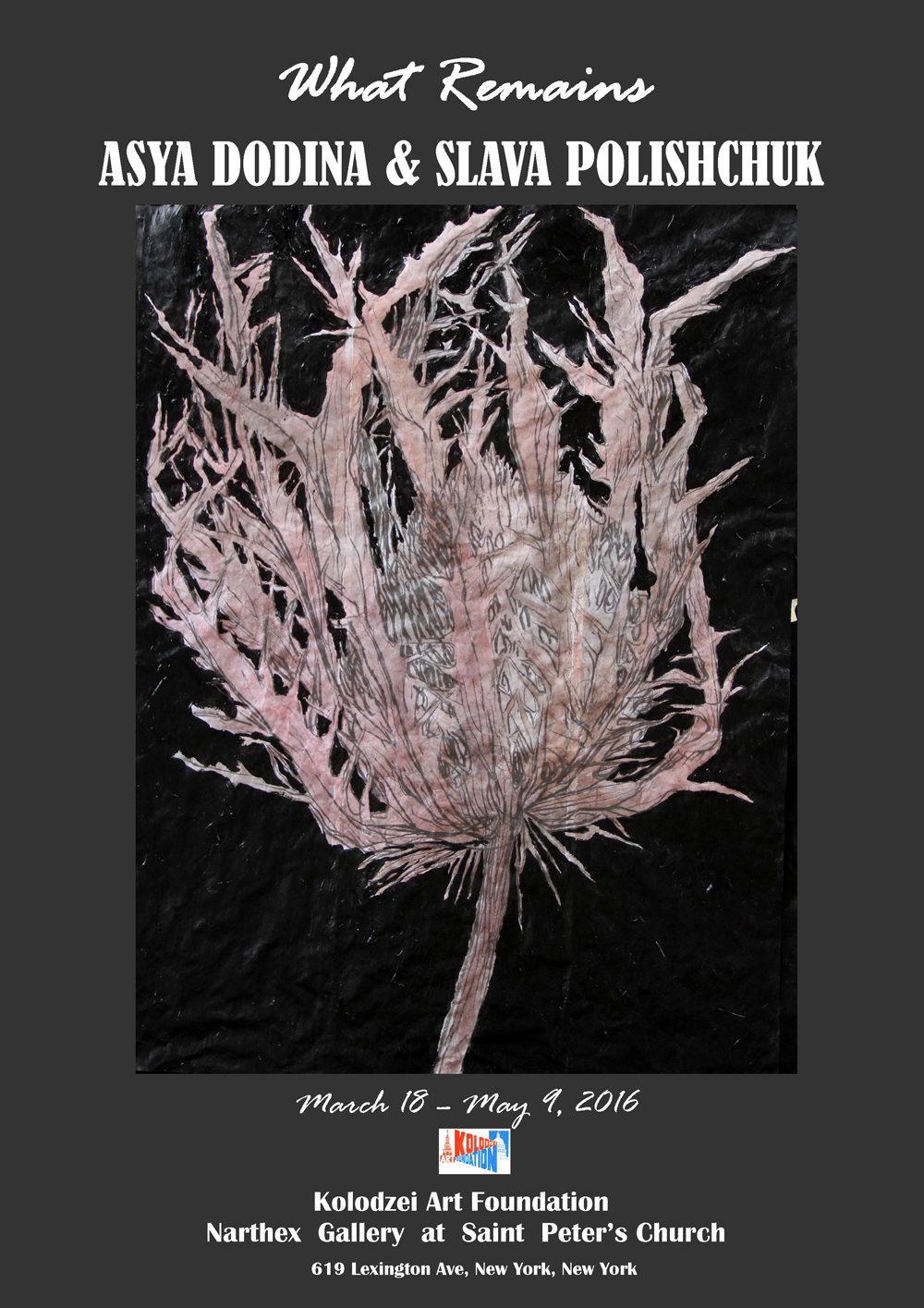 The series What Remains by Russian-American artists Asya Dodina and Slava Polishchuk appeal to the viewer on both analytical and emotional levels: their philosophical reflections on art drive their artistic process, alluding to the ephemeral nature of contemporary society and to the passage of time.

Asya Dodina and Slava Polishchuk wrote: “Witnessing the destructive power of Hurricane Sandy and the unspeakable tragedies that it brought, we started our project What Remains. The project is addressed to the themes of loss and memory. Images of empty nests floating in nowhere; fragments of plants, drawn with graphite, juxtaposed to debris of the computers; cell phones,  assembled on the canvas and then covered with splashes of paint. Images are symbols of lost lives and homes, but at the same time they are symbols of hope.”

Personal and cultural memory acquire a spatial embodiment.  The artists extract and elevate visual images from the past, dramatize and transform them in order to arrive at something more universal, something common to the entire human experience.  Juxtaposition and collision of different styles, aesthetics, media, combinations of elaborate fine details, textures, and remnants of computers interweaved onto  Japanese paper; the artists  construct their artworks on the intensity of coexistence of opposite extremes, playing on the ambivalence of meaning, encouraging discussion of their work.

Asya Dodina and Slava Polishchuk have been working on the series What Remains for the last five years.

Asya Dodina was born in Moscow, Russia. She received an M.F.A. from Brooklyn College, City University of New York (CUNY), and a B.F.A. from The State Moscow Art Institute named after V. Surikov. Her awards and honors include the Medal of the Russian Academy of the Arts, and Project Grants from the New York State Council of the Arts.

Asya Dodina and Slava Polishchuk work in collaboration since 2003, they live and work in New York.