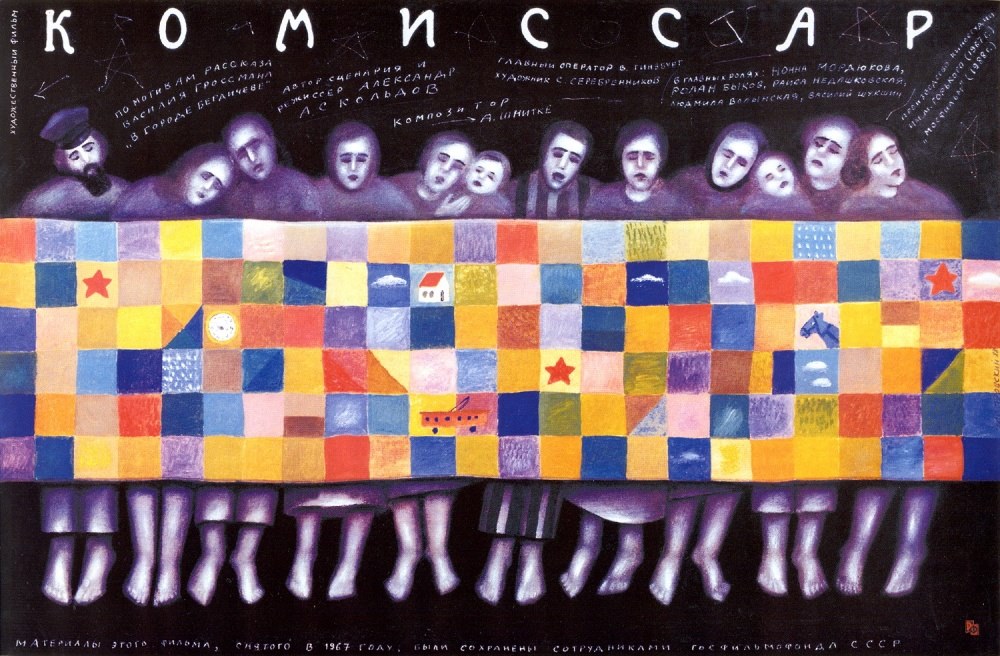 Soviet film Comissar based on one of Vasily Grossman's first short stories, "In the Town of Berdichev", first shown in 1988.

A work of considerable artistic merit, Aleksandr Askoldov’s Commissar (Комиссар) is nonetheless most famous on other than artistic grounds. Based on the story “In the Town of Berdichev” by Grossman, it is writer-director Askoldov’s only film. Made in 1967, it was suppressed by the Soviet government for twenty years, appearing at home and in worldwide distribution, after finally being completed, only when glasnost had liberalized the nation and national prerogatives—and even then only because Askoldov indefatigably pursued its release. (It took a Silver Bear and the prize of international film critics at Berlin in 1988, and Askoldov also won at Flanders.)

Read more: Vasily Grossman’s fate: From Stalingrad and Armenia to the West