'Swan Lake' ballet of the Bolshoi Theater in cinemas worldwide 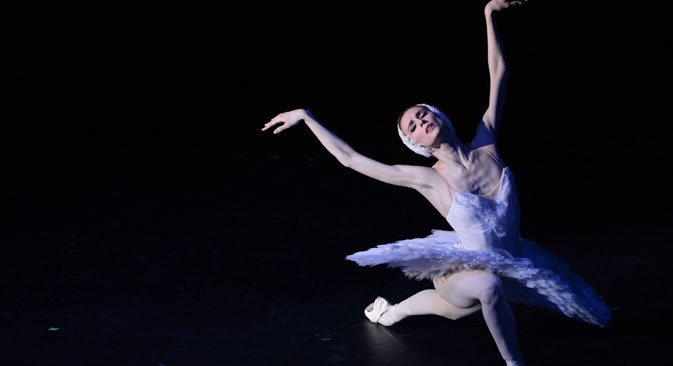 Svetlana Zakharova, the Bolshoi prima ballerina assoluta, will star in the double role of white swan Odette and black swan Odile in Swan Lake, shown in cinemas on Feb. 5. The 5th out of the 7 ballets of the 2016-2017 Bolshoi Ballet in Cinema season will be presented in the choreographic version by Bolshoi’s historical ballet master Yuri Grigorovich, who turned 90 in January.

This cinema-exclusive event will celebrate the anniversary of Tchaikovsky’s first ballet, created on the Bolshoi stage in 1887, and its timeless score. The most acclaimed dancer of the company, Svetlana Zakharova will be dancing the main dual role of Odette and her rival Odile. Denis Rodkin, the company’s youngest male principal dancer, will take on the role of Prince Siegfried.

Swan Lake is the last in a series of three ballets this season, along with the Nutcracker and the Sleeping Beauty shown in cinemas last December and January respectively. Since the 1960s, the Russian choreographer has staged a great number of ballets for the Bolshoi, repertoire classics along with modern creations, and has given the company some of its most celebrated productions to this day.