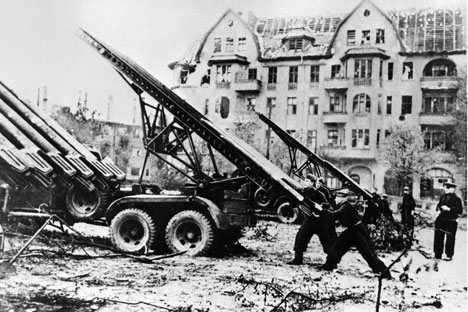 Katyusha during the battles in Berlin. Source: RIA Novosti

Rockets, one of the primary offensive tools in the arsenals of the modern army, were widely used in warfare long before the 20th century. As early as the 1800s, Russia already fielded one of the most advanced rocket systems in existence.

As far back as the Russo-Turkish War of 1828-29, Russia’s Dunaisk Army, deployed on the Balkan Peninsula, comprised 24 rocket  companies armed with around 10,000 rocket systems produced by the Russian designer Alexander Zasyadko.

Fuelled with gunpowder mixes and carrying fragmentation or incendiary shells as warheads, the rockets were launched on special platforms in salvos of 36 units. Having a range of up to 3km, these were the forebears of modern multiple rocket systems.

The first military rockets were constructed much like fireworks, which had been an integral part of large festivities in Europe, Asia and Russia since the 17th century. The military variant differed mainly in its larger dimensions - necessary to carry the heavy explosive element.

Zasyadko’s pyrotechnic laboratory in Mogilev (in modern-day Belarus) and later in St. Petersburg produced rockets of various calibers like those used by conventional artillery. This was due to the inclusion in the explosive component of the same fragmentary bombs and incendiary charges fired by cannons in service.

Remembering the final surrender at Stalingrad

After the battlefield successes of the war with Turkey, the use of rocket weaponry was stepped up. Their excellent incendiary capabilities quickly gave Russian armorers the idea of fitting naval vessels with rockets. But it was Konstantin Konstantinov, another skilled designer and rocket enthusiast, who was the pioneer of rocket armament in the oar- and sail-powered fleets in the first half of the 19th century.

Konstantinov was able to improve both the firing range and accuracy of rockets by means of spinning the projectiles during flight. This was achieved through installing side apertures which emitted part of the combustible force of the powder mix. 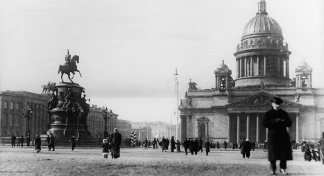 Modified versions of Konstatinov’s rockets of the 1840s could hit a target at 4.2 kilometers – an unobtainable range for smoothbore artillery pieces of the time.

The largest manufacturer of military rockets in the 1830s and 1840s was the specialized “St Petersburg Rocket Institute”, which by 1850 had produced 49,000 rockets of various specifications.

Three years later, in 1853, the Crimean War broke out. The conflict saw extensive use of rockets by both Russia and Britain, especially in the latter’s bombardment of the cities of Odessa and Sevastopol. However, as Konstantinov noted in his memoirs, deficiencies in their means of measuring range and duration of flight resulted in the premature activation of their detonators, causing rockets to explode in mid-air short of the target. The overall construction of the British rockets was, in his opinion, flawed.

Meanwhile, the Russians gave as good as they got, returning fire on the Allies with the world’s first mobile rocket artillery, essentially the forerunner of the 20th Century ‘Katyushas’.

Launch platforms comprising six or ten tubes were mounted on horse-drawn wagons which allowed the rapid deployment of these cumbersome weapons. The rocket battery of Lt. Dmitry Shcherbachyov went on to win lasting fame in this conflict.

Throughout the 19th century Russia had one of the most advanced rocket systems of the era. The appearance of accurate, long-range rifled artillery pieces with the same basic military capabilities subsequently brought a temporary decline in the use of rocket weaponry. However, as history shows, this was merely the prologue to the long story of their service.