Top 3 new acquisitions of the Russian armed forces in 2013 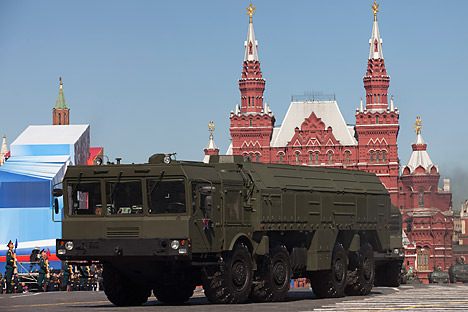 It is necessary to pick up the pace of equipping the Russian armed forces with modern armaments and military equipment, commented Chief of the General Staff Valery Gerasimov in reference to the plan for rearming the armed forces by 2020.

The main positive aspect is that the troops have begun receiving not just single pieces of equipment, as in the past, but enough for entire divisions and regiments. Because of this, in 2013 alone, the share of modern weapons in the strategic nuclear forces reached 45 percent, in aerospace defence, 62 percent, in the air force, 42 percent, navy, 52 percent and ground forces, 21 percent.

So what is the Russian military buying?

The most important symbol of modernizing the Russian air force in 2013 was Sukhoi's first shipment of 32 new Sukhoi Su-34 bombers. This aircraft is considered one of the most unique upgrades in arsenal made by the Russian Air Force in recent times. 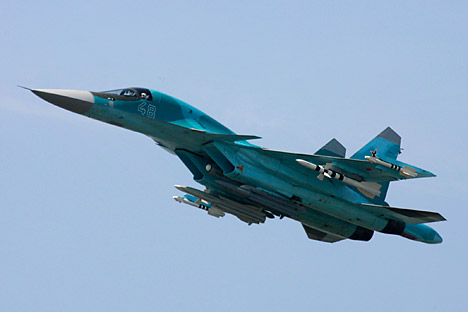 The Su-34 is a hybrid fighter and bomber. With a takeoff weight of almost 50 tonnes, it can perform aerobatics, act as a fighter-interceptor, and carry out precision bombing of small targets, all with equal ease.

The bomber can carry 8 tonnes of precision-guided bombs and missiles at a time. It can operate in all weather conditions regardless of the time of day. The reinforced protection of the cockpit and vital components of the aircraft allows the Su-34 to withstand damage more severe than other aircraft in its class can handle. The fact that the aircraft was built to be easily updated ensures a lifespan of 30-35 years. In total, the military plans to acquire at least 120 of these planes in the near future.

Conqueror of the world: Iskander-M

In 2013, the Russian army received the first two complete missile brigades of the Iskander-M tactical system. Prior to this, only separate divisions of the tactical system had been introduced into combat duty. In addition, the Russian Defence Ministry reported with undisguised pride that it had taken the necessary steps to counter threats from the U.S. missile defence system deployed in Eastern Europe and that it had, in fact, deployed the Iskander in the Kaliningrad region.

The missiles are concealed in a four-axle truck, and have a range of more than 500 km and a flight speed of 2000 metres per second. Each of the missiles can hold a nuclear, conventional, or cluster warhead. 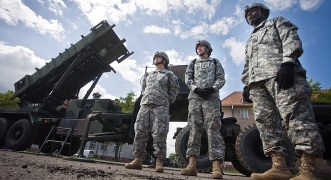 From a location deep in the rear, the Iskander can destroy missiles, long-range artillery, air and missile defence systems, aircraft on airfields, command posts and communications, including underground, other important small and area-type targets -- all with equal effectiveness. To increase the kill ratio of heavily armoured targets, the system has complex technical solutions allowing the missiles to easily overcome air defence or missile defence systems of the enemy that are almost the same as those found on the Topol-M. The homing systems of the Russian missiles are so sensitive that they can successfully hit any targets (underground, small-size, area-type, or mobile) even on moonless nights when there is no natural lighting, with an accuracy of ±2 meters.

Last year, the Russian Navy acquired three next-generation nuclear submarines all at once. Two of them are Borei-class ballistic missile submarines of Project 955 equipped with Bulava strategic missiles (Yury Dolgorukiy and Alexander Nevsky). The third is the Severodvinsk, a Project 885 Yasen-class submarine. This sub will replace several current classes of armed submarines in the fleet. 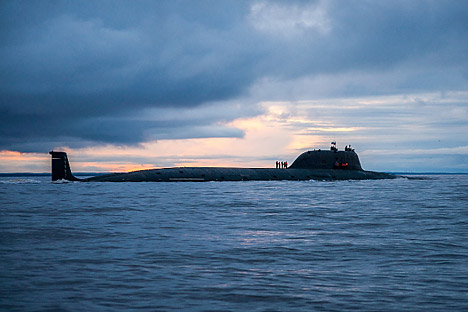 Experts consider Yasen-class subs to be a real innovation in underwater shipbuilding. Their noise profile is not only superior to Akula-project submarines, but also quieter than the latest American nuclear submarines, the Seawolf class.

The Akula Project 971 third-generation nuclear submarines are virtually undetectable in the ocean depths. American and British sailors are well aware of how dangerous these submarines are. They have been sighted several times in the coastal waters of the UK, the U.S., and Canada, but could not be tracked or escorted.

Severodvinsk carries several types of cruise missiles and torpedoes. One of them is the Yakhont supersonic cruise missile, which is the basis for the Zircon hypersonic missile currently under development. Its array of bombardment weapons allows the sub to both hunt for enemy aircraft carriers and carry out massive missile strikes against coastal targets with equal ease.