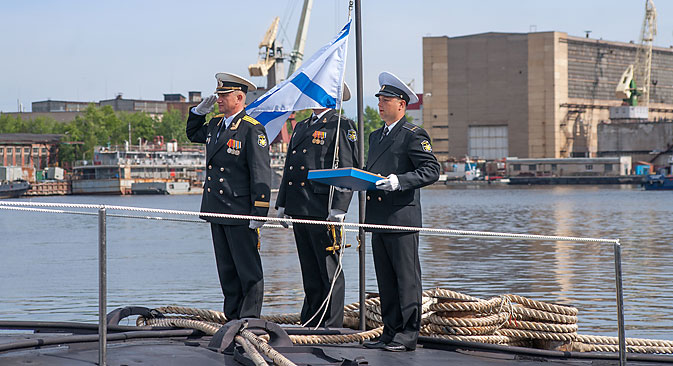 A new Project-885 Yasen-class multi-purpose nuclear submarine has come into service with the Russian Navy. A rival to the U.S. Seawolf-class and Virginia-class submarines, the new vessel has been decades in the making, with designs originally completed back in 1991.

On June 17, the new Project-885 Yasen-class multi-purpose nuclear submarinejoined the ranks of the Russian Navy’s fleet. The creation of this nuclear submarine should have become a revolution for the Soviet submarine fleet, but owing to the economic problems of the 1990s the project was mothballed.

The key feature of the Yasen-class submarine, which still remains one of the Russian defense industry’s most closely guarded projects, is its universality, previously unachievable either by its Russian predecessors or their foreign equivalents.

The Severodvinsk, the lead Yasen-class submarine, was launched on June 17. By the time design work on it was finished in 1991, the submarine marked a new era in Russian submarine construction.

Unlike in the U.S., where from the moment its nuclear submarine fleet came into being there was a drive towards uniformity, in the USSR there were many submarines created under different projects, which were difficult to unify and whose functions often overlapped. 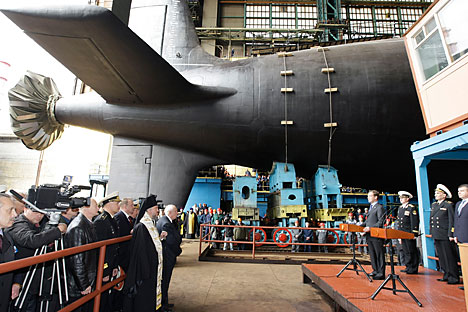 That practice had to be abandoned when a fourth-generation submarine began to be developed in 1977. A decision was taken to give up narrow combat specialization, which meant that the new nuclear submarine had to be equally good at hitting underwater and surface targets as well as launching cruise missiles against ground targets; in other words it had to be able to address practically any tasks facing the submarine fleet.

To achieve that goal, Russian submarine designers made use of original engineering solutions. It was decided that Yasen-class submarines would not make use of the double-hull structure that all Soviet submarines had at the time. However, neither did it become a single-hull submarine, like its U.S. equivalents.

Two hulls ensure a submarine's reliability and buoyancy, while a single hull means noiselessness and invisibility. Yasen became something in between, having the so-called "one and a half hull" architecture, with a light hull covering only part of the submarine's pressure hull.

Another traditional feature of Soviet submarine design that was not implemented in the Yasen-class submarine was the location of its torpedo tubes in the bow. That was where the submarine's powerful sonar system Irtysh was based, so there was simply no space left for torpedoes.

Consequently, the torpedo tubes were placed in the middle section of the submarine at an angle to the centreline, borrowing a construction solution widely used in the U.S.

The submarine's main weapon is the 3M55 Oniks (Yakhont) supersonic anti-ship missile, with a range of up to 350 km. A multiple launch of 24 of these missiles could present a serious problem even for a U.S. carrier force with a powerful air defense system.

Yasen-class submarines are equipped with the Russian equivalent of the U.S. Tomahawk missile, the Granat, which has a firing range of up to 3,000 km and, just as its U.S. counterpart, can carry a nuclear warhead. In addition, the new submarine has 3M14 Kalibr missiles, with a firing range of over 500 km, enabling Project-885 submarines to carry out massive high-precision strikes against ground targets.

Through its torpedo tubes, the submarine is able to launch 3M54 Biryuza anti-ship missiles and 91R anti-submarine missiles, as well as having the capacity to drop mines. As part of its self-defense capability, the Severodvinsk has special devices for shooting down various decoys and, possibly, a system of active anti-torpedo defense, capable of destroying enemy torpedoes with special small-size anti-torpedoes.

In his book Cold War Submarines, American naval analyst Norman Polmar ended the chapter on the latest U.S. and Soviet nuclear submarine projects by concluding that there was a lot of evidence to support the view that Soviet fourth-generation submarines had reached a level in many aspects equal to or surpassing that of their American rivals.

The U.S. equivalents of the Yasen-class submarines are multi-purpose Seawolf-class and Virginia-class submarines, although Yasen is intended for a broader range of tasks.

Here is how Russian military expert Igor Korotchenko lists the tasks facing the new submarine: "First, to follow the U.S. Ohio-class strategic missile submarines. Also, possibly, to carry out combat patrols in regions where the Russian Navy wants to prevent the presence of foreign submarines. At the same time, Yasen-class submarines can launch cruise missiles against ground targets, including in the course of local conflicts in those regions where deploying a permanent Russian Ground Troops force is unfeasible." 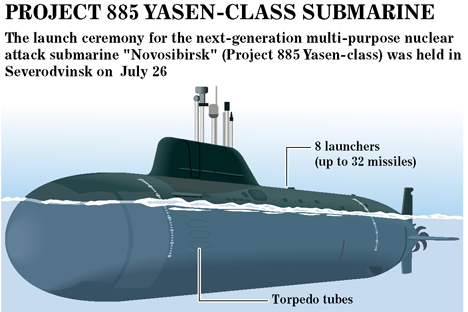