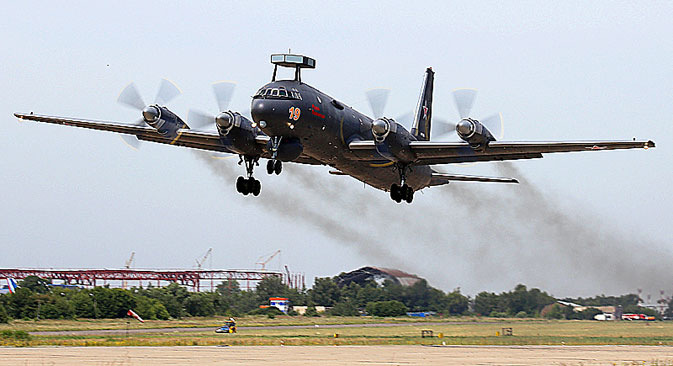 The Ilyushin Il-38 is the military version of the famous Il-1 airliner. Source: Press Photo

The anti-submarine Ilyushin Il-38 aircraft is based on a model that has demonstrated its effectiveness for decades. The modernized plane has a sophisticated targeting system and will significantly increase the combat capability of Russia’s Northern Fleet.

On July 15, Russia’s Northern Fleet acquired a new plane – the Ilyushin Il-38 antisubmarine plane. The aircraft, designed to hunt down and destroy enemy submarines, is equipped with the new Novella targeting and navigation system.

Yet the plane is not as new as it seems - these cutting-edge electronics have been fitted onto an aircraft that was developed several decades ago, providing an excellent example of how modernization can give well-established platforms used by the armed forces a new lease of life.

The aircraft that strikes terror into submarines

The Ilyushin Il-38 – the military version of the famous Il-1 airliner – made its maiden flight as far back as 1961. At that time, the aircraft was equipped with the Berkut targeting and navigation system. The main purpose of these aircraft was patrolling territorial waters near the Russian coast in search of enemy submarines. As the designers intended, the aircraft crew were able not only to detect enemy submarines but also destroy them with torpedoes.

The military back then acknowledged that Berkut was not up to standard. And most offensive of all, it was significantly inferior to its U.S. counterpart, the P-3C Orion, as its capability was strictly limited to fighting submarines. In contrast, the P-3C Orion could counteract not only submarines but also surface ships, as well as carry out ocean patrols and radio reconnaissance. However, the system never underwent full modernization.

The system allows up to 32 targets to be kept in sight simultaneously, both above and under water. It is used to conduct submarine, surface and air radar reconnaissance and provides target designation. The system combines a digital computer with control stations for two operators, each of which is equipped with a 13-inch LCD, and a commander’s station with a large monitor.

“All units are connected with each other via special tie buses. This solution allows customers to integrate any equipment that they desire,” emphasized Yury Yudin, Ilyushin Design Bureau CEO. “Essentially, we have a full-fledged analogue of the modern American P-8 Poseidon.”

“This aircraft will greatly enhance the combat potential of the anti-submarine component of the Navy,” said Major-General Alexei Serdyuk, commander of Center No. 859 for combat deployment and retraining of naval aviation pilots of the Russian Navy. “Search capability has quadrupled.”

One modernized aircraft will be capable of operating over an area four times the size of that previously covered by the Il-38. The airframe of this aircraft, according to Serdyuk, allows the military to carry out operations in the near and far maritime zones. 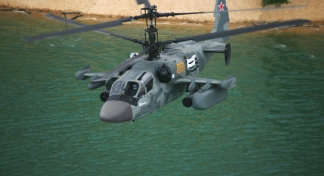 Supersonic speeds are not required to search, detect, track and destroy modern submarines. The advantage of the Il-38 is that it has a range of around 1,350 miles, which is quite enough to conduct reconnaissance and coastal patrols.

In the event that a boat or group of ships is detected by the Navy through other means, the Il-38 would be at this point ahead of the main forces and would be capable of beginning pursuit or even an attack on the target or the whole group of targets on its own.

A new life for old weapons

The aircraft has a combat load of 9 tons: torpedoes, anti-submarine bombs, marine mines, rescue containers and marine markers (OMAB-12D marine benchmark bombs) and even anti-ship cruise missiles. Under a contract with the Russian Ministry of Defense, the Ilyushin company is modernizing five Il-38s.

Modernization, in some cases, is more justified than developing entirely new weapon systems. This is primarily because of the fact that it is neither technically nor economically viable to reproduce certain carriers, such as project 1144 cruisers, in today’s conditions. Similarly, it is not feasible to build new Il-38s from scratch. However, replacing the electronics and striking capabilities in them is cost-efficient and also enhances the combat capabilities of well-established carriers which have proved themselves.

Abridged version of the article first published in Russian in Vzglyad.