Fix bayonets! The Russian peasant comes into his own on the battlefield 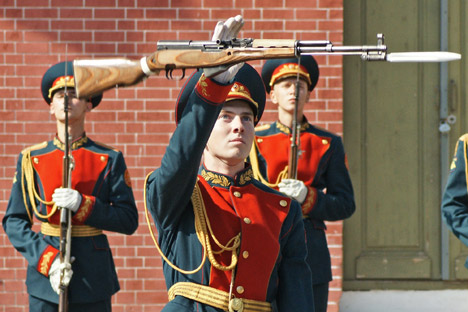 The bayonet made its debut in European armies in the late 17th century as a kind of primitive “weapon of mass destruction”. The firearms of the time were inaccurate and beset by problems with jamming. But the bayonet immediately transformed cumbersome, inefficient rifles into a battle-changer at close quarters. 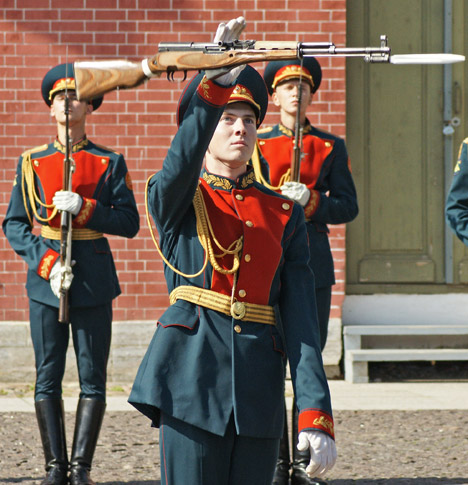 In the late 17th century, an innovation appeared in Europe that was to drastically change the dynamics and effectiveness of infantry combat – the bayonet. This fixed blade mounted below the barrel of a rifle allowed a foot soldier to fight off an attacker at close quarters when the use of a firearm was already impractical.

Bayonet fighting was still a desperate and bloody last resort, with troops naturally preferring the trigger and bullet to a melee in which bodies would quickly pile up on both sides.

But an infantry squad armed with rifles and bayonets could not only hold its ground against cavalry attacks but also mount assaults that could wipe out whole swathes of enemy troops.

Russian soldiers first became acquainted with the bayonet in the early 18th century and immediately saw the benefits of this fixed blade mounted below the barrel of a rifle. Caliber inconsistency and firing glitches often rendered obsolete rifles ineffective on the battlefield, especially for troops who had been farm hands only days earlier.

But a rifle fixed with the Russian spike bayonet was much like the pitchfork the Russian peasant had grown up with. While the European infantryman drove the bayonet toward the enemy’s breast, his rifle held at shoulder height, Russian grenadiers would attack peasant-style, swiping upwards and thrusting toward the belly. As the bayonet penetrated, he would drop his rifle butt and drive upwards.

Moreover, the triangular profile of the Russian bayonet meant the weapon could easily penetrate thick clothing and leave deep wounds that could not easily be closed, compared to the cut of a flat knife bayonet.

“The bullet is a fool, the bayonet a fine chap,” said the famous Russian general Alexander Suvorov, who emphasized the need for close-quarter fighting skills in army cadets.

While the smoothbore rifles of the late 18th century had a range of up to 100 paces,  Suvorov’s infantry covered this distance in 30 seconds, which allowed the enemy time for just one volley before they were swamped with waves of troops.

On many occasions his protégées vanquished forces several times greater in numbers with a charge. “The enemy have the same hands as us, they just don’t know the bayonet,” Suvorov wrote.

Prior to the 1799 Italian campaign against the French, he personally oversaw bayonet training for the allied Austrian army, which was also well versed in close-quarter fighting.

Napoleon exacted a narrow victory against the Russo-Austrian forces at the 1805 Battle of Austerlitz, but a French general later wrote of the close-quarter skills of the Russians: “The Russian battled his opponents one by one. I saw how soldiers fought alone with such confidence, as if they were standing with the battalion.”

At the Battle of Borodino outside Moscow in 1812, the Russians seized key French positions with eight bayonet charges. At the Battle of Leipzig in October 1813, a handful of soldiers of the Finnish Lifeguard Regiment were surrounded by superior enemy forces. The grenadiers fought back with fixed bayonets until just one soldier remained alive. Wounded 18 times, he was taken prisoner and then cited by Napoleon as an example of close-quarter fighting grit for his army. 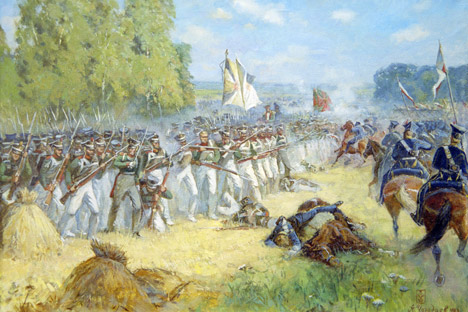 In the Crimean War of 1854-1855, the British and French experienced the full fury of the Russian bayonet charge during the siege of Sevastopol. Russia could not win the war, but the cold-steel effect was an enduring memory for the victors.

Twelve years later, Britain and France even pressured a Russian organization of the International Society of the Red Cross to lobby Russian military authorities to abandon the use of bayonet thrusts to the stomach. Russia formally acquiesced, but its soldiers often continued to fight using the old style.

By the start of the 20th century, Russian bayonet fighting skills were considered the finest in Europe, despite there being no written guidelines, skills instead being passed from soldier to soldier.

The Russian bayonet also found application in the new era of rapid-fire rifles and was even adopted for some German trophy rifles in World War I. But the spike bayonet was gradually supplanted by the knife variant, which was due to be broadly introduced into the Red Army - before the outbreak of the Second World War interrupted this reform.

The suddenness of the Nazi attack on the Soviet Union meant that there were still plenty on the battlefield when war broke out. Soviet soldier Ivan Ishchenko famously killed seven Germans in hand-to-hand fighting near Kirovograd in 1944, his long spike bayonet outreaching the shorter German ones. 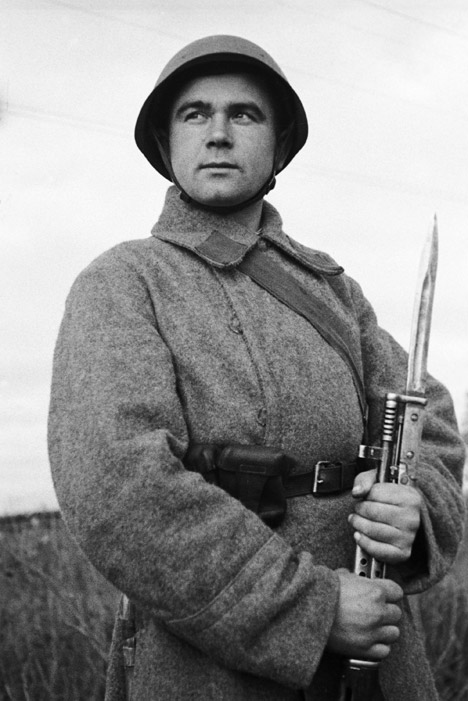 After the war, the Soviet Army finally switched to the knife bayonet, which was issued with the new Kalashnikov assault rifle. And the ancient martial art even spread beyond the military environment as a variation of fencing, with carbines and fixed bayonet.

It did not last much more than a decade, however, and was dropped at the request of the International Olympic Committee, which deemed bayonet fencing overly aggressive and militaristic.