Swapping a rifle for a mailbag: One Russian’s alternative to army service 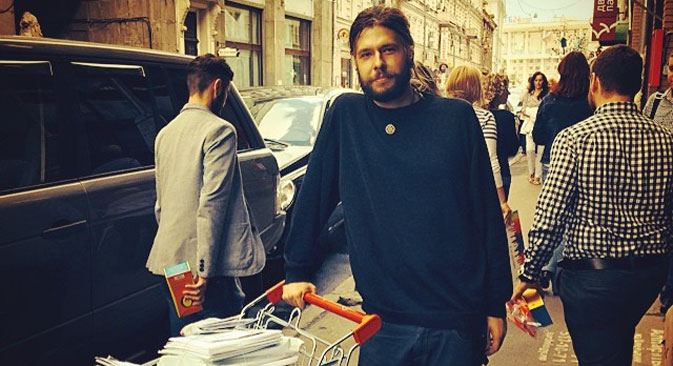 As in many countries, military service is compulsory in Russia for young men between 18 and 27, yet remains unpopular with many, who find various ways of avoiding the draft. Odd as it may seem, few take up the option of legal alternative civilian service (ACS). RBTH asked one of the young Russians who chose alternative service to share his experiences.

Like many Russians in their early twenties, I ran into a problem after finishing university – what to do about military service? For those who are not aware of the fact, one-year military service is compulsory in Russia for all young men aged between 18 and 27. However, not everyone gets enlisted; some avoid conscription by studying in universities, some ignore draft notices, while others choose to pay a bribe, often to acquire disqualification on health grounds.

Alternative civilian service was introduced in Russia in the mid-18th century, due to the relocation of the Prussian Mennonites (a Christian group that originated in the northern German lands in the 1500s) to Russia at the invitation of Catherine II (the Great).

Following their principle of rejecting any oaths, they worked as foresters, overseers or firemen. Today, every recruit has the right to ACS, if military service contradicts his beliefs or religion, and also if they are a member of one of Russia’s indigenous peoples and lead a traditional way of life.

Having already graduated and being uninterested in continuing my studies on an MA course, the first option was out, I saw it as humiliating to run and hide from draft notices, and my conscience did not allow me to bribe the officers. However, one day I discovered that it was possible to avoid going into the army by signing up for Alternative Civilian Service (ACS) instead.

Confident in my abilities and decision, I went along to the recruitment center, the human rights organization Citizen and the Army having helped me to execute all the documents I needed beforehand.

The receptionist was very surprised and happy to see me on my arrival, but upon finding out that I wanted to apply for ACS, her beaming smile vanished, replaced with an expression of indifference. I passed a medical examination, filled in the papers and went home to wait to be summoned to the commission to approve my transfer to ACS.

I prepared a whole speech for them about the unacceptability of unquestioning obedience, my philosophy of nonviolence and the freedom of the will. I stood with dignity for two long hours as I faced a barrage of caustic questions – "What, you're not a man, are you?", "What if the enemy attacks?", "Got long hair, perhaps a hippie?" – and was eventually issued an alternative serviceman’s certificate.

You are not asked about your preferences when a duty station is selected. You can be appointed to any public institution – libraries, hospitals or public transport. I was lucky; I became a postal worker at a central Moscow office, just 30 minutes away from my home.

During one draft campaign, an average of around 300 people apply for alternative service. For comparison, 150,000 young men are recruited to military service during the same period. Refusals are rare and most often due to the violation of the deadline for applications. The main reason for the unpopularity of alternative civilian service is down to a simple unawareness of this possibility among Russians.

The office workers were mostly women and occasionally men of between 40 and 50. Many of them had been working at the post office for over 10 years. Only once did I meet another young man of my age.

He turned out to be an alternative serviceman, too, who had found himself at the post office for religious reasons – he was a Jehovah's Witness. The probability of our meeting was so small that we joked as if we were hallucinations of each other.

The work of an alternative serviceman is no different from that of a usual employee: responsibilities, schedule, pay, vacation, sick leave. But for two years – instead of one as in the military service – you are tied to one place, without the possibility of changing your position or profession.

I came to my office by seven in the morning, sorted mail for my sector and then delivered it to the relevant addresses. My morning walks were enlivened by audiobooks and podcasts in my MP3 player. For two or three hours, I went around my sector, which contained 16 buildings. Having learnt quickly how to do my job effectively, I often finished my working day before the scheduled time of 2 p.m.

Six months later, I was entrusted to deliver pensions. It's a pretty responsible job, and it wasn’t just about the amount of money that I carried on me, but also about dealing with the elderly. They were waiting for me every month on a particular day, and gave me loose change as tips.

I remember how, at the very beginning of my service, my colleagues reacted aggressively to me, saying that I was "dodging" army service and making malicious remarks about my unconventional appearance. However, as time passed, they started getting used to me and treating me like one of their own. Now they are asking me to stay and saying they will miss me.

I have no regrets about the two years I served at the post office. I would hardly have had a chance to get to know these people in my normal life. And, most importantly, I have remained true to my convictions and fulfilled my civic duty.

When walking around town next time, look for mailboxes hanging on the walls. Every day, as most people are getting ready to go to work, someone carries out their letters. And maybe, John Lennon's song "Imagine" is playing in the headphones of this man, just like it was in mine.