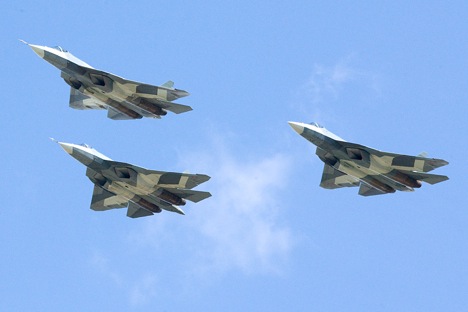 According to statements from the Defense Ministry, the Russian military has revised plans to buy 52 fifth-generation T-50 fighter jets under its Prospective Airborne Complex of Frontline Aviation (PAK FA) program due to budget limitations. The initial purchase will now be limited to just 12 planes, after which the armed forces will decide on further acquisitions.

The Russian military may purchase a smaller number of fifth-generation T-50 fighter jets as part of its Prospective Airborne Complex of Frontline Aviation (PAK FA) program than originally planned in the State Armament Program until 2020, according to Deputy Defense Minister in charge of Armaments Yury Borisov.

The military will now buy only 12 fighters initially, and then, following operational testing and commissioning, will decide on how many aircraft of this type it can afford. The armed forces had previously made firm commitments to acquire 52 aircraft.

Borisov announced the possible reduction in the total purchases during a visit to the Komsomolsk-on-Amur Aircraft Plant. He stated that “the company is ready to start mass production of the fifth generation fighter starting in 2016.” However, the deputy minister added, the Ministry of Defense reserves the right to revise the number of units purchased.

“Given the new economic conditions, the original plans may have to be adjusted,” Borisov explained. “It is better to have the PAK FA kept as a reserve, and later move forward, while for now squeezing everything possible out of the 4+ generation fighters [the Su-30 and Su-35 – Kommersant].”

Yury Slyusar, president of the United Aircraft Corporation (UAC), told Kommersant that the Ministry of Defense has coordinated this position with his company.

According to Kommersant’s source in the military, the State Armament Program until 2020 called for the purchase of 52 T-50 fighter jets. “We even created a precise delivery schedule,” said Kommersant’s source. “In the period 2016-2018, the Russian Air Force was scheduled to receive eight fighter jets annually, and in the years 2019-2020 – 14 such aircraft each year.”

These plans were actually feasible, he said, before the country became mired in economic difficulties. “We have now reached an understanding that, to begin with, we will sign a contract for a squadron of T-50s [12 aircraft – Kommersant],” said the source. “After that, we will decide how many of them we still need – and how many we can afford.” The UAC declined to comment on this information.

Work on the PAK FA project started in 2002 and two years later a model of the aircraft was presented to Russian President Vladimir Putin. In 2010, Putin said that the first phase of the aircraft’s development cost around 30 billion rubles ($530 million), and a similar amount would be required for the completion of the work. During all this period six flying prototypes of the PAK FA aircraft were created.

Borisov said on March 23 that the military still expects to receive four additional fighters before the end of 2015 for testing. In addition, he said that in 2015 the company would also deliver to the military 14 multi-role Su-35 and five Su-30M2 fighter jets. 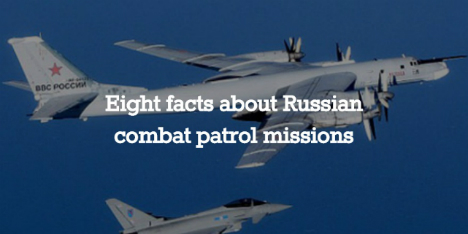