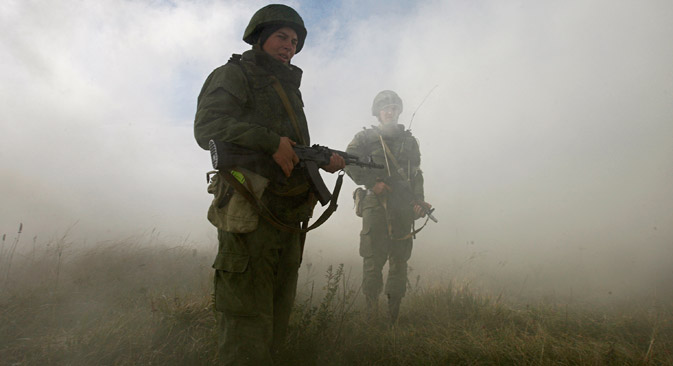 Servicemen attend a drill near the southern Russian city of Stavropol, 2012. Source: Reuters

When the USSR was consigned to the history books in 1991, so was the Soviet Army, which was carved up among the former republics as each built up its own military. The Russian Federation moved to rid itself of prominent features of the Soviet legacy, right down to the old uniform that was so synonymous with the vanished superpower.

In 1994, Russian President Boris Yeltsin signed a decree that formally abolished Soviet uniform and overhauled military dress for the first time since 1969. Part of the drive to carve out something of a new identity for the Russian state in the wake of the disintegration of the USSR, the key feature of the reform was minimalism.

All ‘excesses’ were stripped away, from specific clothing items of officers to aquamarine-colored tunics, colored epaulettes and caps. Another classic feature of the imperial and then Soviet armies, the winter greatcoat, was also hung up for good and replaced with a thick jacket.

Three years later, another decree simplified military uniform even further. Generals lost one special status symbol, the large star on their shoulder straps, which was replaced with four small stars. The eagle on the crown of their cap was also removed. The total number of uniform elements and equipment items was halved compared with the Soviet period, although new sleeve insignia was introduced, possibly as a form of ‘compensation.’ 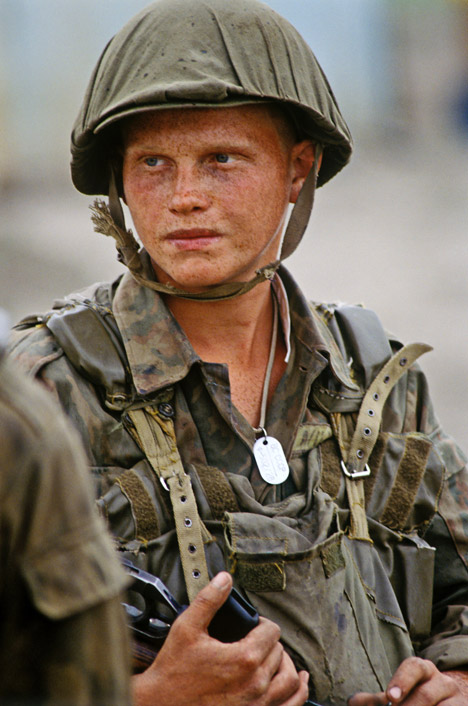 Overall, though, the Russian soldier did not look very different to his Soviet forebears: He wore a cap in the summer, a hat with ear-flaps in winter, a tunic coat and khaki jacket, the same pants and tarpaulin boots. Most experts were critical about the shortcomings of the field uniform in modern warfare conditions. But ​​a full-scale reform was mulled for years before being finally implemented in the late 2000s, developed jointly by military and civilian designers, including from the fashion world.

Bringing the Russian soldier into the modern age

The latest pattern was far different to anything that had preceded it. First it was decided to relocate epaulette insignia to the chest and sleeves, responding to the perennial dilemma that prominent markings of senior officers also made good targets for the enemy. The switch lasted a few years before general opinion against this returned the epaulettes to their original location. Most other changes stuck, however.

The uniform was made of a variety of materials and with multiple layers. Three types of coats appeared, one for warm weather wear, a waterproof jacket and a polyester coat. Instead of the tunic jacket for everyday wear in non-field conditions, the so-called ‘office suit’ of light jacket and trousers was introduced.

Cap style changed and the headwear range saw the addition of berets, previously only worn by airborne forces and marines. The winter hat was fitted with long Velcro flaps that could fasten at the back or under the chin. The crown of the officer’s cap was significantly reduced to look like the pattern worn by tsarist officers and WWII Soviet commanders. 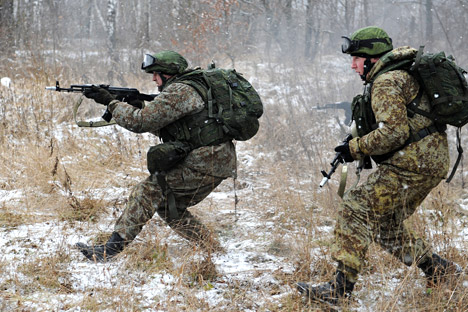 The forces had to part with some traditional dress elements, including the leather belt and brass buckle, the stalwart tarpaulin boots and, in the greatest departure from tradition, foot bindings, which had been worn for centuries and were a key element of Russian soldiering folklore. Completing the switch to modernity, plastic zippers finally replaced buttons. Standard issue field equipment also was enlarged with more items.

Moving forward with an eye on tradition

While world military dress and equipment evolve ever closer to the futuristic visions of early science fiction authors, distinctive hallmarks of traditional dress refuse to surrender in many armies, and remain as a testament to a long legacy of service.

Today, after 300 years of evolution, Russian military uniforms are among the finest contemporary designs, while still retaining elements from the Soviet and even the imperial eras. The officer’s tunic is again aquamarine-tinted, harking back to the pre-revolutionary era. Embroidered laurel leaves on the lapels and golden epaulettes also espouse glorious past eras. And visitors to the Moscow Kremlin will see that soldiers of the Presidential Regiment stationed there still even wear the original 19th century guardsman’s cut of uniform. 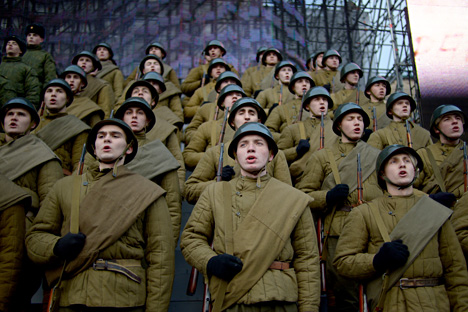 The Soviet WWII uniform: No frills but a little too eye-catching