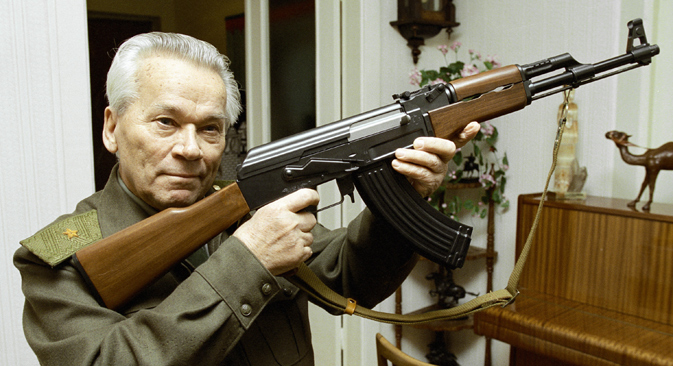 Faced with a growing demand for firearms for Russia’s armed forces in the early 19th century, Tsar Alexander I ordered the construction of a large rifle plant 750 miles east of Moscow, in the forests along the Izh river. Over the years, an entire city sprang up around the arms factory, which in time was to become the home of the world-famous Kalashnikov rifle.

By the early 19th century, small arms manufacturing in Russia had hit a bottleneck where demand was so great that the only two functioning arms factories in Tula and Sestroretsk could not keep up. As the storm clouds gathered again over Europe, mining engineer Andrei Deryabin was given and fulfilled the seemingly impossible task of creating a whole new arms manufacturing center in just a short time.

In the first years of the new century, rifles were still being hurried off crude, makeshift production lines at the cost of quality, leaving the Russian army’s troops struggling to compete with prized weapons like the French 1777 infantry musket. Instead, the tsar’s forces bore a chaotic mix of 28 small arms of different calibers, severely complicating the logistics of supplying ammunition.

There was no quick fix for this situation amid an acute lack of capacity and time. Pressured by growing external threats, the government ordered the construction of additional weapons production facilities. One new site was located in the forests on the Izh river 750 miles (1,200 km) east of Moscow, near an existing but run-down metallurgical plant. Founding the arms factory gave it a powerful development boost and the plant became the nucleus of the future city of Izhevsk in the Russian republic of Udmurtia.

The area could not have been better suited to the task, abounding in plentiful raw materials like Urals iron and charcoal fuel from the dense surrounding forests. The Izh flows into the wider Kama and thus into the Volga, which provided a huge ready-made network for the delivery of production to the center of Russia. 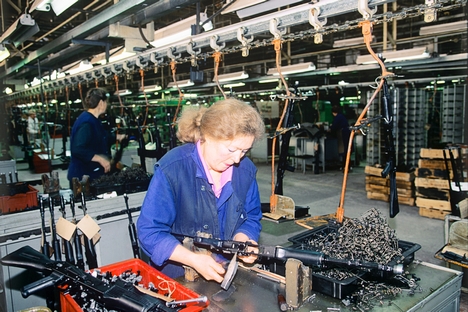 The weapons factory was built under the tireless supervision of Deryabin, whose monument stands today at the site. He faced the ambitious task of quickly creating from scratch a complete production cycle more powerful than any other Russian company and with specialized workshops for each stage of rifle manufacture, from calibration to locking mechanisms. Foreign specialists were also brought here to train local gunsmiths.

Five years on, in 1812, the plant was up and running. By the outbreak of the war against Napoleon it had produced 2,000 units of the 1808 17.7 mm smooth-bored rifle, which were comparable in quality to the French model. During the years of the war with Napoleon the plant made another 6,000 rifles, as well as cavalry rifles and short hunting rifles, pistols, bayonets and different swords, sabers and cutlasses.

Production kept growing, and 25 years after Deryabin set to work, the Izhevsk plant was turning out 25,000 rifles a year. In 1836, it set an absolute record among Russian arms companies, clearing 30,000 units of small arms. Meanwhile, a city in its own right had grown steadily around the complex.

From 1853-1856. Russia fought a gruelling war in Crimea, during which it took on Europe’s great military powers. The conflict saw the timely introduction of the new Izhevsk percussion rifle in place of the flintlock, marking a sea change in traditional rifle design. By the start of the war the plant had managed to produce around 40,000 units, while another 130,000 firearms came from Izhevsk during the war years.

From privatization to mass production

The year 1867 brought one of the first experiences of privatization of state property in Russia, in which the Izhevsk plant was privately leased. Over 15 years, private capital gave a massive boost to production, and in 1878 the facility manufactured a staggering 160,000 rifles. 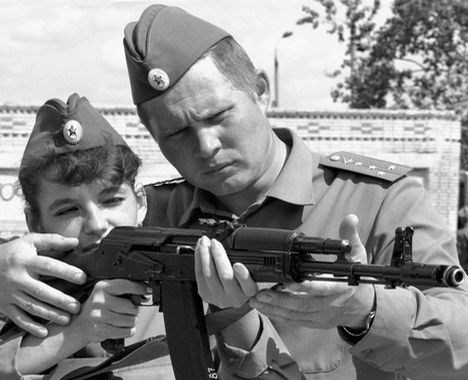 In 1884, Tsar Alexander III decreed that the plant should be returned to the Treasury for the large-scale production of the new Russian “3-line” caliber (7.62mm) Mosin bolt-action rifle. The model became a staple of the plant in the coming decades, with production of 2,000 units a day during the First World War and a total of 1.5 million units from 1914 to 1918. The plant survived the Civil War, after which it mastered the new production of hunting rifles, which today are still considered the best in Russia.

The Izhevsk Mosin was a primary weapon of Soviet soldiers during World War II, after which the plant was expanded on an unimaginable scale after the late gunsmith Mikhail Kalashnikov laid down a landmark in the history of global weapons production. In 1949, production of the legendary Kalashnikov assault weapon began at the plant, which was later named the Kalashnikov Concern in honor of its designer. The plant today is the country’s largest and supplies its weapons to 30 countries. 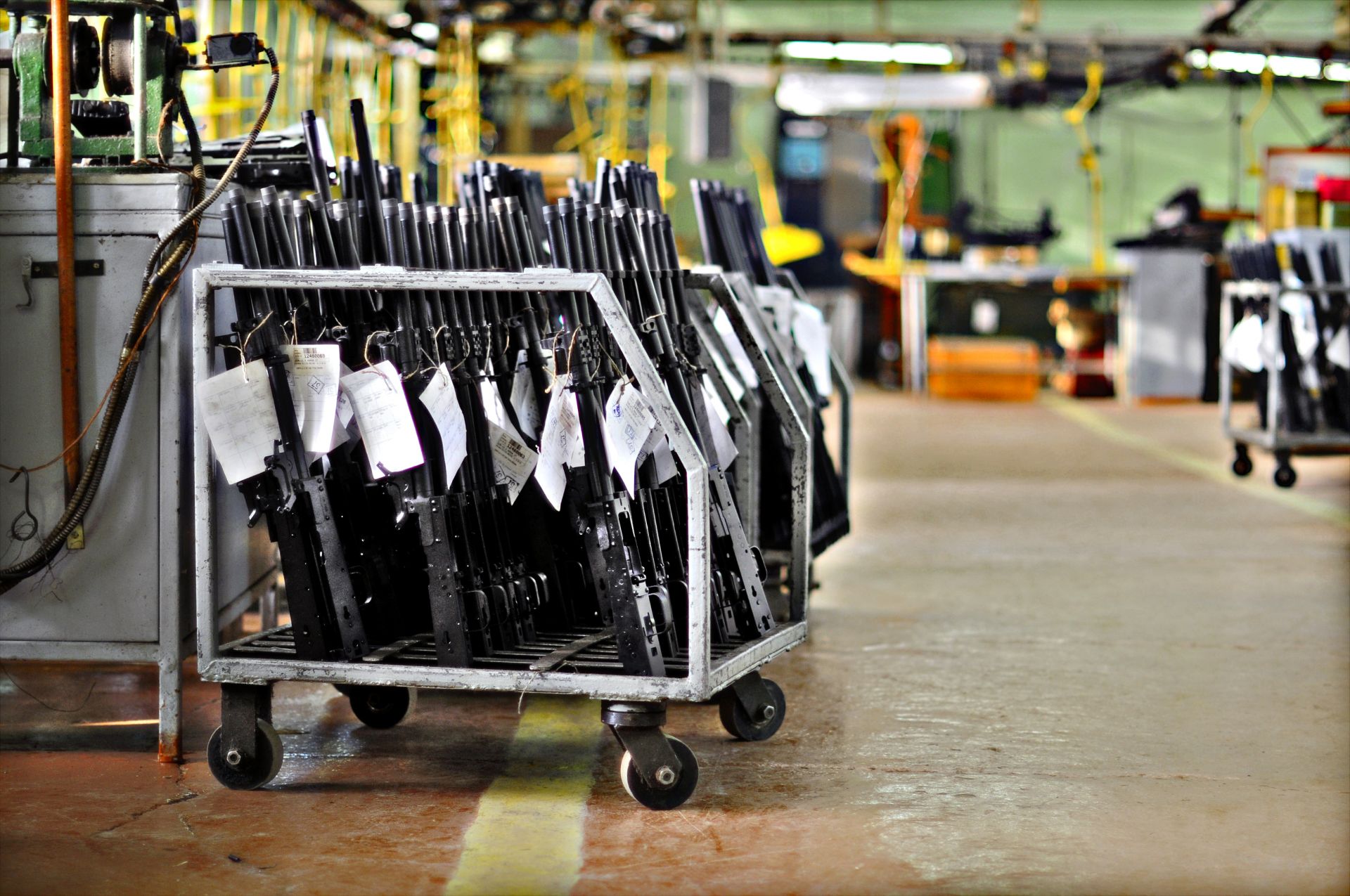 Russian Megafactories: The true story of the Kalashnikov assault rifle