Sevmash: The home of the USSR’s underwater giants 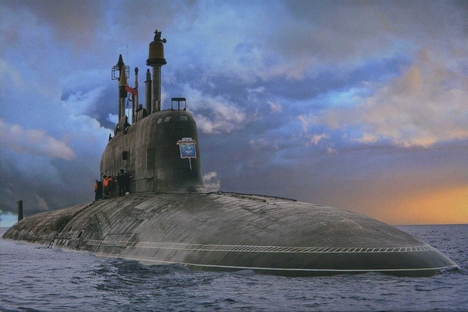 In less than 80 years, Sevmash has built approximately 170 submarines of all classes for Russia. Source: Press photo

Until the 1930s, the Soviet coast on the Barents Sea was an icy wilderness. The region’s harsh climate, sparse population and near absence of communications made it unsuitable for development. Only on the eve of World War I, faced with the prospect of a total blockade of the Baltic and Black seas and Russia’s supply routes to Europe, did the government begin thinking about building port infrastructure on the Kola Peninsula. Murmansk became the first Russian harbor on the coast of the Arctic Ocean. However, from a military perspective the area was not developed for a long time.

Everything changed as World War II loomed. The experience of the First World War revealed a glaring weakness in Russia’s defenses. Despite the country’s vast territory, it was highly vulnerable to naval blockade.

The German Navy had easily cut off the Baltic and Black seas. This forced the Soviet Union and its Western allies to shift its transport links to the Far East corridor, which was ill-prepared in terms of logistics, as well as to the sea route through the North Atlantic, a passageway that was virtually defenseless against attack by German submarines.

The survival of the country primarily depended on a strong army, which itself was dependent on vital supplies from overseas. The very logic of the next impending global conflict pushed Russia towards consolidation along the bleak shores of the Barents Sea.

In 1936 the Soviet leadership made the fateful decision to establish a large shipyard for the construction and repair of large vessels on the shores of the White Sea. The conditions for such a large-scale facility here were poor and the mammoth task entailed more than simply creating the actual enterprise. An entire city needed to be built up around it within the course of just a few years.

Beginning in 1939 a large settlement appeared in the northern taiga known today as Severodvinsk. A shipbuilding yard was constructed with incredible speed and within three years of its creation the foundation for the first battleship was laid. It was believed that this series of floating armored fortresses would protect the Arctic from the enemy. However, the authorities underestimated the resources needed to complete the ships. By 1941 none of the vessels were ready and the war years did not allow the time or resources to finish their construction.

The Soviet leadership then took what they saw as the only remaining course of action. In 1941, the Severodvinsk shipyard switched to the production of small warships. They were relatively cheap, but effective in the fight against German submarines. Dozens of Allied convoy vessels had been sent to the bottom of the sea by the Germans during operations to supply military equipment to the Soviet Union. Submarine chasers, small class underwater vessels, destroyers and light cruisers were the main products of the shipyard. During the years of the war, they managed to build more than 30 vessels.

However, the real rise of the Sevmash shipbuilding enterprise came in the post-war years. Its northern coastal location, long a hindrance in the region’s earlier development, suddenly played a crucial role when the advent of the Cold War rendered the whole North Atlantic a vast potential battlefield.

The decision to restructure production at Sevmash on a large scale was made personally by Joseph Stalin. In the two decades from 1950 to 1970, Sevmash became the world’s largest nuclear shipbuilder under the direction of Soviet engineer Yevgeny Yegorov.

In 1955 the U.S. Navy unveiled its first atomic-powered submarine. The Soviet response was immediate. Within three years the Leninsky Komsomol nuclear submarine, the forebear of the entire Russian nuclear submarine fleet, emerged from the shipyards to launch a new era of naval warfare.

Beginning in the 1960s submarines were equipped with nuclear missiles operating on the assumption that a vessel hiding under the ice could launch a nuclear strike from anywhere in the Arctic region.

In the 1970s Sevmash began a globally unprecedented project cloaked in maximum secrecy. Its yards began the construction of a fundamentally new type of submarine characterized by its enormous size: it was more than 170 meters long with a submerged displacement of nearly 50,000 tons. The appropriately named Akula (Shark) class entered the Guinness Book of Records as the largest man-made structure ever to plumb the depths of the oceans.

After the collapse of the Soviet Union, Sevmash was the only production facility in Russia capable of carrying out the full cycle of nuclear submarine construction. After a battle for survival in the 1990s, the shipyard is now central to the modernization of Russia’s nuclear submarine fleet, and also produces the Borei and Yasen classes of cruisers.

In less than 80 years, Sevmash has built approximately 170 submarines of all classes for Russia. These vessels have made an invaluable contribution to the country’s military defense. 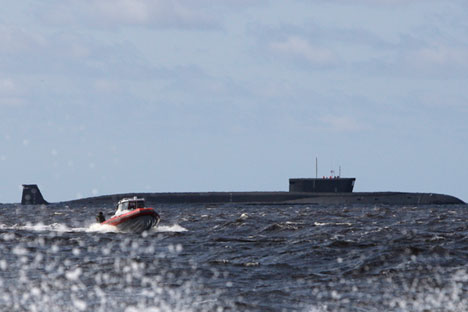