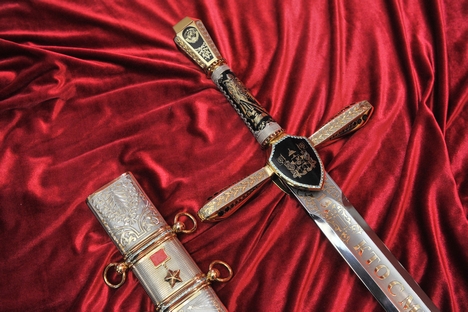 The sword made by Zlatoust arms factory commemorating 70th anniversary of the victory in Great Patriotic War. Source: TASS

Russian armorers have for centuries been famed for their steel side-arms, producing high-quality sabers and cavalry swords whose reputation spread far and wide beyond Russia’s borders. With time, one site in the Urals became the heart of this industry, after its plans were personally approved by Tsar Alexander I.

From the end of the 17th century, Russia’s armories started switching to the manufacture of firearms, but bladed weapons still remained an indispensible facet of production. Up to the 19th century, Russia had no companies specializing in particular types of weapons, as the tendency was for enterprises to turn out the whole range of arms. The technical aspects of making most weapons generally overlapped, and to set up factories specializing only in edged weapons was considered impractical.

This was the situation before the Napoleonic Wars, a period of unprecedented international tension for the Russian Empire. For the next 15 years this powerful European state and its huge army were involved in almost incessant wars, quickly rendering the former principles of organization of the Russian army and its armaments supply obsolete. The problem was not only a shortage of soldiers due to the absence of broad conscription, but also the pressing need to arm the available forces. At the time there only four armaments plants in the country, with very little scope to increase capacity. The government then took the crucial decision to turn these main facilities over to the production of firearms only and to build a new plant for the manufacture of edged weapons.

This marked the start of the long history of the Zlatoust arms factory, founded in the forests of the Urals (1,000 miles east of Moscow), close to the state’s metallurgical workshop in the town of Zlatoust. The site benefitted from a network of rivers that allowed the swift delivery of raw materials and products to the central Russian market, and local steelmakers were set to producing high quality iron suited for forging swords.

Tsar Alexander I personally approved the factory’s design, having sought advice and guidance from almost 100 experts from Europe. Most came from the German metalworking town of Solingen, birthplace of the world’s finest steel products and blades. Production was supposed to start in 1811, but the war against Napoleon disrupted the timetable and the Zlatoust plant only began working properly in 1815. 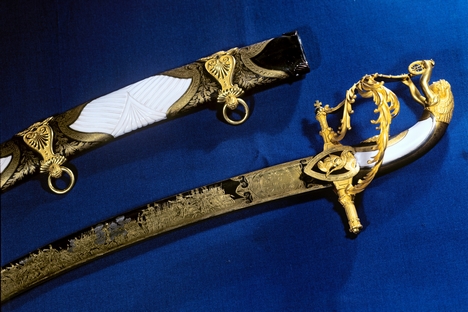 Saber and sheath by master armorer Ivan Bushuyev of Zlatoust, 1st third of the 19th century, at the Kremlin Armory. Source: RIA Novosti

Production grew slowly, and the site had not reached its projected capacity five years later, remaining dependent on old enterprises to forge steel. However, a decade later the picture was very different. By 1830, the Zlatoust plant had almost monopolized the market, producing 78 percent of Russian bladed weapons. It operated several workshops that produced the raw steel, blades for knives, daggers, bayonets and swords, with each part of sabers and cavalry swords made individually by craftsmen. From 1850, the entire Russian army was armed with weapons from Zlatoust.

The home of Obukhov steel

The plant quickly assumed industrial dimensions and also emerged as the center of experimental Russian metallurgy, its specialists creating new types of steel with great success. Engineers Pavel Amos and Pavel Obukhov became the foremost makers of Russian Damascus steel, casting steel of such a high quality that it often surpassed its foreign equivalent, with a value to match. Obukhov steel supplanted the English type that had once dominated the international market. Meanwhile, Amosov steel, apart from its sheer strength, had a distinct texture that made it ideal for the manufacture of decorative and ceremonial weapons. 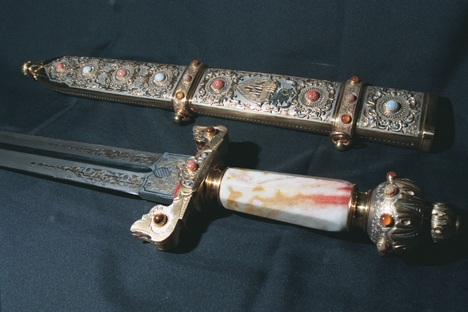 A short sword of Damascus steel decorated with preciuos stone of the Urals. Source: TASS

Custom-made steel blades became a specialization of the plant, which received its first orders after the Napoleonic wars as wealthy officers immortalized feats of battle in new ceremonial weapons. Over time, the Urals experts perfected their art, decorating blades with complex compositions from Russian history and ancient mythology, also covering them with oriental engravings and calligraphic script elements. Gilded Zlatoust blades became especially prized far beyond the borders of Russia.

From combat knives to collector pieces

The 20th century was the age of firearms, but Zlatoust edged weapons remained in strong demand. During the First World War, the plant supplied the army with half a million swords and cavalry lances. 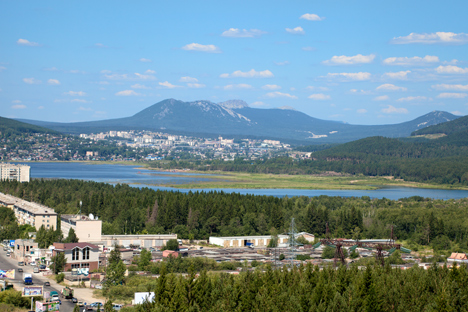 World War Two required the accelerated manufacture of combat knives, the production of which exceeded one million units by 1945. Every one of the troops that marched across Red Square in Moscow at the victory parade in June of that year carried knives from Zlatoust.

Today, the plant is still Russia's largest manufacturer of knives and edged weapons, producing more than 100 different types, including revived historical patterns like the 1881 Cossack saber. The modern Russian army also orders officer daggers for distinctive service from the Urals plant, which is not resting on its laurels: It recently began forging collectors’ knives from Damascus steel. 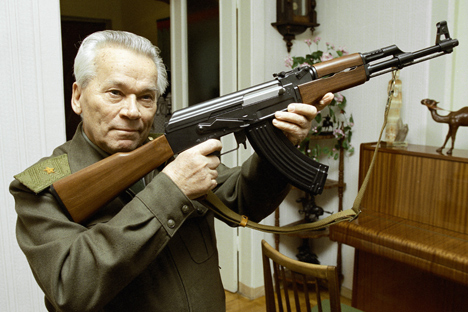