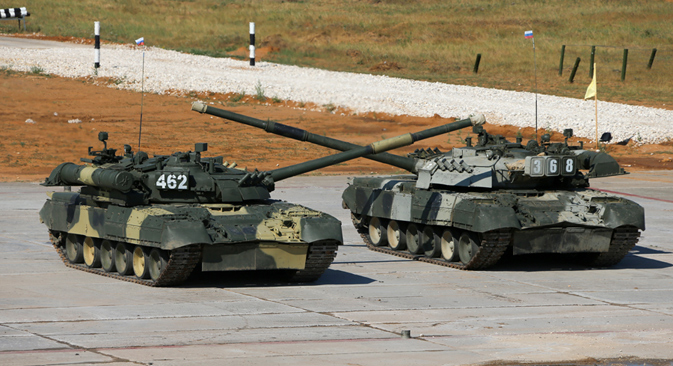 The main prize for the foreign teams is the new principal combat tank of the Russian armed forces, the T-90. Source: Press photo

The second edition of the Tank Biathlon World Championship is being held on the Alabino Firing Range near Moscow between August 1 and 15. In 2014 there were 12 participating countries, but this year the number has increased thanks to a change in the competition's format. In 2015 the tank biathlon became a part of the International Army Games.

Tank crews representing 13 countries from around the globe are putting the final touches to preparations for the second Tank Biathlon World Championship, an annual test of racing, shooting and driving prowess for the armed forces.

"Russia has created a unique and entertaining form of demonstrating the skills and knowledge of various kinds of forces and invited the armed forces of many countries," said Commander of the Chief Directorate of Military Preparation of the Russian Armed Forces Lieutenant General Ivan Buvaltsev.

"As a result this year at the International Army Games there will be more than 60 teams from different countries, something that can be compared to the Olympic Games. For Russia's Defense Ministry it is important that the games attract the attention of ordinary Russians. Large-scale and effectively dynamic demonstrations of military technology substantially increase the prestige of our army,” said Buvaltsev.

This year tank crews from 13 countries, which in the difficult political climate have proven to be Russia's partners in military-technical cooperation, will compete for first prize in heavy combat-like conditions. Among the participants will be Nicaragua, which, according to several Russian media sources, is seen as a potential buyer of Russian T-72B tanks.

The army games will be held simultaneously on 11 firing ranges that are located on the borders of three military districts (Western, Southern and Central) between the Siberian and North Caucasus military districts. The program includes 14 field, air and sea competitions.

The tank biathlon is a purely Russian invention. It is a special type of military-applied sport and a new format of spectacular competition involving real combat tank crews. The participants compete against each other in tank maneuvering, speed and accuracy in firing from the basic and additional weapons located on the tank.

This year’s tank biathlon competitions have not seen any changes with respect to 2014 and consist of four stages: an individual race, a 3-kilometer sprint, a chase and a relay race.

The 7.1-kilometer course includes a speed section, firing sections and obstacles such as a track through minefields, two slopes, a fire lane, an anti-tank ditch, a barrier and maneuvering section, a mound, two escarpments, a ford and a mockup of a track bridge.

T-72 is still the favorite

The crews will mostly be competing in Russian T-72 tanks (and its modification, the 72B3). The Chinese team, as last year, will try its luck with Chinese tanks, the Tip-96. This tank performed well last year, but the loss of its caterpillar track left China behind the Russians, resulting in a third-place finish.

The main prize for the foreign teams is the new principal combat tank of the Russian armed forces, the T-90S. Last year it was awarded to the Armenian team. This year it is difficult to predict the results of the championship since all the teams underwent intensive training before the competition, with the crews from Kazakhstan and China even training together.

Alexander Stolyarov, president of the International Tank Biathlon Federation, said that the organization was doing “everything possible” so that the 2015 tank biathlon competitions “are of a large scale and are interesting, that they are held in a competitive and fair spirit where only the strongest wins."

The Tank Biathlon World Championship will also include a festival that will show the most important periods in Russian military history, as well as the most vivid moments in Russia's evolution: the Battle of Kulikovo (in 1380), the victory over the Polish intervention of 1612, the Battle of Poltava (in 1709), the Battle of Borodino (in 1812) and World War II. The present day will be shown through modern interactive solutions that are not related to war, which indirectly symbolizes the peace and tranquility that today's society hopes for. 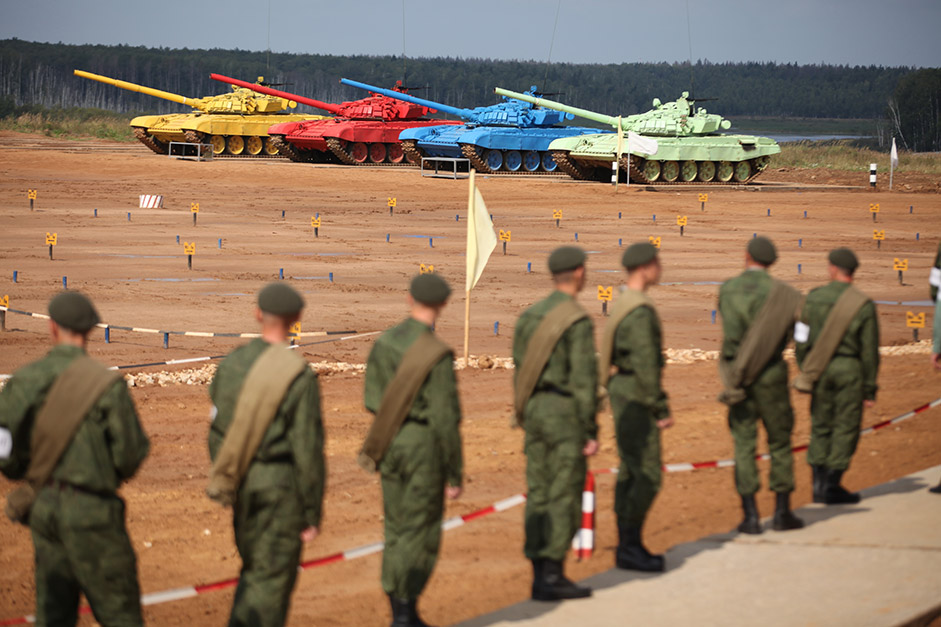 IN PICTURES: In Russia, even tanks practice biathlon