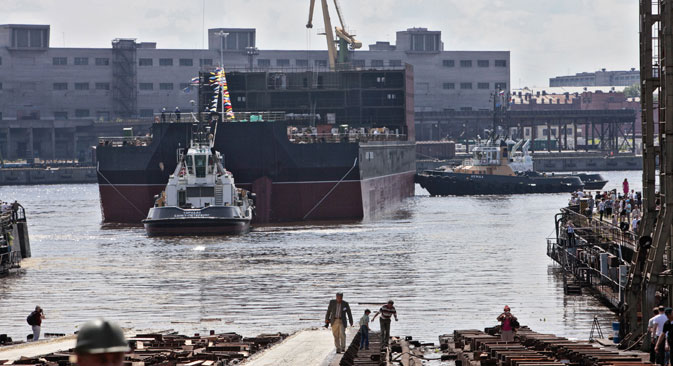 Founded in the mid-1800s as a response to Russia’s defeat in the Crimean War, St. Petersburg’s Baltic Shipyard was to become the heart of Russia’s shipbuilding industry, producing the warships that made the Russian navy one of the world’s most powerful. In time the shipyard also became a center of the submarine industry.

The mid-19th century was a monumental period in the history of the Russian fleet. The 1853-1856 Crimean War, fought by Russia against the major European powers, particularly highlighted the navy’s need for a fundamentally new development strategy. Its core of sailing ships fell far short of the demands of the time, being inferior to wooden and metal steamers in every respect, and drastic and rapid modernization of the fleet was essential.

Very few Russian companies were capable of launching short-term production of a new generation of ships, however. This required the creation of advanced industrial cycles, from steel and mechanical production to the manufacture of completely new armaments.

Faced with this challenge, the Russian government opened the way for private initiative. In 1856, it drew on the experience and manpower of its former Crimean War adversary Britain, bringing in the merchant Matthew Carr and the engineer and former British subject Marc McPherson to create a new armored fleet. 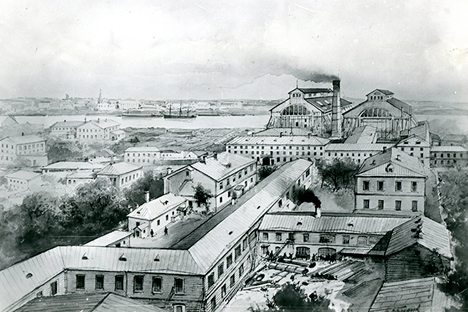 The combination of Carr’s capital and McPherson’s knowhow allowed the creation in under a decade of a new plant that could perform the full cycle of modern warship construction, from casting steel armor plates for the hulls to the installation of steam engines and other maritime equipment. In the 1860s and 1870s, the construction cradles of the Baltic Shipyard, which occupied part of the southern shore of St. Petersburg’s Vasilyevsky Island, gave rise to the Russian armored fleet.

In 1862, the shipyard built the navy’s first metal vessel, the gunboat Experience. Six years later, it was the turn of the large ships, and the coastal defense battleship Admiral Lazarev was a major innovation for Russian shipbuilding. Three of its gun turrets were armed with 229 mm guns, making the Admiral Lazarev one of the most powerful ships of the Russian Imperial Navy. Thanks to the expertise and unique technology that was tried and tested in this project, the Baltic shipyard became the first in Russia to mass-produce armored vessels.

Russia’s large-scale military development program of the 1880s and 1890s made it the world’s third-largest naval power after Britain and France. The Baltic Shipyard made a huge contribution to this achievement, and it was here that the largest and most powerful battleships of the time, including the Victory-class cruisers, were built. On the eve of the First World War, the shipyard also fulfilled a major government order for the construction of the dreadnoughts Petropavlovsk and Sevastopol.

However, it was another activity that would truly consolidate the reputation of the Baltic Shipyard: Here in 1866, 30 years ahead of Russia’s western rivals, shipbuilders constructed and tested a submarine designed by engineer Ivan Alexandrovsky. Although this unique knowledge was not used to mass-produce submarines, the shipyard still became the center of Russia’s submarine construction.

In 1900, a specialized underwater diving department was created and the Morzh (Walrus) and Snow Leopard submarine classes were built. The same department formed the basis for the Rubin design bureau in the Soviet era, and still designs Russian submarines today. 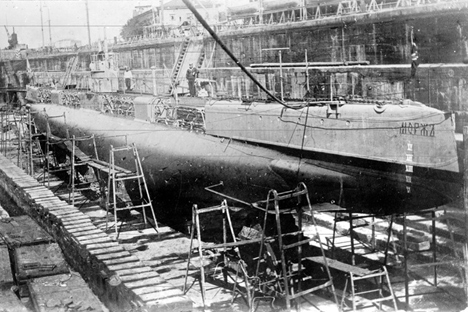 In the Soviet years, the shipyard also quickly mastered civil shipbuilding skills. The entire range of vessels that the Soviet Union needed in large quantities – barges, freighters, tankers and passenger vessels – were produced here. It was the site’s huge capacity that resulted in its selection for an ambitious program in the 1970s to the 2000s to build a series of next-generation nuclear-powered icebreakers.

Adapting to the modern era

The first, the Arctic, reached the North Pole for the first time in 1974. The 50 Years of Victory, the last icebreaker to come down the slipway in 2007, is the largest in the world with a displacement of 20,000 tons. Today, the most ambitious and complex civil project underway is the construction of the world's first floating nuclear power plant. 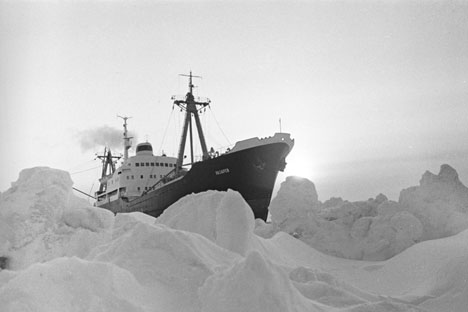 Icebreaker "Admiral Lazarev" in the Sea of Okhotsk, 1966. Source: May Nachinkin / RIA Novosti

But military shipbuilding is still the priority, having survived the crisis that hit the Russian military-industrial complex in the 1990s. In total, the shipyard has built three Eagle-class heavy nuclear missile cruisers since the 1980s, the Admiral Ushakov, the Admiral Lazarev and the Admiral Nakhimov. In 1998, the fleet commissioned the last Orlan cruiser, the Pyotr Veliky, which is now the flagship of the Russian navy and is unrivaled on the world’s seas in its firepower. 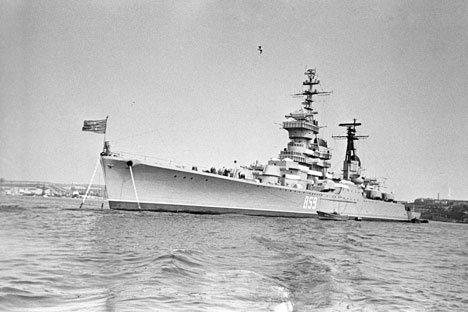 Now, having completed a major international order for the construction of a squadron of frigates for the Indian Navy in 2004, the Baltic Shipyard is using its extensive and varied experience to again assert its presence in the global arms market. 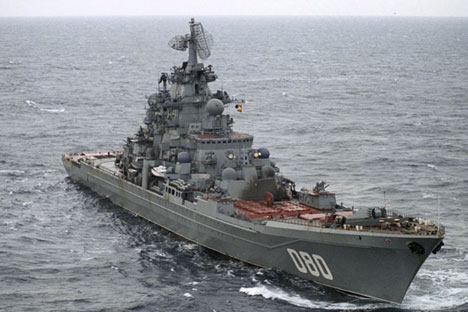