Russia may sell submarines to Morocco – with Saudi help 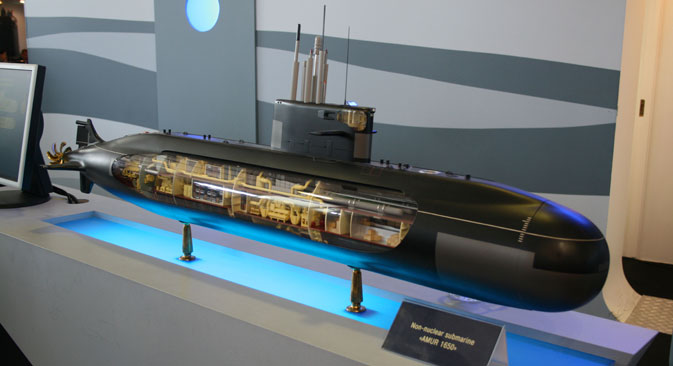 Compared to other non-nuclear submarines, the Amur-1650 is distinguished by its low sound emission and equipment that allows it to detect insignificant sounds emitted by other vessels. Source: Wikipedia.org

Moscow and Rabat may sign an agreement on the supply of the Amur-1650 submarine to Morocco during the visit of King Mohammed VI to Russia later in the year – and Riyadh may be footing the bill.

According to the American newspaper World Tribune, Moscow and Rabat may sign an agreement on the supply of the Russian Amur-1650 diesel-electric 4th-generation Project 677E submarine to Morocco.

This may happen during Moroccan King Mohammed VI's visit to Russia at the end of 2015.

One of the reasons for Morocco's determination to modernize its navy is the arms race with main regional rival Algeria, which already has two Varshavyanka Project 636 submarines, two Paltus Project 877 submarines and by 2017 is supposed to receive two more Varshavyankas. Morocco needs a capable underwater force in order to be able to compete with Algeria.

Compared to other non-nuclear submarines, the Amur-1650 is distinguished by its low sound emission and equipment that allows it to detect insignificant sounds emitted by other vessels.

This gives it a serious advantage over the submarines belonging to the Algerian navy.

"This contract can become the beginning of serious cooperation between Moscow and Rabat at the expense of Algiers, which, however, is responsible for this situation, having noticeably reduced the intensity of its ties with Russia,” said Lieutenant Commander Mohammed Larbi from the Algerian navy.

Another significant aspect to the possible Russian-Morocco deal is the drastic deterioration of Algerian-Saudi relations, brought about by Algeria's refusal to support the Saudi operation against Houthi rebels in Yemen. Riyadh has even openly accused Algeria of supporting international terrorism.

And now Saudi Arabia has the opportunity to take revenge on Algeria through Russia. In the event the Amur contract is signed, most likely it will be paid for by the Saudis, as has happened before.

However, the period for realizing the contract may be postponed, since China, India and Venezuela have also shown interest in acquiring the submarine. 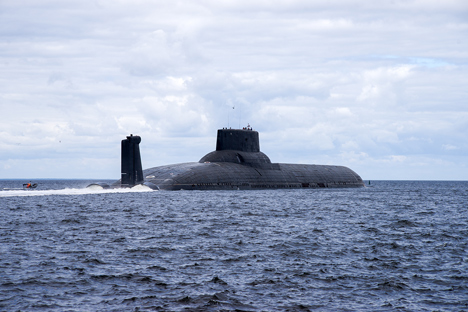