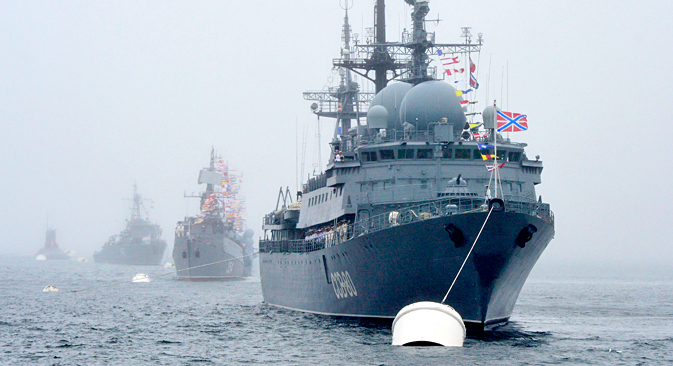 The United States has denied that the presence of a Russian intelligence ship in the vicinity of a U.S. oil exploration vessel in the northern Pacific is cause for concern.

The Russian intelligence vessel Kurily was spotted on Sept. 7 in the Chukchi Sea near the ship Nobel Discoverer, contracted by the company Royal Dutch Shell, a subsidiary of the American Shell Oil Company. Nobel Discoverer was exploring for hydrocarbon deposits in international waters.

“We aware of the Russian vessel Kurily sailing in the vicinity of the Nobel Discoverer,” said Davis. “We recognize the rights of all sovereign nations to freely navigate in international waters.”

On Sept. 3, the Ministry of Defense’s research vessel Yantar was accused of gathering intelligence near the U.S. naval base at Kings Bay in the state of Georgia. Yantar is equipped with special equipment that can cut undersea cables, which had reportedly aroused concern in the military department.

“Oceanographic vessels that operate in the interests of the military department are tasked with studying the infrastructure of foreign countries – fixed structures within reach, underwater structures and communications such as extended antennas – as well as tracking radio and electronic equipment,” said Corresponding Member of the Russian Academy of Rocket and Artillery Sciences, Captain 1st Rank Konstantin Sivkov.

“All that can be done is to create sonar interference for a ship’s technical equipment, which requires special vessels.” 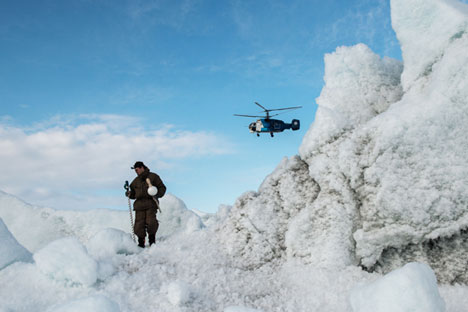