Bombs away: Converting the Tupolev bomber giants for civilian skies 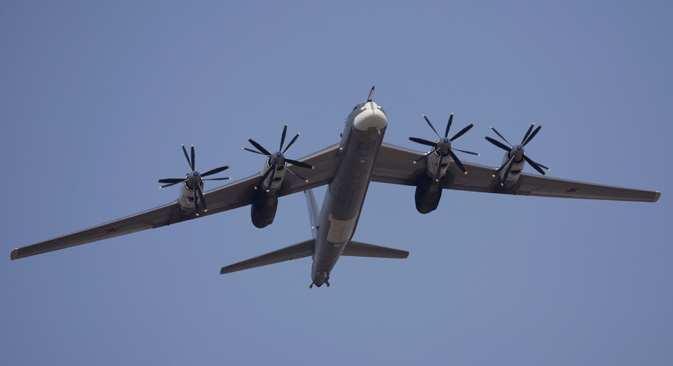 Most Russians immediately associate the name Tupolev with the workhorse civilian aircraft that carried millions of people around the USSR for decades until their recent retirement. But few know that the giant civil aviation company was originally a spin-off of the manufacture of intercontinental strategic nuclear bombers.

The story of the Tupolev design bureau began in the pre-revolutionary 20th century, when Russia had already learned the basics of aircraft construction century thanks to the early pioneers. But the scientific and industrial foundation of production was still missing.

Cue the entry of young engineering student Andrei Tupolev, who mastered elementary aeronautics after demonstrating the flair of a future aircraft-building genius from a young age, even flying in his own home-built glider in 1910. At the orders of the Red Army command Tupolev was assigned to applied aircraft research in the early 1920s, and the first fruits came in the form of snowplanes and seaplanes for the supply of troops on the ground.

In 1922, Tupolev’s work was rolled out on a permanent basis with his appointment as head of an independent team that would form the nucleus of the future design bureau. The first development under his leadership was a small monoplane named the ANT-1 after his initials, including his patronymic Nikolayevich.

The Soviet Union still did not produce the aluminium alloys needed to build aircraft, so Tupolev created this new branch of industry himself. Before long the ANT-3 was being shown off to the Europeans, marking the entry of the USSR into the airborne arms race.

This posed new challenges for Tupolev, and in the late 1920s the rapid pace of aviation technology development demanded the creation of a new world-class combat aircraft. Tupolev’s team soon submitted the ANT-5, an improved version of the ANT-3, for testing.

But the engineer’s pet projects were his bombers, which in 1925 provided the basis for the design of the ANT-4 (TB-1), a huge monoplane that had a massive lifting capacity and could fly long distances uninterrupted. In 1929, Soviet pilots flew the aircraft to the United States, where it stirred a huge sensation. The bureau’s crowning achievement in the 1930s was the ANT-20 eight-engine aircraft, comparable in size to a modern Boeing 747 and fitted with its own telephone exchange and small power station.

Several thousand Tupolev aircraft saw action in World War II, from fighters to bombers, and the latter eventually became the bureau’s flagship product. However, during the war it became clear that service of the old-style bombers had come to an end. Now the race was on to develop a fundamentally new machine with greater capacity, speed and range, and capable of carrying nuclear warheads.

From strategic bombers to passenger aircraft

Tupolev’s team submitted a design that was unfortunately unaffordable for the war-ravaged country. This prompted the government to take another course and assign the bureau the job of copying a U.S. B-29 – the successor to the legendary "Flying Fortress" B-17. This was a huge feat as it meant using only available components to build a plane that had no equivalent anywhere else in the world. Tupolev and his colleagues still managed, and the resultant Tu-4 became the first Soviet strategic bomber.

In the 1970s, the bureau was set to the task of developing missile-carrying aircraft capable of launching cruise missile strikes and rival the U.S. B-52 bomber. The result was the Tu-95MS and the Tu-160, which were created using the full might of Soviet heavy industry and with the newest construction materials and technologies. These aircraft are still the mainstay of the Russian Air Force’s Strategic Air Command today.

The first modernized TU-160 strategic bomber, which was named after its principal constructor Valentin Blisnyukov, at the Engels Airport. Source: Marina Lystseva/TASS

Meanwhile, during work on a new long-range aircraft in 1952, Tupolev realised that his bureau’s bombers were well suited for use as passenger aircraft. Five years later the Tu-114 appeared, and within 10 years more than 100 million passengers flew on this model, earning Tupolev international recognition and awards.

One trademark of his civil aircraft was the inclusion of the number 4 in their designations, through the Tu-124 and Tu-134 and culminating in the flight of the legendary Soviet Tu-154 in 1968. Along with the Concorde (UK/France), the Tu-144 was also the only supersonic passenger aircraft in the world.