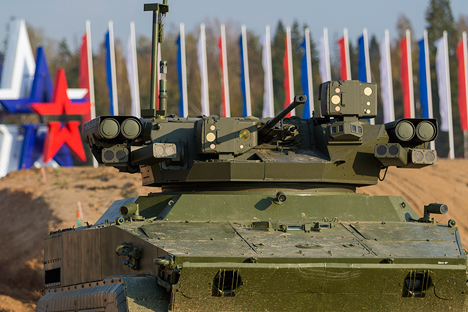 RBTH presents seven of the most remarkable innovations from the international exhibition Innovation Day of the Defense Ministry of the Russian Federation 2015, which was held on Oct. 5 and 6 in a number of Russia's military districts.

This high-explosive guided bomb, KAB-500S-E, weighing half a ton (hence the number 500), is being used by the Russian Air Force to carry out precision strikes on militant positions in Syria. It is fitted with satellite guidance equipment, which ensures it reaches the target with a high degree of accuracy.

The unmanned tiltrotor, presented by the company Helicopters of Russia, will receive a hybrid power unit and be capable of speeds of up to 300 mph. Potential customers of the tiltrotor may be not only ground forces, but naval forces as well – tiltrotors can also be based on ships.

This tracked robotic range equipment system displayed at the exhibition is able to simulate single and group actions by enemy troops. According to the Defense Ministry's press service, the system is able to automatically pull down the target when it is hit, displaying information on the zones hit and the number of hits.

The Tayfunyonok armored vehicle can be called the younger brother of the Typhoon, a family of multi-purpose mine-resistant ambush-protected (MRAP) armored vehicles, which are used for the protection of radiation, chemical and biological reconnaissance troops and vehicles, as well as command and staff vehicles and fire support vehicles.

The vehicle is fitted with a combined protection system consisting of ceramic armor, with steel armor underneath. The Tayfunyonok is based on the all-wheel drive KAMAZ-53949 chassis and is able to reach a speed of 65 mph.

At the exhibition, Russian paratroopers from the Ryazan Airborne School presented a non-freezing lead-acid battery, which is designed to work in cold climates and to ensure engine start-up for any types of military automotive and armored vehicles.

A special ultrasonic emitter inside the battery reduces the viscosity of the electrolyte in cold conditions and thereby increases its natural capacity. So starting up a tank in the Arctic is no longer a problem.

Despite dogs' long service as sappers and their high cost as combat units, it is only relatively recently that these four-legged soldiers have begun to be protected from mines. Now, mine detection dogs have obtained body armor to be protected against shrapnel and bullets.

Designed by the Nord company, the dog vest consists of the same structural units as the human one: With humans, it covers the chest and back, and with dogs – the neck and chest. Nord releases vests of different sizes for different dog breeds. Dog vests also differ in weight and degrees of protection.

In addition to patrol boats and model airfoil boats, the United Instrument Manufacturing Corporation has introduced the naval interference station Grach (the Russian for "rook"). With high-intensity light emission, Grach effectively “dazzles” the enemy at dusk and at night, allowing the ship on which the station is mounted to launch a landing force ashore.

The peculiarity of this weapon, as emphasized by the developers, is its non-lethal action and small dimensions, so the Grach is good for both a large landing ship and a small missile boat. Grach can also be used in the fight against piracy or for the interception of trespassers, and therefore this unique development has good export prospects. 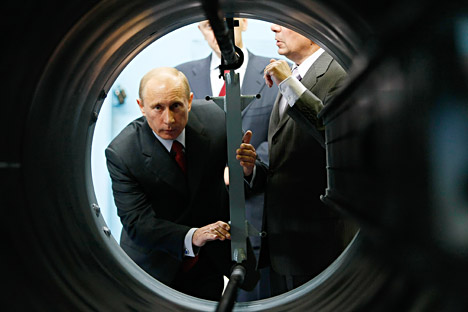 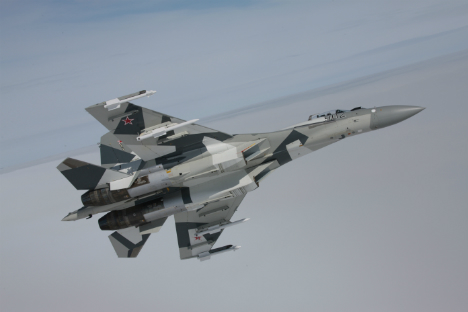