Russia requires evidence of airstrikes on civilian sites in Syria 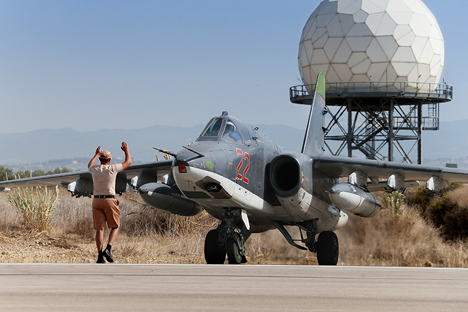 Mil.ru
Russia to see reports on airstrikes upon civilian sites in Syria as groundless if not proven

The Russian Defense Ministry will see reports alleging that the Russian Aerospace Forces have carried out airstrikes upon civilian sites in Syria as part of an informational war against Russia unless foreign media outlets prove the opposite within the next few days, Russian Deputy Defense Minister Anatoly Antonov said.

"If no proof is presented and if no official retractions are issued, we will see these anti-Russian injections as part of an informational war against Russia," Antonov said following a meeting with military attaches of several countries on Oct. 27.

The Russian Defense Ministry believes several days would be enough to analyze the matter and make the necessary statements, he said.

The Russian Defense Ministry will also conduct a careful investigation into all statements alleging that hospitals, mosques, and schools have been destroyed and civilians killed by Russian airstrikes in Syria, he said.