Il-114 to be produced in Nizhny Novgorod 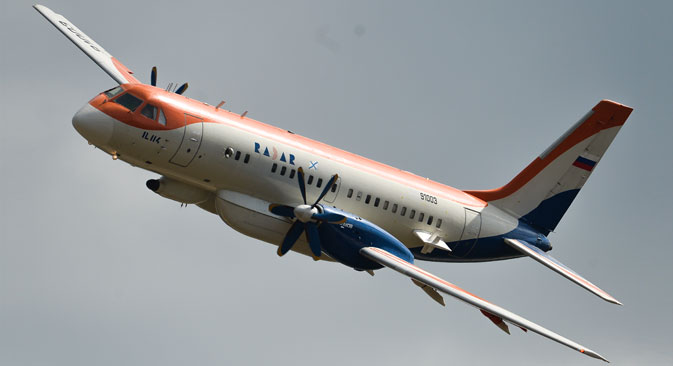 "Orders have been given to develop a short-haul plane on the basis of the Il-114. Production will be launched in Nizhny Novgorod, " Rogozin tweeted.

Until 2012 Ilyushin Il-114 planes had been produced at the Tashkent Aircraft Plant. In all, 17 planes were built, and seven of them are still in use by Uzbekistan Airways.

The Ilyushin Il-114 can take aboard up to 64 passengers. It is propelled by two TV7-117S (SM) engines, each with 2,500 horsepower. The maximal takeoff weight is 23.5 tonnes, and the maximum commercial payload is 6,500 kilograms (the commercial payload is 1,500 kilograms tops with a full fuel tank). Its cruising speed is 500 kilometers per hour, its maximum flight altitude is 7,600 meters, and its flight range is 1,000 kilometers with 64 passengers onboard and 4,800 kilometers with a 1,500-kilogram payload.