Tehran ready to buy $8 billion worth of weapons from Moscow 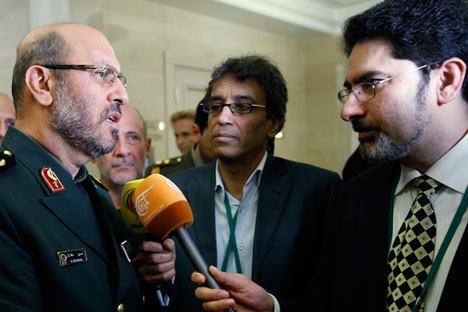 The Iranian army would like to purchase at least $8 billion worth of Russian armaments and military hardware, the newspaper Kommersant wrote on Feb. 15.

Sources from Russian military-technical cooperation entities told the newspaper that the two-day visit of Iranian Defense Minister Hossein Dehghan to Moscow, which began on Feb. 15, was expected to give a serious boost to a number of keynote arms deals.

According to the newspaper, Tehran presented a list of armaments and military hardware it would like to buy from Moscow, and the list was studied by the Russian Defense Ministry, the government and the Kremlin.

This is a package of contracts worth at least $8 billion, one of the sources told Kommersant.

Dehghan came to Moscow for a visit. He is being accompanied by a representative delegation of senior officers from the Iranian Defense Ministry.

During the two-day visit, paid at the invitation of Russian Defense Minister, Sergei Shoigu, Dehghan plans to discuss bilateral, regional and international issues with the Russian military-political administration.