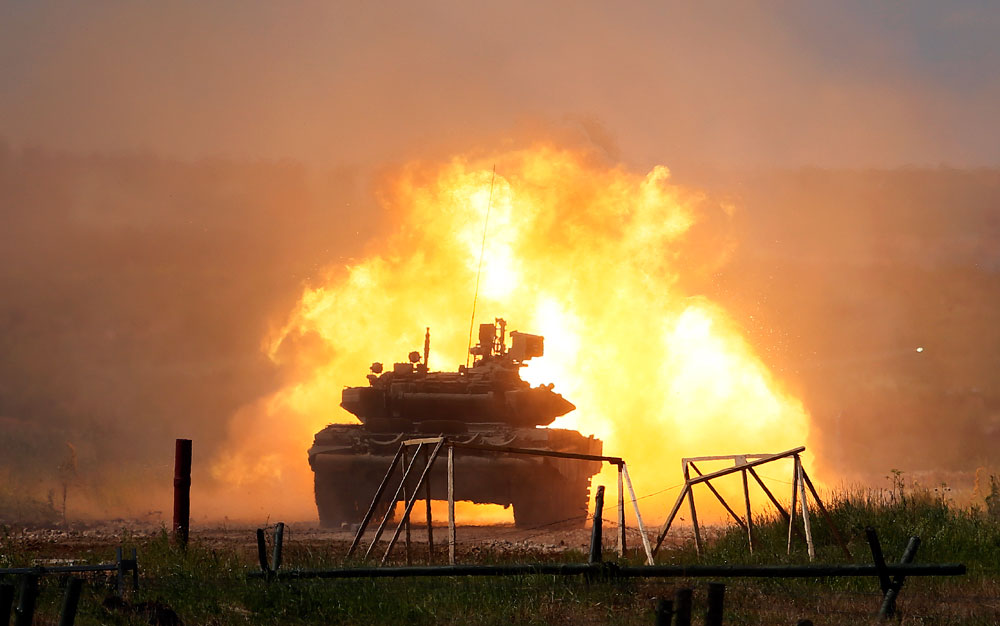 EPA / Vostock-photo
Editor-in-chief of the Arsenal Otechestva magazine, weapons expert and former tank driver Viktor Murakhovsky reveals what is being fired at tanks in Syria, who is supplying these weapons and what the new Russian tanks' strengths and weaknesses are.

A video posted by Syrian militants showing a TOW missile hitting a Russian-made T-90 tank without destroying it has been gaining popularity on the internet.

So how are the Russian-made tanks in action in Syria coping with the threat posed by militant groupings?

Judging by the abundance of such videos posted online, there is the impression that anti-tank guided missiles (ATGMs) are being used against the tanks of the Syrian government army, as well as the militants' tanks. The militants do not have great numbers of tanks, but nevertheless they appear on the battlefield.

Many of the tanks in operation in Syria are destroyed in urban battles by regular rocket-propelled grenades (RPGs).

The variety of ATGMs and RPGs used in Syria is vast. There are the Soviet-produced Fagot and Konkurs models and the more modern Kornet units that are used by the government forces. The American TOW-2As, which are supplied to the so-called moderate opposition, are also supplied by Turkey and, for example, Qatar to the Islamist groups it controls.

There are also Chinese and Iranian ATGMs and RPGs, which are used by militants and government forces, as well as by the Kurds.

During the civil war each side has seized the weapons of the enemy, including anti-tank artillery.

The American TOWs have certainly become the most dangerous weapons for Syrian tanks. The modern TOW-2A modification, which is supplied to many countries, is almost always used.

It was a TOW-2A that destroyed a damaged Russian Mi-8 helicopter as it was on the ground rescuing the pilot of the Su-24 plane shot down by the Turkish air force on Nov. 24. The missile can be fired at any target moving at a low lateral speed, including low-flying helicopters and any ground equipment.

The result of being hit on the side or in the rear by such a missile is inevitable: There is no tank in the world that can withstand a modern ATGM.

How was the Russian T-90 in the video damaged?

What do we actually see in the internet video of the T-90 being hit? We see a 1992 T-90 tank with a cast tower. We know its production year because it has the Shtora opto-electronic suppression system (its projectors can be seen on both sides of the cannon) and by the shape of the gunner's hatch.

The tank is equipped with the Contact-5 dynamic defense system and is covered with composite armor protection with reflecting plates. We see that as the left "jaw" was hit by the TOW-2A missile the dynamic defense went into effect, and it seems that the main armor was not penetrated.

The tank crew was neglectful of its responsibilities during battle: The hatches were open and the Shtora system was turned off.

As a result of the explosion of the 6 kg warhead, it was natural that the shock wave leaked into the open hatch and the shell-shocked gunner jumped out of the tank.

Soviet and Russian tanks were constructed to withstand most anti-tank weapons from any azimuth, that is, more or less 30 degrees from the machine's axis.

A lone tank is an easy target for a missile

The tactics of the crew leave much to be desired. Tanks must be used as part of a subdivision and in close interaction with the infantry. A lone tank, especially one that is not moving, is an easy target for a missile. 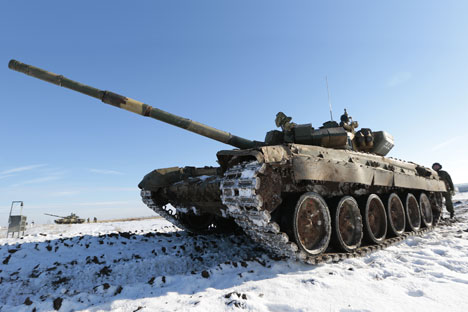 The action took place in the Sheikh-Akil settlement northwest of Aleppo, where the "Mountain Falcons of Zawiya" group, part of the 5th corps of the Free Syrian Army, is fighting. It was a reconnaissance battle conducted by the Hazaras and Afghan Shiites, who tried to occupy Sheikh-Akil but were forced to retreat.

The videos taken of the settlement on that day do not show the damaged T-90 tank. There is footage, however, of militants retreating with their equipment, which means that either the tank had left on its own or was abandoned.

I believe that the tank maintained its mobility and the crew survived. Perhaps the tank's sights were damaged.

There will not be a breakthrough in the war because of the new technology, such as the T-90 or the Su-35. But the effectiveness of combat operations on the ground can significantly increase if the tanks are used correctly: in close interaction with the infantry, artillery and aviation, and directed towards the concentration of the main efforts, not alone but en masse.